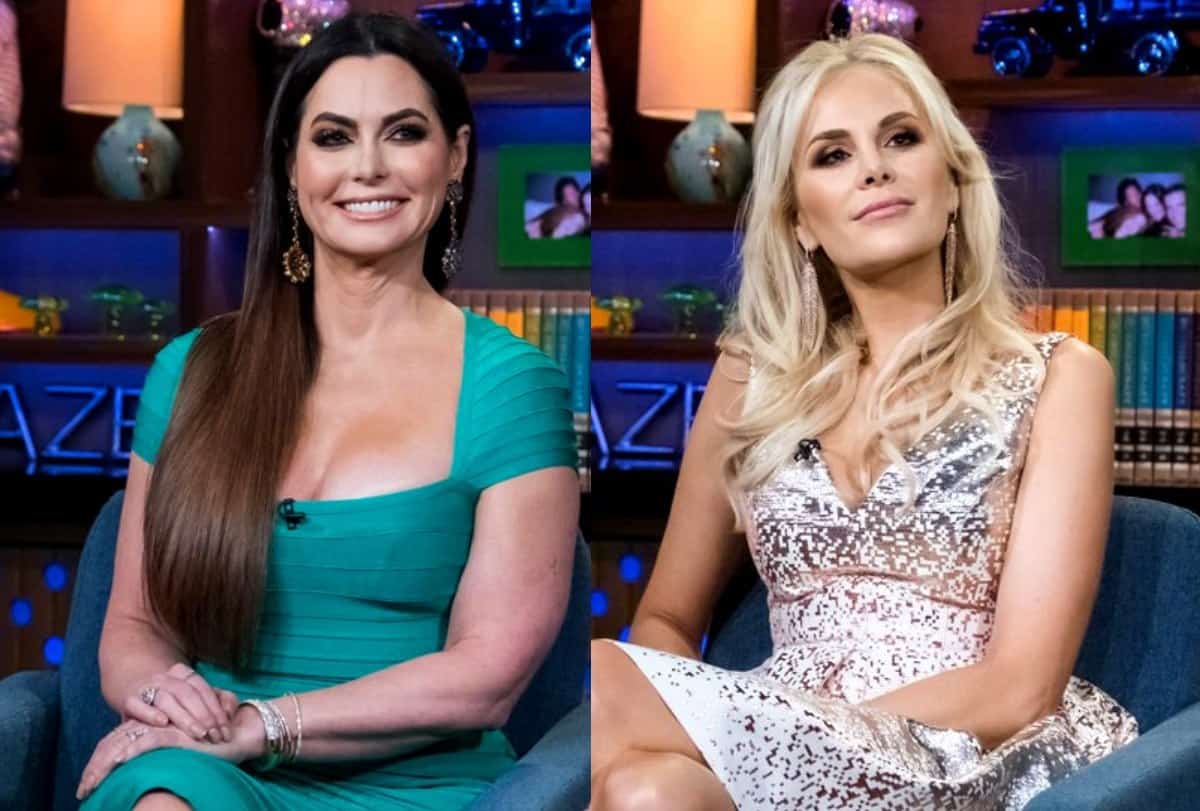 The drama on this season of the Real Housewives of Dallas continues to heat up each week all thanks to the very ugly feud between former best friends D’Andra Simmons and LeeAnne Locken.

Amid the feud, D’Andra’s fellow season two addition, Kameron Westcott, appears to have solely taken LeeAnne’s side, leading to some very strong words by D’Andra in her latest blog. D’Andra doesn’t hold back when it comes to Kameron as she accuses her of being controlled by money and having to ‘walk on eggshells’ when it comes to her marriage!

D’Andra’s harsh comments come following last week’s episode in which Kameron’s mother-in-law, Jimmy Westcott, had some words with D’Andra regarding her friendship with Brandi Redmond. See, LeeAnne had been spreading word that Brandi was a bad influence on D’Andra – claiming all they do is drink together and act out in public. This led to a rather awkward conversation with D’Andra, Kameron and Jimmy during which Jimmy, who appeared to be doing Kameron’s bidding , indirectly told D’Andra she was destroying her reputation by hanging out with the likes of Brandi.

“When Jimmy and Kameron sat me down at my mother’s best friend Marian’s lake house, I was taken completely by surprise,” said D’Andra in her Bravo blog.  “If you noticed, I barely said anything back to Jimmy. Since Jimmy is my elder, it is not appropriate that I question her unless it is done completely in private, and even then with kid gloves. I have the right to defend myself, but not in this setting.”

She continued, “What upset me most about Kameron and Jimmy’s little table talk actually was more about Kameron than about me. How sad it must be to be 35 years old, have your own business, a husband and two children of your own, and still have to be told whom you can and can’t be friends with. My mother and I are extremely close and she is a big part of my life, but she has never told me who I am allowed to have as a friend.”

D’Andra then threw some major shade when she implied Kameron, who married into wealth, is controlled by money.

“Money doesn’t buy happiness, but we all know it CAN control you if you let it. Trust me, I have been there and I am the first one to admit it,” wrote D’Andra. “I would rather live as my authentic self and be ostracized by people who are in self-imposed chains, than live under the thumb of a controlling husband or other family member. Been there, done that, bought the T-shirt!”

Oh, but she wasn’t done as she then accuses Kameron of not being genuinely concerned about her well-being, while alleging that Kameron has to work on eggshells in her marriage to husband Court Westcott.

“If [Kameron] were really concerned for my reputation, she should have come to me directly instead of gossiping about me to her mother-in-law, society, and anyone else who would listen!” she stated. “No wonder she and LeeAnne are getting along so well! Kameron did not want to hear that I wasn’t appreciative of their warnings.”

D’Andra continued, “I understand her reaction based on her life and its parameters. I now realize she walks on eggshells and must follow strict rules in her marriage. I don’t blame her for walking out. If my whole life centered around propping up the Westcott name, the best choice in that situation was probably to just shut it down.”

To close out her blog, D’Andra does insist she was genuinely hurt by Kameron’s actions and wanted to make amends when she approached her to talk about the earlier convo involving Kameron’s mother-in-law.

“There was a lot of hurt feelings on my end left over with Kameron from the cooking party. When I brought up Jimmy and Kameron’s warnings at the reveal, I didn’t do it to start an argument,” explained D’Andra. “I was coming from a place of being a hurt friend, and I had NO IDEA that Kameron would react how she did. I honestly thought since Kameron is my friend, she would see it my way and realize how uncomfortable that conversation was.”

TELL US – THOUGHTS ON D’ANDRA’S BLOG AND COMMENTS ABOUT KAMERON?