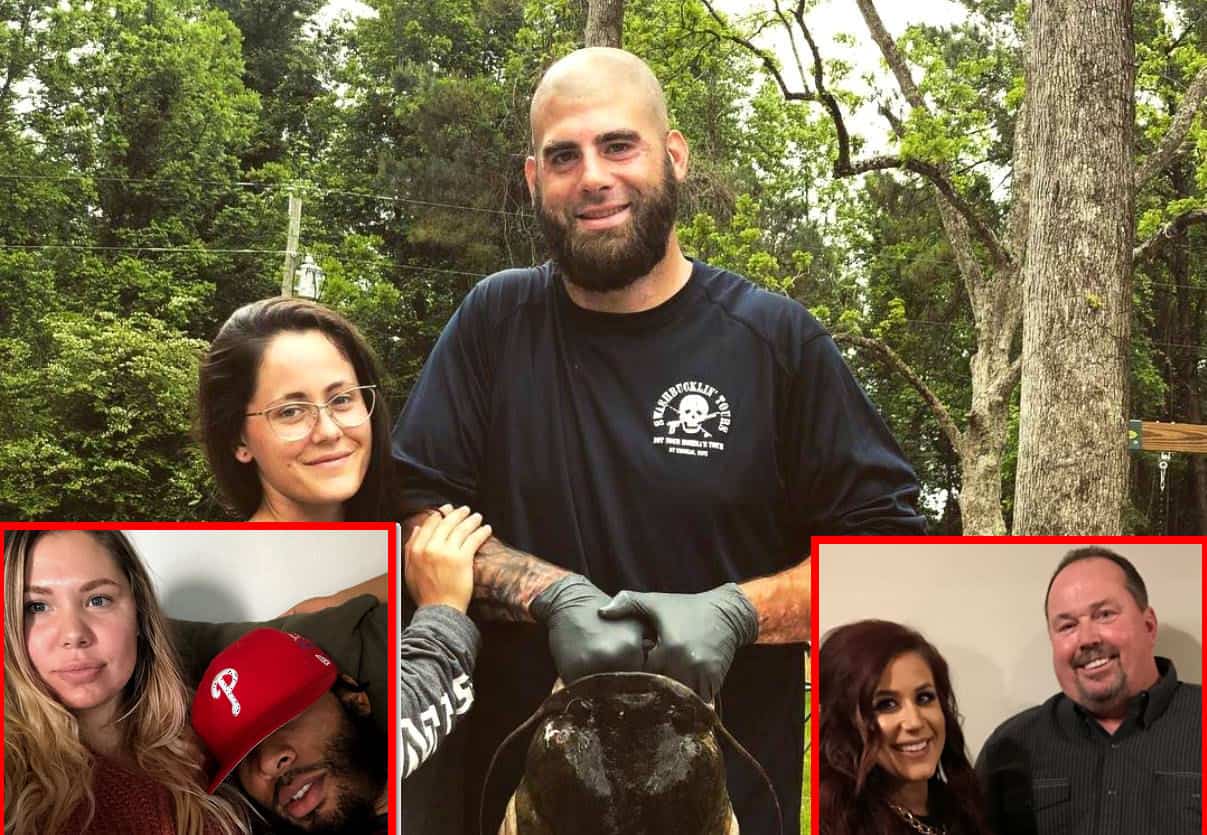 Jenelle Evans‘ husband, David Eason, took aim at her Teen Mom 2 co-star, Kailyn Lowry, on Instagram after Kailyn shared a photo taken during her Good American jean campaign shoot and proceeded to drag her ex-boyfriend, Chris Lopez, into his rant in the process.

“Loving these shots from my shoot!” Kailyn wrote in the caption of her Instagram photo before she and Chris were berated by her former co-star.

“Too bad your mans beard is patchy as f**k! Oh yea and I thought you were a lesbian? Oh I see, you just like to f**k everyone. I guess Barb was right about you lmao,” David wrote in his first response, which was captured by a user on Reddit.

“Oh and btw, Jenelle said she will NOT go on that show with you to ‘make amends’ as their was no friendship to begin with!” he added. 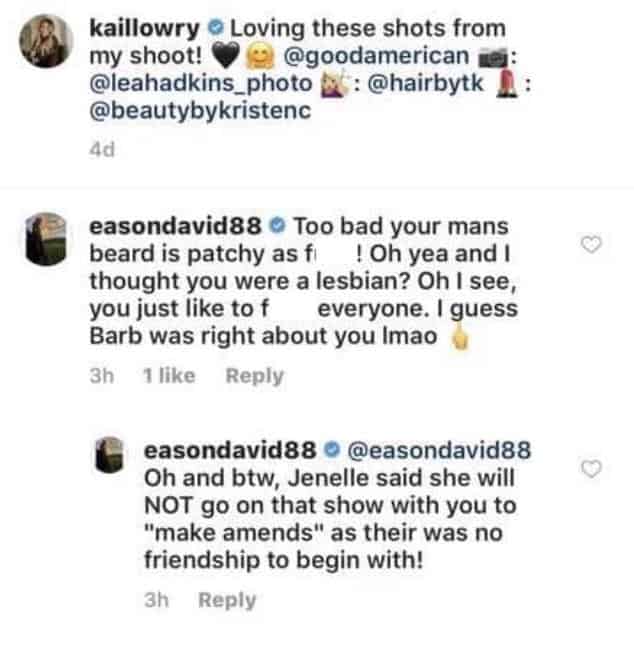 After seeing what David wrote, Kailyn shared a couple of responses on Twitter.

“Imagine being a grown a** man trolling on your wife’s costars Instagrams. ? married a winner,” her first message read.

“But we shall cross paths again one day,” she added.

Imagine being a grown ass man trolling on your wife’s costars Instagrams. ???? married a winner

But we shall cross paths again one day ????

Kailyn then said Chris was “hands down” more attractive than David before joking that David’s behavior was “classy.”

In other David Eason news, the reality star also went on a now-deleted rant on Instagram against Randy Houska, the father of Jenelle’s co-star, Chelsea Houska, after he suggested Jenelle’s jaw had been “unaligned” amid rumors of a potential assault.

As some may have seen, Jenelle shared a video, claiming she was having her jaw realigned and using retainers. In response, Randy said the only reason a jaw would need to be realigned, is if it had somehow been unaligned.

Jaws are "re-aligned" after they have been "un-aligned"

Because Jenelle had recently accused David of assaulting her and possibly cracking her collarbone (before suggesting their encounter was nothing more than a “drunk and dramatic misunderstanding”), many believed it may have been David who unaligned her jaw.

In response to Randy’s tweet, David made major threats against him.

“So, Mr. Randy, let me ask you a question, punk,” he began, according to a Radar Online report. “She was the last time you had your jaw realigned? Hey punk, huh? Need to get it straightened up? I’ll do it for you… free of charge. Come on down to my dentist’s office, bud. I can even pull teeth… I can realign your jaw.”

David then asked if the scarf he had wrapped around his face was offensive before threatening Chelsea’s dad with his collection of guns.

“I got guns, don’t f**k with me. I got vicious dogs. Very very vicious,” he continued, pointing his camera towards his pit bull.

Teen Mom 2 season nine is currently in production and expected to air on MTV later this year or early next year.