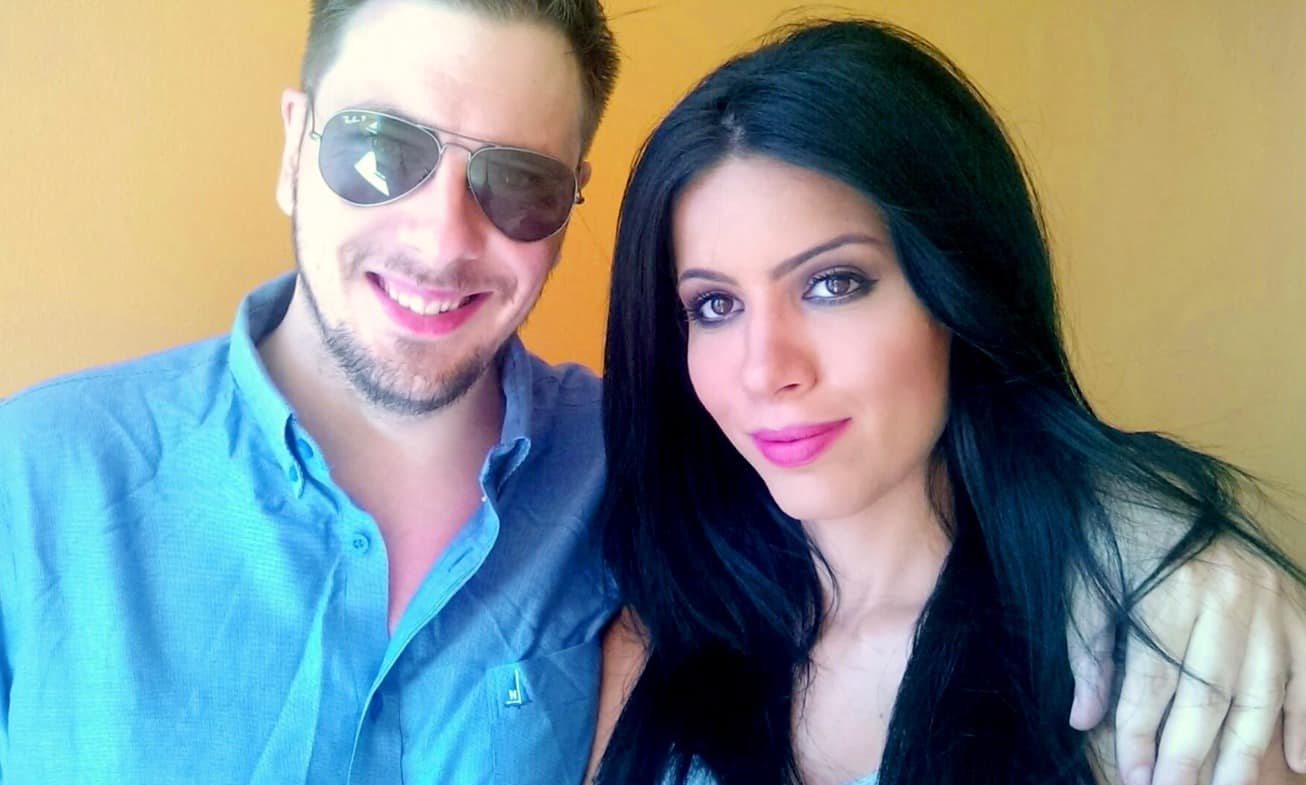 Larissa, who was released from jail on Sunday, following her arrest on Saturday for domestic battery in the 1st degree, took to her Instagram page on Monday to tell her side of the story.

After changing her bio caption on Instagram to simply say ‘Survivor,’ Larissa, 32, posted a number of comments on her Instagram Stories, first thanking everyone for their support.

“Hello everyone. Thank you for the support and love. I am safe and resting. the past 48 hours have been the most difficult in life,” wrote Larissa. “But reading the messages from all of you has made me smile. God bless and thank you.”

She then went on to explain what happened, leading up to her domestic violence arrest.

“Nobody was scratched or hurt. I’m not severe [sic] depressed. I had depression and anxiety after my first time [in] prison. I went to doctor and after we found the best medicine I’m good,” wrote Larissa.

As we reported yesterday, this weekend arrest was actually Larissa’s second arrest since arriving to the U.S. earlier this year. She was also arrested on June 19 for domestic violence and released the very next day. The first case against Larissa was ultimately dismissed on October 2.

Larissa added, “My first time [in] jail was decisive for my second arrest.” 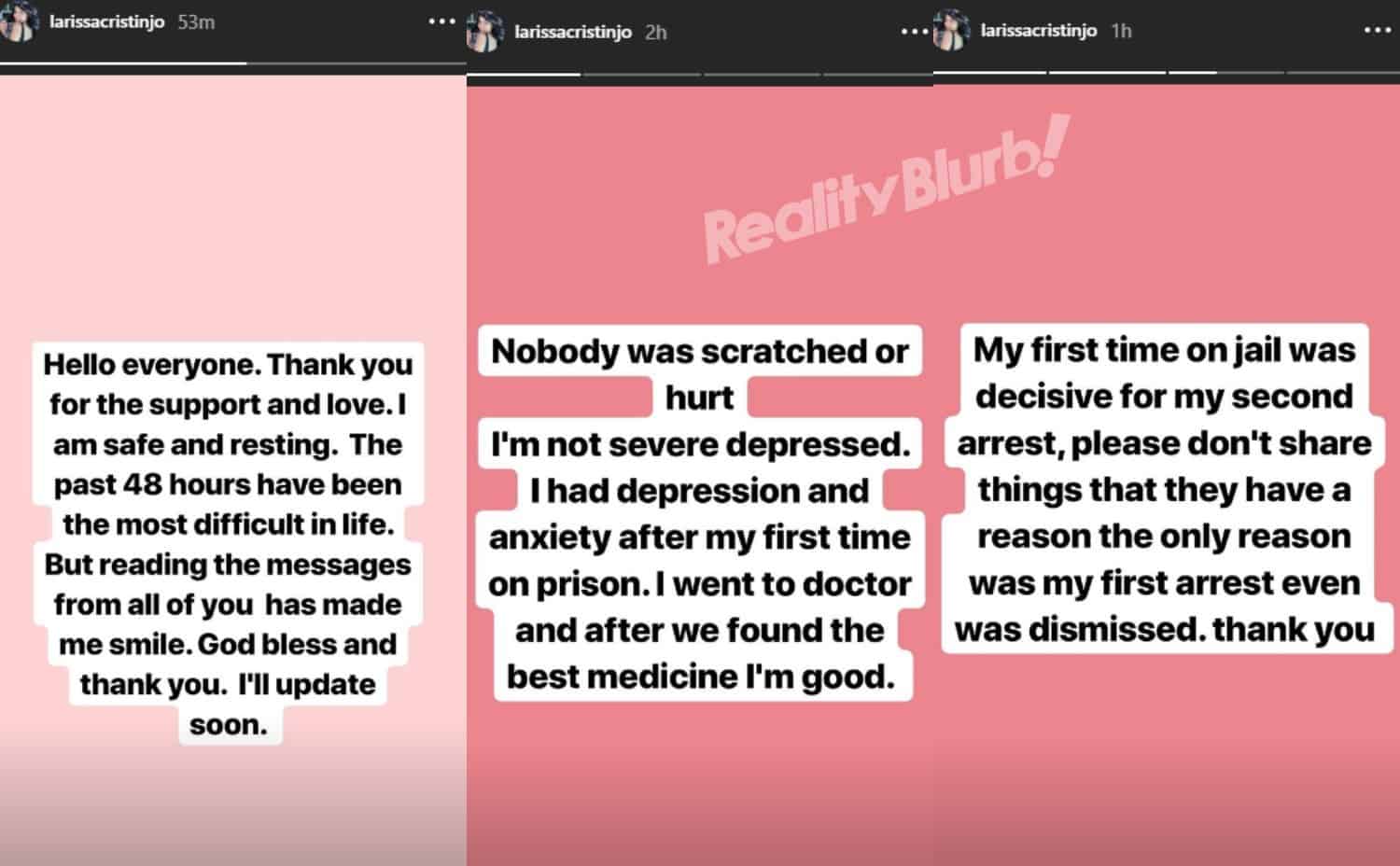 Later, she posted a series of clips on her IG Stories late Monday night, in which she addressed her current relationship status. According to Larissa, she and Colt are still together and are currently trying to work things out despite their volatile relationship.

“I needed time to heal my relationship with Colt. It’s fragile now. I love him. He loves me. So we’ll try to manage all the situation. So, we try to work and figure out all the legal issues. So I ask you guys please don’t tag me, don’t send me all the gossip. I want the time to heal,” said Larissa.

A screenshot from her video is below. 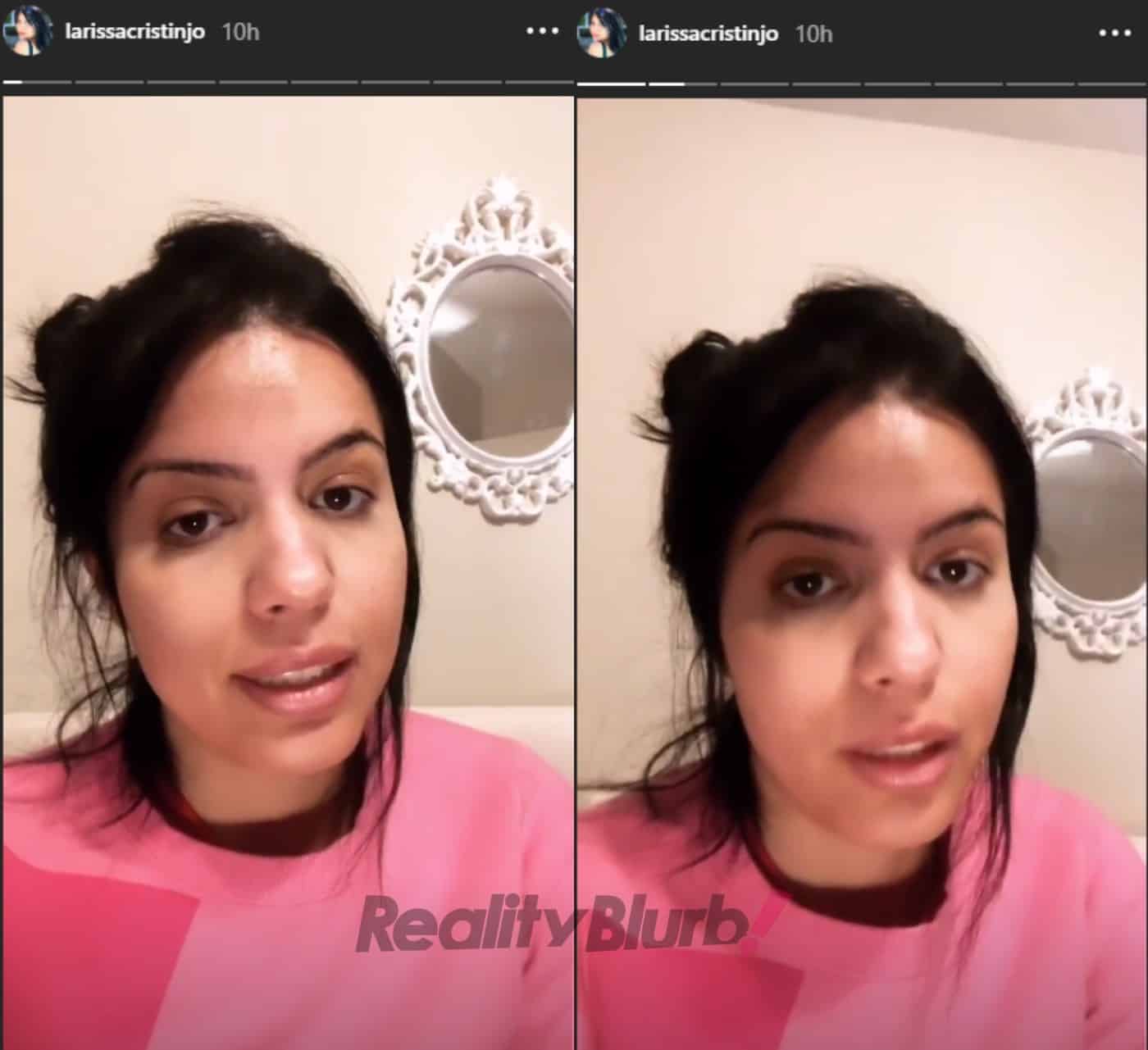 The drama with Colt and Larissa began this weekend after the Brazilian native took to Instagram to plead for help. Larissa revealed that following a fight with Colt, he deactivated her phone and trashed their home. She stated she had locked herself in the couple’s bathroom and asked fans to call 911.

Later, Colt tried to explain what happened in a now deleted Instagram post, blaming Larissa’s “anxiety” and “depression” for causing the domestic dispute. Similar to Larissa, he insisted there was zero violence while adding that Larissa was arrested because Nevada law requires cops to arrest someone whenever they get emergency phone-calls for domestic issues.

Larissa is currently out of jail after posting bond on November 11. She has a scheduled court appearance on December 11.