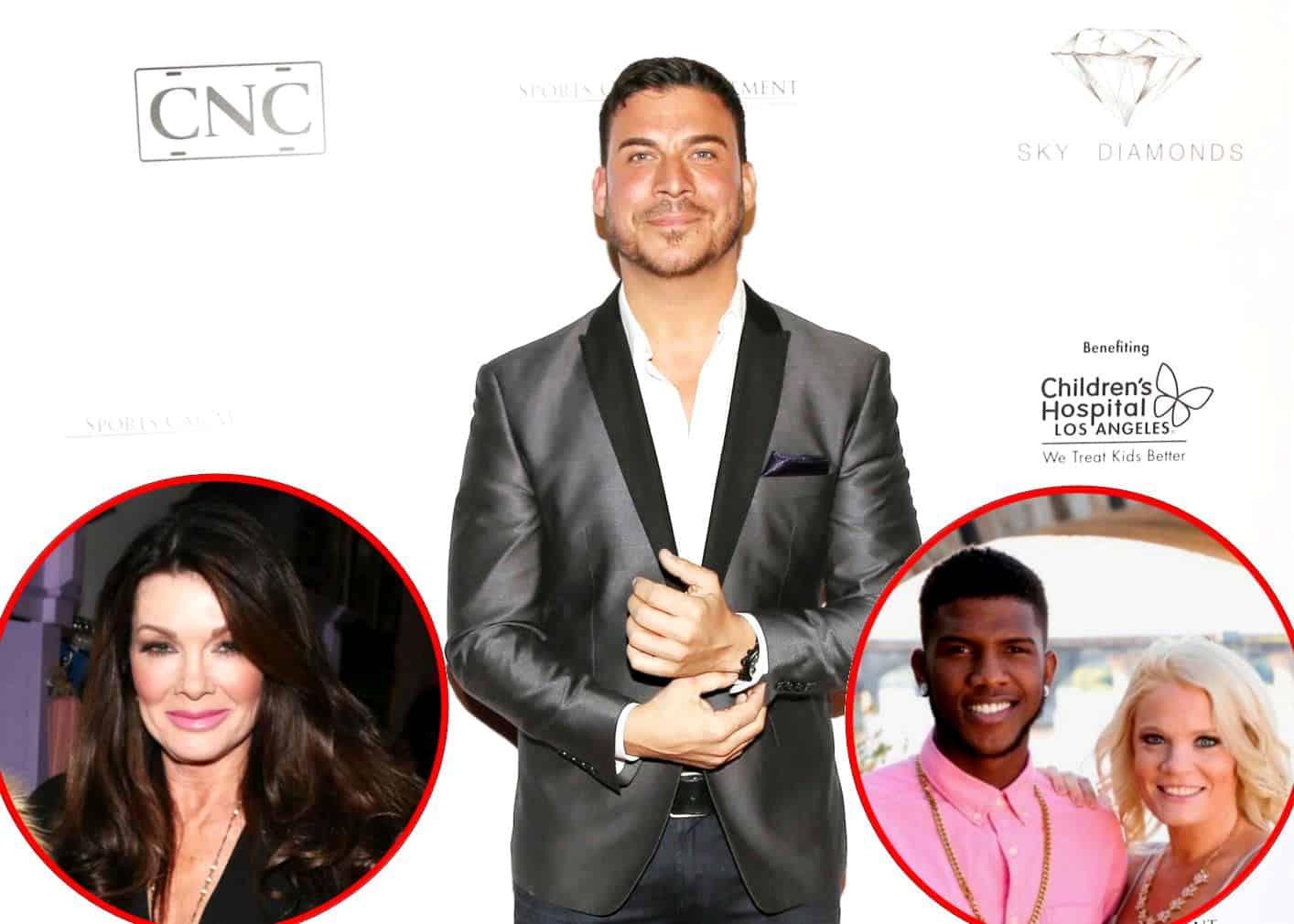 Is Jax Taylor at risk of losing his role on Vanderpump Rules? A new report states Jax’s boss Lisa Vanderpump is getting fed up with him. Also, Jax is taking aim at 90 Day Fiancé stars Jay Smith and Ashley Martson yet again, as he claims he is responsible for the TLC show’s ratings success.

According to sources, Lisa is starting to feel that Jax’s ego is getting out of hand and thinks it might be time for him to exit Pump Rules.

“Lisa just feels like she created a monster with Jax and she does not like the person he has become,” a show insider tells Radar Online. “For the longest time, Jax truly believed that he was God’s gift.”

“No one likes the person that he has become anymore,” adds the source.

As for why Lisa has yet to kick Jax off the Bravo show, a source says it all has to do with Jax’s fiancee Brittany Cartwright who Lisa adores.

Following the report, Jax took to his Twitter page to deny he’s at risk of being fired, claiming he laughed about it with Lisa this week.

Where do they get this shit from? It’s funny @LisaVanderpump and I laughed about this last night, she was so upset about it, and wanted to go set things straight on the carpet last night, but I was like who cares!! Radar is the worst publication. https://t.co/2wwqoemMwi

And speaking of Jax’s ego, the Bravo reality star is now taking credit for the mega success of TLC’s 90 Day Fiance series (the show averages close to 2 million viewers per episode) as he claims it’s doing so well because he and his Vanderpump Rules co-stars, who are big fans, constantly tweet about it.

“I helped your ratings,” Jax tells the Hollywood Life when asked about his feud with the show’s cast. “Do you know how many people tune into your show because of us? They’re pretty open about how dumb they are on TV.”

In the last month, Jax has gotten into feuds with multiple cast members of 90 Day Fiance. He first dissed Fernanda Flores‘ fiancé, Jonathan Rivera, on Instagram by saying he looked “poor,” and then left a mean comment on Instagram about Jay’s nose and allegedly said his wife Ashley had a fat belly.

“I was into it and then they got a little big aggressive with me,” Jax explained of the social media drama. “They need to step it down a little bit because they need to know their role and who they are.”

While Jax shared some fighting words, he insisted their Instagram feud has come to an end because he has “blocked them all.”

“If you can’t make fun of yourself then come on,” Jax concluded. “You’re on a television show. You signed up for this, homie. If you can’t take the heat, get out of the kitchen.”