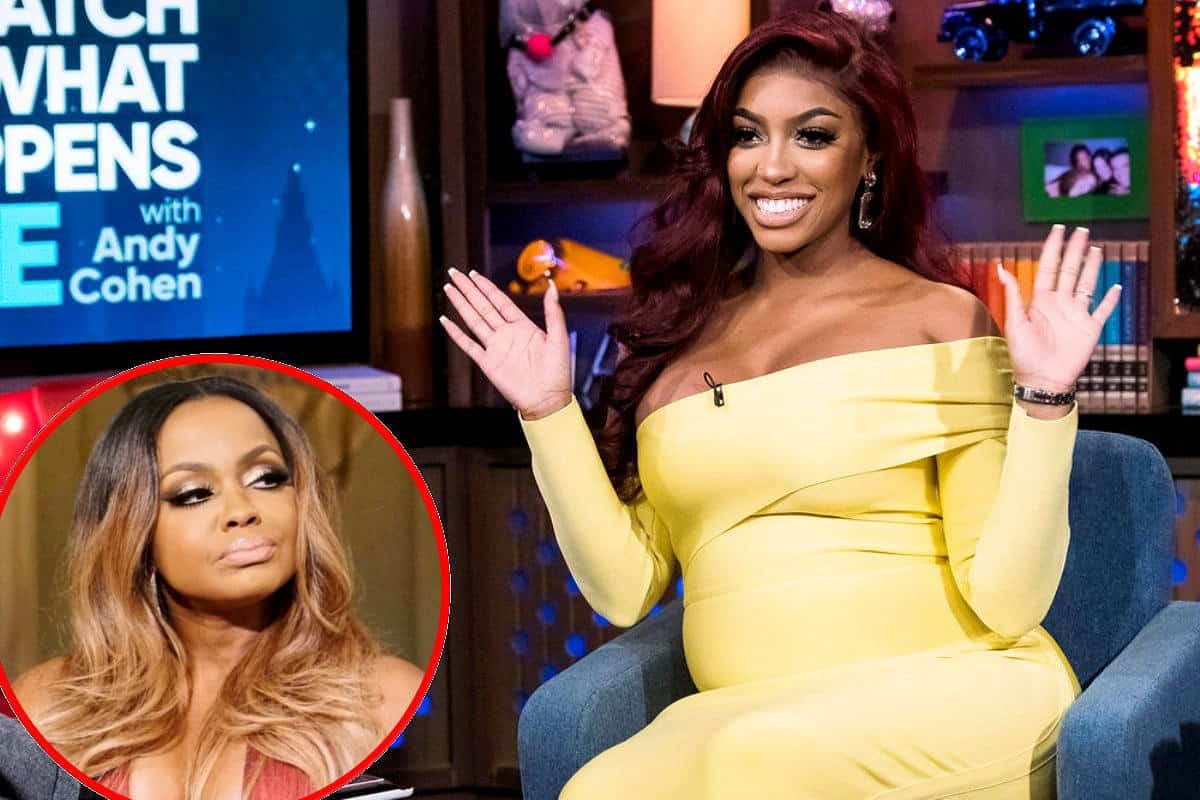 Porsha Williams is opening up about a number of hot topics.

As she awaits the birth of her first child, Porsha is discussing why she wanted Phaedra Parks to return to the Real Housewives of Atlanta, her fiance Dennis McKinley‘s drama with Kandi Burruss, and her recent pregnancy complications.

First, Porsha, 37, revealed where she stands with Phaedra these days following the dramatic reunion from two years ago during which Phaedra was exposed as the person who fed Porsha the vicious lie that Kandi and her husband, Todd Tucker, were planning to drug and assault Porsha.

“I’ve actually been talking to Phaedra months after that horrible reunion. We haven’t had the sit-down that you would traditionally see on a show like ‘Housewives.’ But we have had a love for each other and I am a forgiving person as I’d like to be forgiven as well,” Porsha explained to the hosts of E! News Daily Pop. “We have texted here and there. We say ‘happy birthday,’ we want to make sure each other are good here and there. So, that’s pretty much where our relationship has been.”

According to Porsha, she would have liked to see her former co-star return to RHOA after their season nine feud.

“I think the fans would have liked another season of her explaining herself as I got another season to explain myself and go on an apology campaign but the powers at [Bravo] make the decisions they make and who knows? Phaedra may have played a part in her own decision in saying she didn’t want to come back,” Porsha noted. “I haven’t asked her about her decision in not coming back or whether they told her not to come back.”

Throughout the past several episodes of The Real Housewives of Atlanta, Porsha’s relationship with Dennis has been a hot topic for her co-stars, especially Kandi, who suggested he was a two-timer during an episode of the series earlier this month.

Porsha and Dennis however aren’t letting Kandi’s comments get in the way of their baby joy and recent engagement. According to Porsha, Dennis couldn’t care less about Kandi’s comments.

“Allegations are allegations. That’s what gossip is,” Porsha said. “People sit around and talk about what they thing they know or whatever about the past. Everyone has a past. He’s not going to sit up and deny everything word for word. He’s a businessman. He’s out making money somewhere.”

As for her pregnancy, Porsha was hospitalized with “extreme pain” earlier this month but shared that she is now doing “much better.”

“I’ve suffered from fibroids in the past and I had a little scare but they have degenerated now and are out of the way after a week and a half bedrest,” she revealed. “I’ve been feeling good now. I’ve got my energy back and PJ and I are doing good. We really are, but that was kind of scary.”

Porsha went on to say she would “definitely” be sharing moments with her baby on camera for The Real Housewives of Atlanta but admitted she wasn’t so sure about exposing her child to social media.

“Instagram, I don’t know. People are ruthless and I’m very sensitive,” she explained. “So, I’m really not sure how much I’ll be sharing on Instagram but I love my fans and I appreciate their support.”

Although Porsha and Dennis are engaged to be married, the reality star said she will be waiting until her daughter arrives early next year to wed.

“I thought I’d be able to speed up the wedding planning and do it my New Year but I am going to be big my New Year and I already can’t breath sometimes,” she said. “So, I think we are just going to pace it until after PJ gets here.”

The Real Housewives of Atlanta airs Sunday night at 8 p.m. on Bravo TV.