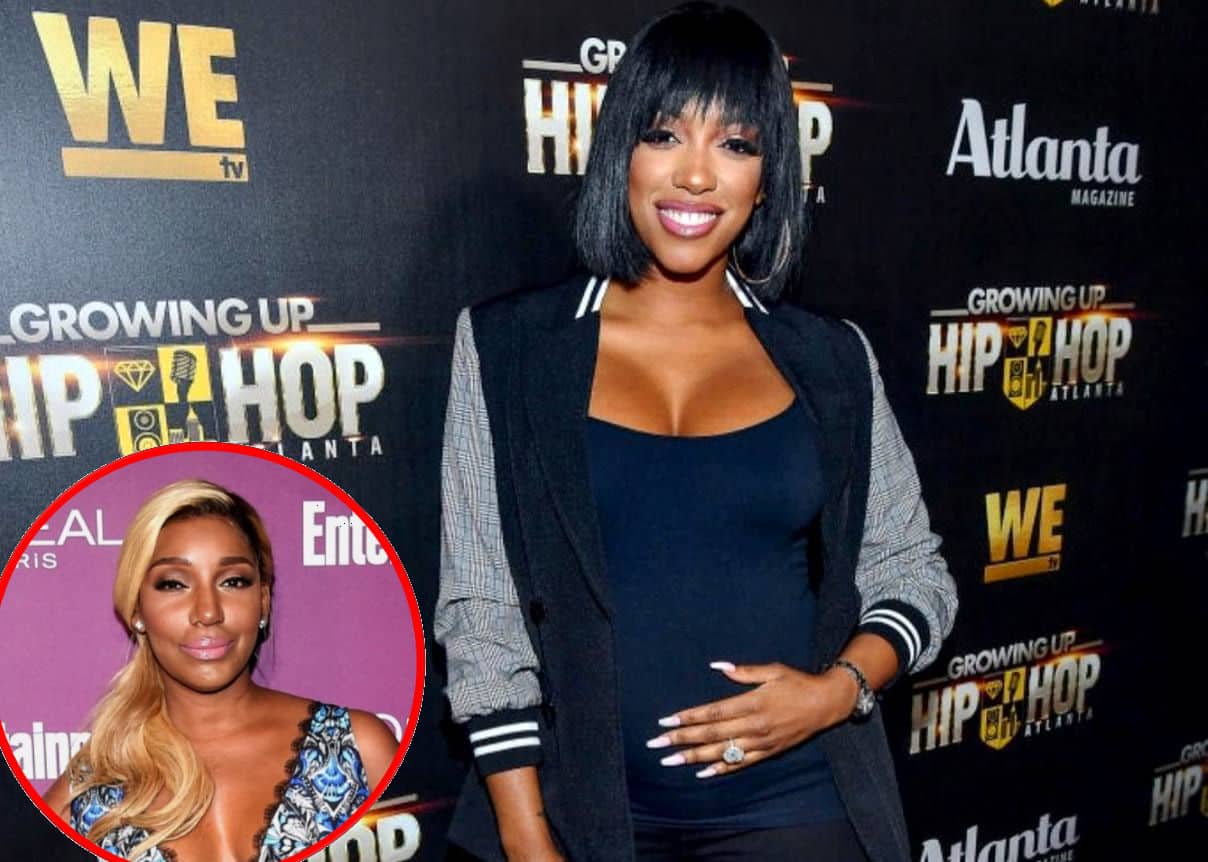 On Sunday, as the rest of the cast was preparing for the highly anticipated premiere of RHOA season 11, Porsha, 37, was in the hospital after the pregnant reality star was admitted with “extreme pain.”

“Send some prayers and good vibes to our Tink Tink @porsha4real today #goodvibesonly #babyPJisdoingfine #aunteenene #babyboom #RHOA11,” NeNe Leakes wrote in the caption of a hospital photo of Porsha.

NeNe’s post came just moments after her former castmate Kenya Moore gave birth to her baby daughter, Brooklyn Daly, on Sunday morning, leading some fans to question if NeNe made the post in an attempt to take attention away from Kenya’s news. As most RHOA fans are aware, NeNe and Kenya are currently feuding after Kenya chose not to invite NeNe to her recent baby shower.

As for Porsha’s health, sources tell Us Weekly that she was “experiencing extreme pain” due to fibroid complications. Luckily, however, the baby is said to be doing “fine.”

And during NeNe’s appearance on Watch What Happens Live on Sunday night, she also shared an update on Porsha’ condition.

“Yes, she’s okay. She’s going to be fine,” said NeNe to host Andy Cohen. “She does have to stay overnight. Hopefully she’ll be released tomorrow. She’s been in a little bit of pain.”

While the US article states Porsha is due in two months, to our knowledge, she is only about five months along.

As fans may have seen, Porsha revealed last week during a gender party that she and her fiance, Dennis McKinley, are expecting a baby girl. As for the name, Porsha’s been referring to the child as “PJ” and NeNe also included the moniker in her Instagram tags in the photo above.

“She’s so perfect and strong! Marc was incredible in the deliver room. I lost a lot of blood so I’m very weak but they both were strong for me,” wrote Kenya.

She continued, “God is so good. We are blessed and doing well. My heart is so full at the abundance of love for our family! We love you all.”