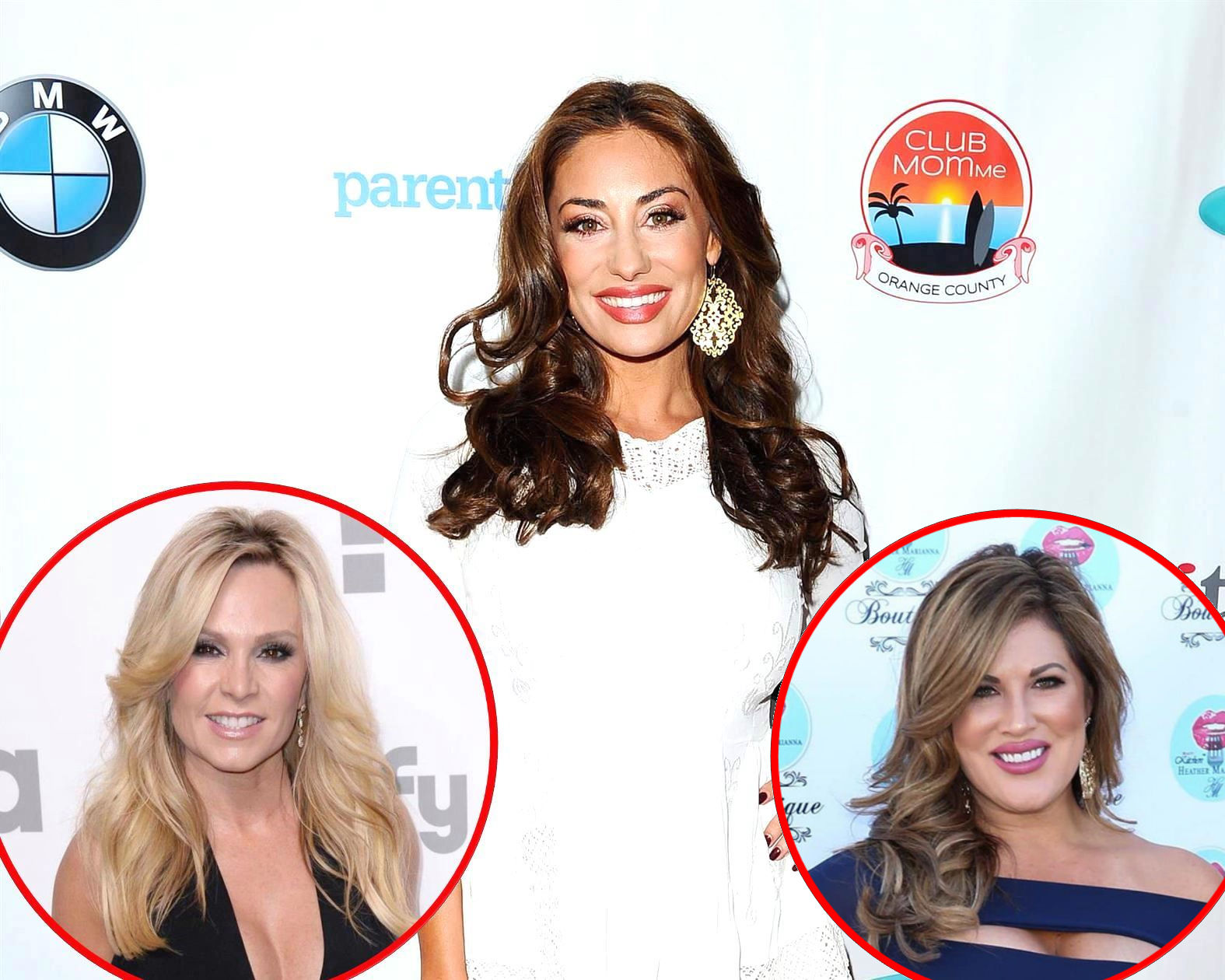 Former Real Housewives of Orange County star Lizzie Rovsek wasn’t able to attend Emily Simpson‘s finale party for this season and according to her, it was Tamra Judge who made sure she wasn’t there.

After celebrating a “friendsgiving” party at Emily’s house, Lizzie, who is close friends with Emily, took to her Twitter page, where she shared several photos of herself, Emily, and several other friends, including Gina Kirschenheiter, at the event.

“Friendsgiving at [Emily’s] house. I just want to say I’m so proud of this girl and the world is so lucky to have met her & her awesome family…I have no doubt will be seeing a lot more of her! [Love] you! Congrats on a great season,” Lizzie wrote in the caption of her photos.

????????????????????‍♀️✨♥️ Friendsgiving at @rhoc_emilysimpson house. I just want to say I’m so PROUD of this girl and the world is so lucky to have met her & her awesome family..I have no doubt will be seeing a lot more of her! ♥️ you! Congrats on a great season #RHOC #Friendsgiving #Thankful pic.twitter.com/xCQ7OIZlKQ

After Lizzie’s images were shared, a curious fan asked if Tamra had refused to film the femme fatale party for The Real Housewives of Orange County if she was present.

“That’s so pathetic and cowardly. You never even did anything to her from what I remember???” someone said in response to Lizzie’s post.

“Not a thing…” Lizzie confirmed. 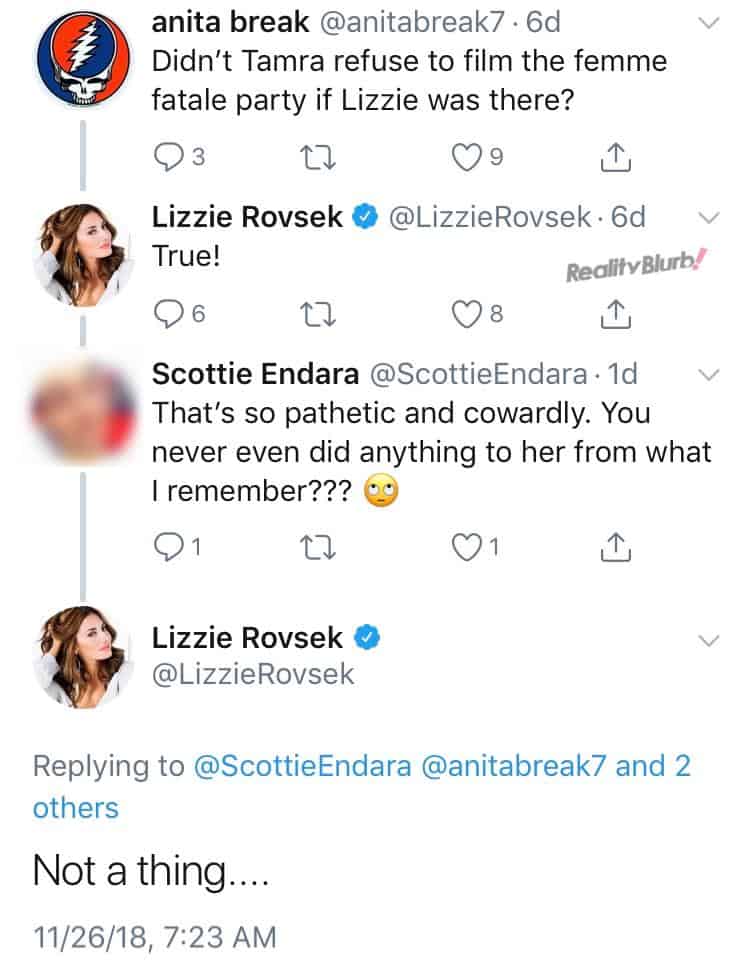 At the end of September, Lizzie opened up about her time on the RHOC during an appearance on the Tony’s Tea Corner podcast, where she revealed one of the “older” housewives wanted her off the Bravo series.

“I was actually hired full-time. I was not hired as a friend,” Lizzie explained about her season nine role. “We filmed a lot of stuff, it was an amazing year for me. I don’t really know exactly what happened. A showrunner came up to me a few times and said ‘I’m just gonna be honest with you. There’s an older housewife on the show that says you do not want to be here.’ I said ‘who said that?’ and he didn’t tell me who it was.”

Although Lizzie didn’t directly name Tamra as the cast member who wanted her fired, she didn’t deny she was the culprit either. Instead, she told the host she doesn’t have time to hold grudges.

Following Lizzie’s interview, Tamra publicly denied she tried to get anyone kicked off the RHOC.

“I feel like this: When people get fired from the show, they think it’s my fault! I apparently have this “in: with a higher power and I work for Bravo and they listen to me! No, they don’t. Oh, they’ve all said it. I don’t have that power, so I think people might be a little afraid of me,” said Tamra in an interview with AOL last month.

Tamra has yet to respond to Lizzie’s latest comment.

TELL US – DO SOME OF THE HOUSEWIVES HAVE TOO MUCH PULL WITH PRODUCERS?