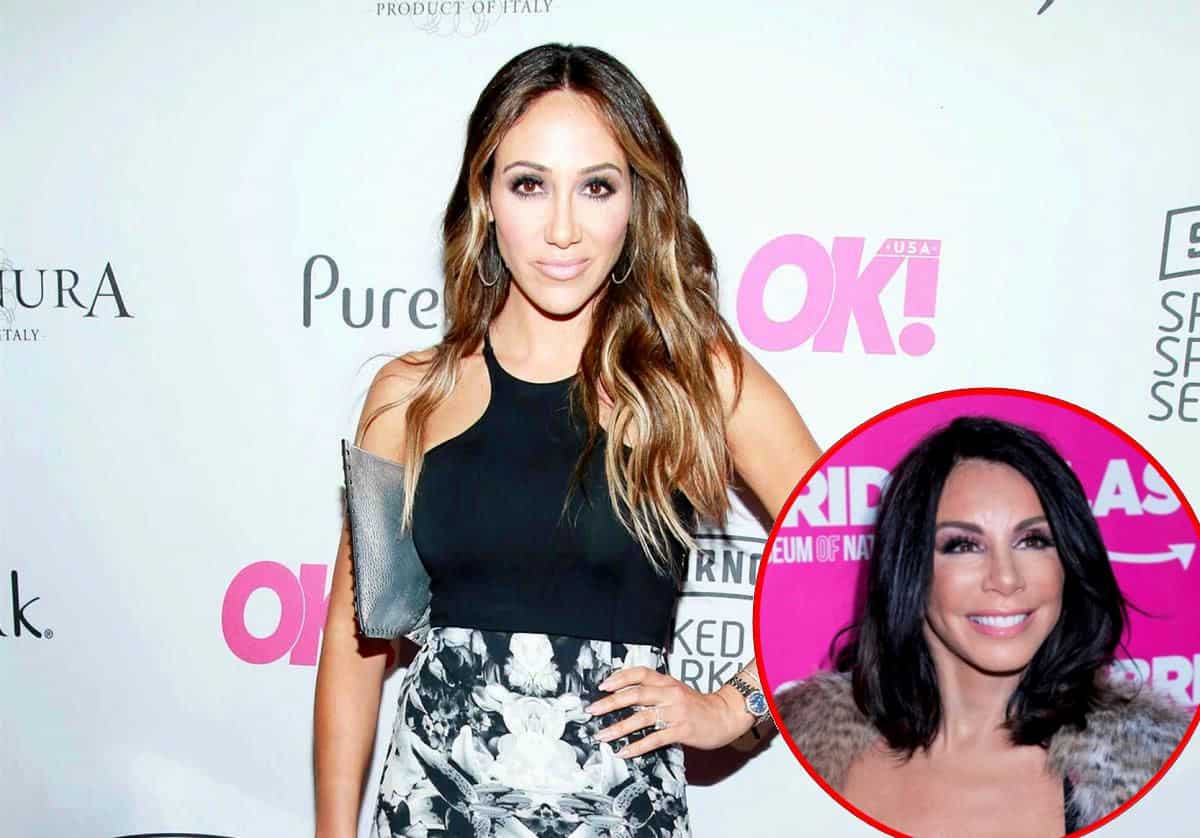 Melissa Gorga is no longer in touch with her Real Housewives of New Jersey co-star, Danielle Staub, but understands why she is such a hit with viewers.

During a new interview, Melissa opened up about the “wow factor” Danielle brings to the show as she also admitted that she wasn’t surprised to see Danielle’s marriage to Marty Caffrey end just a few months after their wedding.

“I think Danielle is always good for the wow factor. I really do,” Melissa explained to Entertainment Tonight on November 28. “She’s not a full-time housewife, she’s a friend of the housewives but I will say, when Danielle comes in, she’s very passionate. It brings a really good flavor of like that passion, like crazy… I can’t explain it, but she brings something to the table.”

As for Danielle’s divorce, Melissa wasn’t shocked and said she witnessed tension at her and Marty’s wedding in the Bahamas this past May.

“There was tension at the wedding,” she revealed. “You’ll see us saying something is off here. You know, like, why are we doing this? I think I could see. Listen, I’m no pro, but I’ve been in the game for 14 years of marriage. You know, 14 years going strong. So, it’s like I could see when something is not gonna be a match.”

While Melissa and the majority of her co-stars, including Margaret Josephs, Jennifer Aydin, and Jacqueline Goldschneider, are no longer speaking to Danielle, the show “friend” has maintained a relationship with Teresa Giudice and will continue to be seen alongside her on the show.

“Danielle and Teresa are very close so that’s where you will see her, mostly,” Melissa said.

As for what went wrong between Melissa and Danielle, leading to their estrangement, Melissa appeared to be feuding with Danielle during a cast trip to Mexico in The Real Housewives of New Jersey‘s season nine trailer, when she was heard yelling, “You got the wrong f**king girl” in Danielle’s direction.

“I think everyone knows me by now, to have Melissa Gorga, like, wig out and go crazy, you really have to push my buttons to the limit,” she teased. “So, when we’re away in Cabo, I have a moment. I watch it back and I’m like, ‘Ooh! I look like a tough girl. Oh, my God!’ I’m really not mean like this, but somebody must have pushed my buttons! Let’s put it that way.”

Also during the interview, Melissa addressed Joe Giudice‘s recent deportation, which he and Teresa are currently hoping to have overturned.

“I think the next step right now is just to wait it out and pray,” Melissa said. “That’s basically what everybody is doing. They’re just kinda hoping that it’s gonna turn around. It is very sad because, you know, he has four daughters and they love him. Like, they truly — which all little girls love their daddy — they want him here. So we are all just praying that it turns around.”