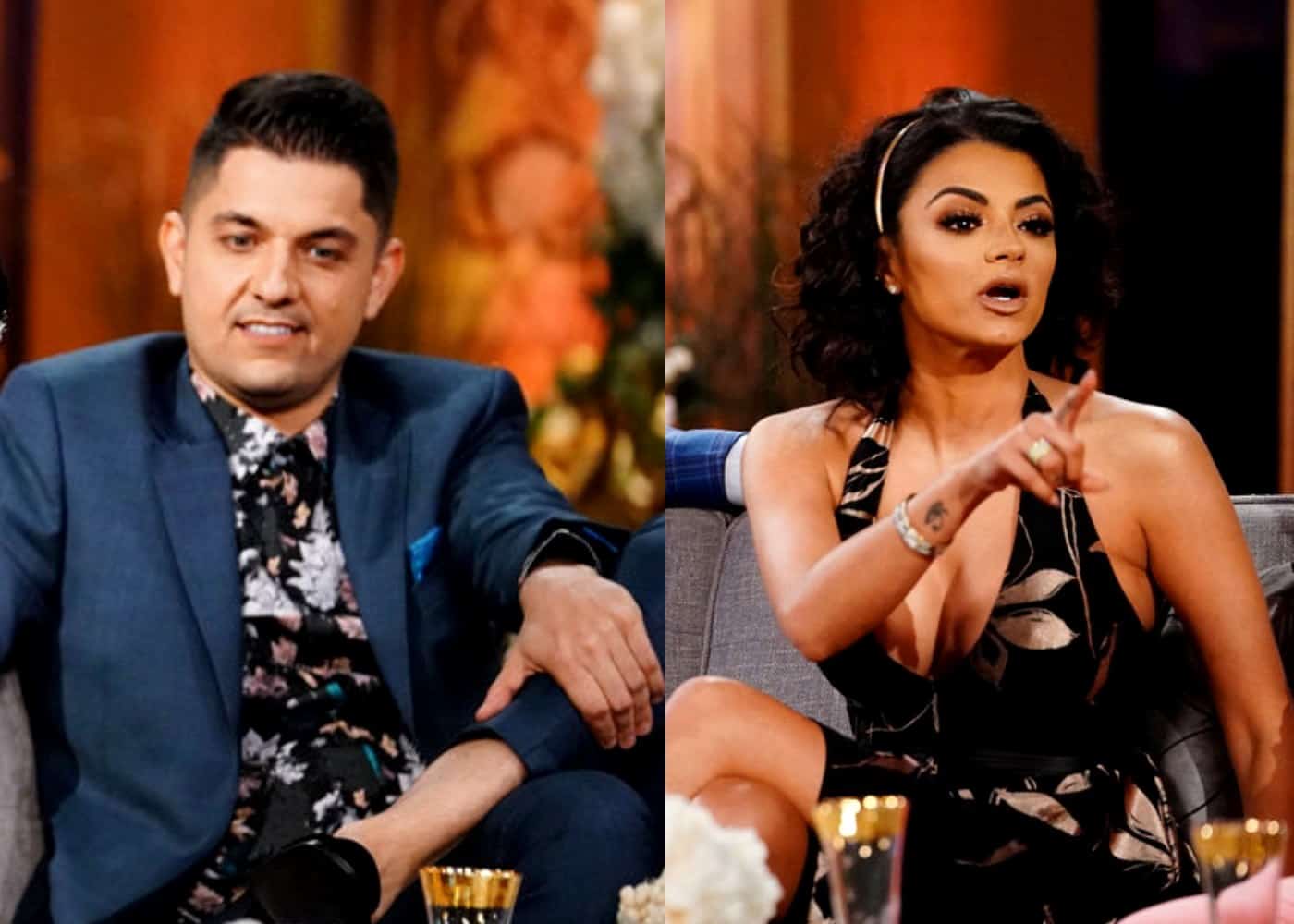 Nema Vand just leaked a series of profanity-laced text messages sent to him by his Shahs of Sunset co-star, Golnessa “GG” Gharachedaghi, on Instagram.

As Nema was seen alleging at the season seven reunion that Golnesa had threatened to “f**k” him in the backside with his sister’s hand after convincing him his attraction to her was mutual, he took to his Instagram page and shared GG’s mean-spirited text messages with his online audience.

“CONTEXT IS KING,” Nema wrote in the caption of his screenshots. “Don’t @ Me on this one. #Shahs.”

“Nema seriously u need to calm down on whatever sh*t you’re on or whomever pumped your head up to try and get sassy with me,” GG wrote in her first text message to Nema. 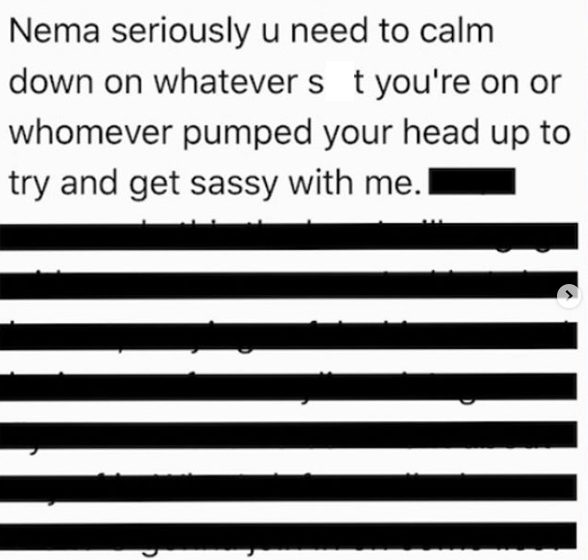 In her second message, GG continued, “U need relevance so you’re willing to cut for it huh? Don’t f**king get sassy with me u clueless poor b***h. I will f**k u in your a** with your sisters [sic] hand! I have told u, everyone has f**king told u that I have changed my ways, so if u see everyone is saying someone has issues but they’re being nice to u, why would u sh*t on yourself?” 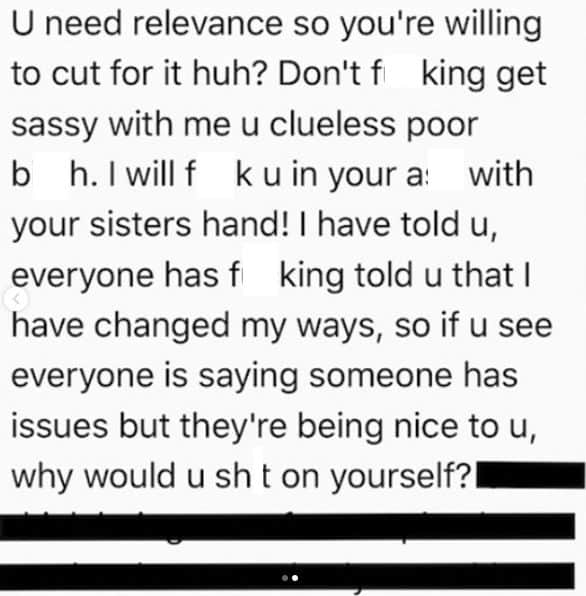 Although some fans and followers of Nema’s were disgusted by the things GG said in regard to Nema’s family, others slammed Nema for mistreating her on the show.

“All the disrespecting comments were unnecessary. But I honestly think she was never meant for you. You’re a great guy I think and you’ll be ok!” one person said.

“You had someone good and you humiliated her in front of national television … A woman like her you will not find in one million years!!!! She was there through your hardest most toughest moments when no one knew or cared you even exist!!!!” another wrote.

While GG didn’t directly address Nema’s shared text messages, she did share the meme below just one day after they were shared on Nema’s page.

TELL US – DO YOU THINK NEMA USED GG TO GET ON THE SHOW OR DID HE GENUINELY LIKE HER?