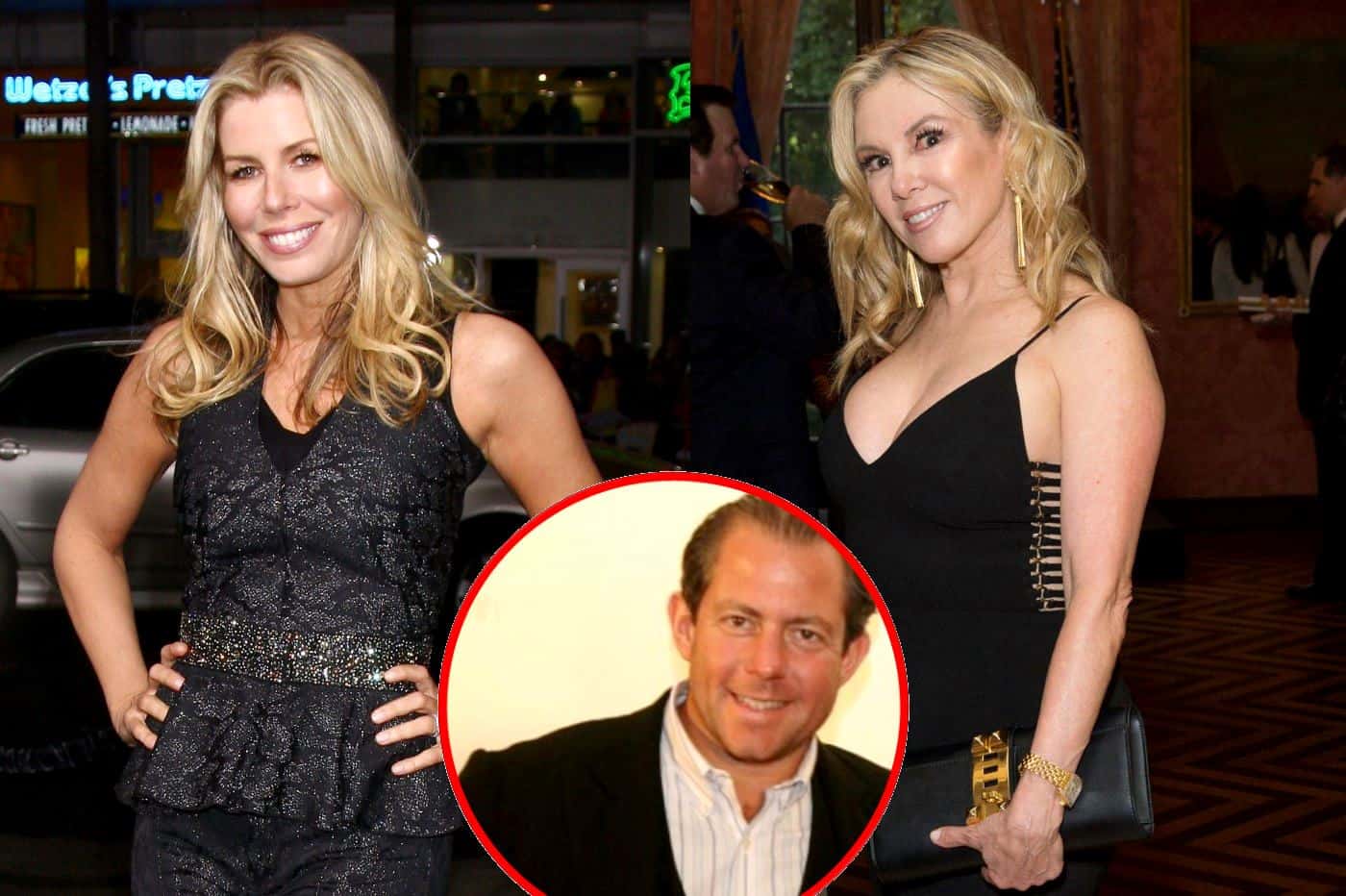 Aviva Drescher is speaking out about her ex-husband Harry Dubin‘s recent hookup with Ramona Singer.

Days after photos surfaced of Ramona and Harry enjoying one another’s company, and mouths, at Pomona restaurant in Manhattan, the former Real Housewives of New York City star revealed her thoughts on their encounter.

“I didn’t mind being the first to kiss Harry but glad I am not the last!” Aviva explained to Us Weekly on December 5.

Aviva and Harry were married until 2015 and share one son, Harrison.

In the years since their split, Harry has been linked to numerous Real Housewives of New York City stars, including Aviva’s former co-stars LuAnn de Lesseps, Sonja Morgan, and more recently, Ramona.

According to Us Weekly, Harry and Sonja initially dated prior to his marriage to Aviva but reconciled their relationship during season six and nearly became engaged. Then, after LuAnn was caught leaving a birthday party with Harry, the idea of a future together was thrown out.

While Harry and Ramona didn’t hook up until recently, Ramona has long been a fan of the Big Apple businessman and gushed over him during a July 2017 appearance on Watch What Happens Live.

“He’s extremely charming and personable and fun to be with,” she said at the time. “And he’s kind-hearted and warm and generous.”

Although Ramona hasn’t directly referenced her kiss with Harry, she did share a telling meme on Instagram in which she was seen “acting shocked and playing the victim after I intentionally did something to stir the pot.”

While Ramona has remained silent, aside from the post above, about her kiss with Harry, he spoke to Radar Online on Tuesday and confirmed they are not dating. He also suggested the kiss they shared wasn’t nearly as passionate as it looked.

“We’re not dating… she’s a good friend of mine,” he explained. “Anyone would be honored to date her, but I’m not.”

He then said of their kiss, “It was the angle of the camera that looks like we were making out.”

“There’s thousands of pictures where someone looks like they’re doing something they’re not. I didn’t know anyone was snapping anything,” he added.

The Real Housewives of New York City season 11 will air on Bravo TV next year.