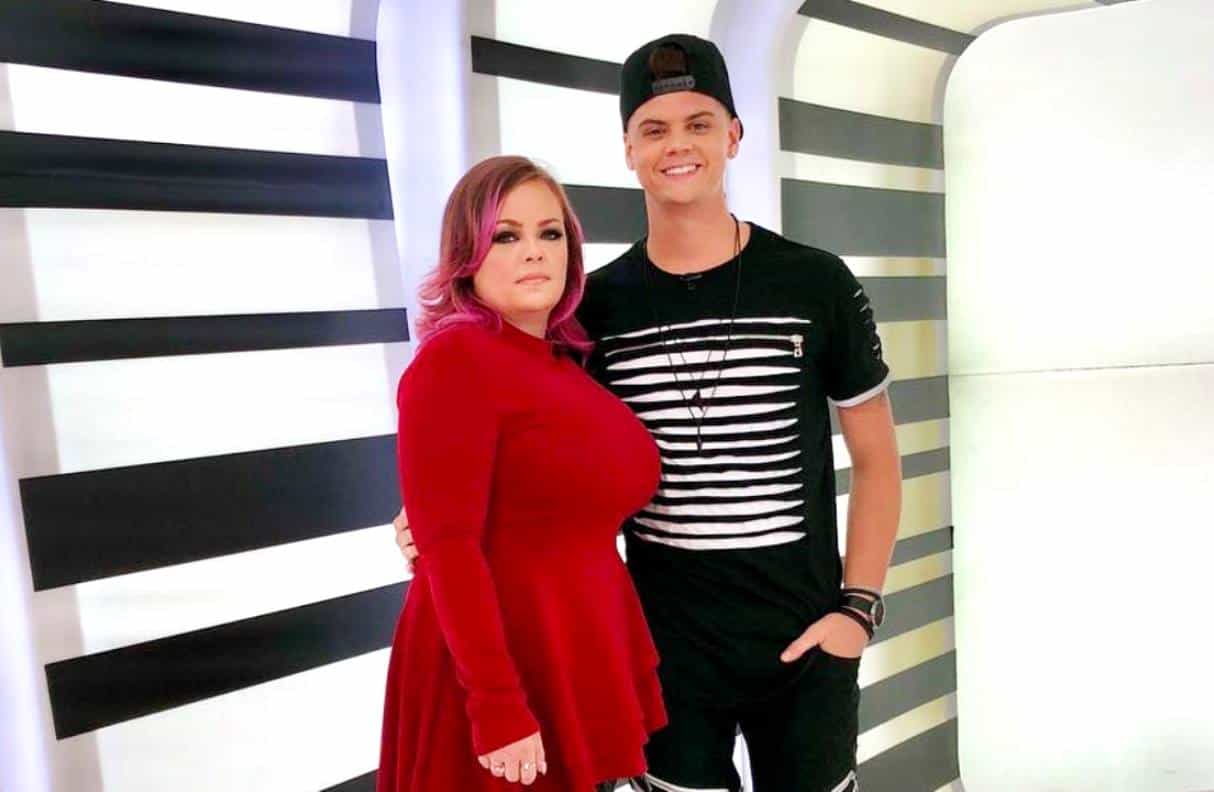 Catelynn Lowell took to Instagram to fire back at her critical fans, as she also responded to the ongoing rumors that she and husband Tyler Baltierra are getting a divorce amid their separation.

As she continues to face harsh comments from her social media fans as she and Tyler live separately, the pregnant Teen Mom OG star isn’t taking her followers’ mean comments lightly.

“Why can’t we lift one another instead of feeling the need to be so rude and disgusting? Thank God my girls will be taught to speak kindly to other people and to stand up for themselves! THANK YOU to all of my supporters you all rock!!!!!” Lowell wrote in an Instagram post days ago.

Also with the post, Catelynn shared a meme in which she included more words for her trolls.

“Some of u people disgust me!” Catelynn exclaimed. “How can we treat other women with such hate & nasty words? Especially when they r carrying a child!!! No wonder I didn’t use social media 4 the longest time! At least I can go 2 sleep knowing I’m not an evil, vile person.”

“When you judge me, you don’t define me. You define yourself,” the message read.

After Tyler was seen requesting a separation from Catelynn on Teen Mom OG, rumors of a potentially impending divorce began swirling. However, according to another post shared by Catelynn, she and her husband have no plans to call it quits on their marriage. Instead, they are simply enjoying a “30 day reflection time” as they await the birth of their third child.

“NO we are not getting a divorce! YES I know what I put him and nova through when I left for treatment,” Catelynn wrote in a now-deleted post at the end of last week.

As Teen Mom OG fans will recall, Catelynn went to rehab at the end of last year after experiencing suicidal thoughts, and after she did so, her husband went public with his bipolar disorder diagnosis.

“He was AMAZING and supported me through the whole time! I also knew I had to go so I wouldn’t commit SUICIDE! I am supporting what he wants now! We love each other and ALWAYS WILL!” she said.

In the caption of her post, Catelynn further explained herself and lashed out at her mean fans.

“So my family would have been better off if I took my own life?” she asked. “NO! Now GOODBYE and I’m done explaining myself!”