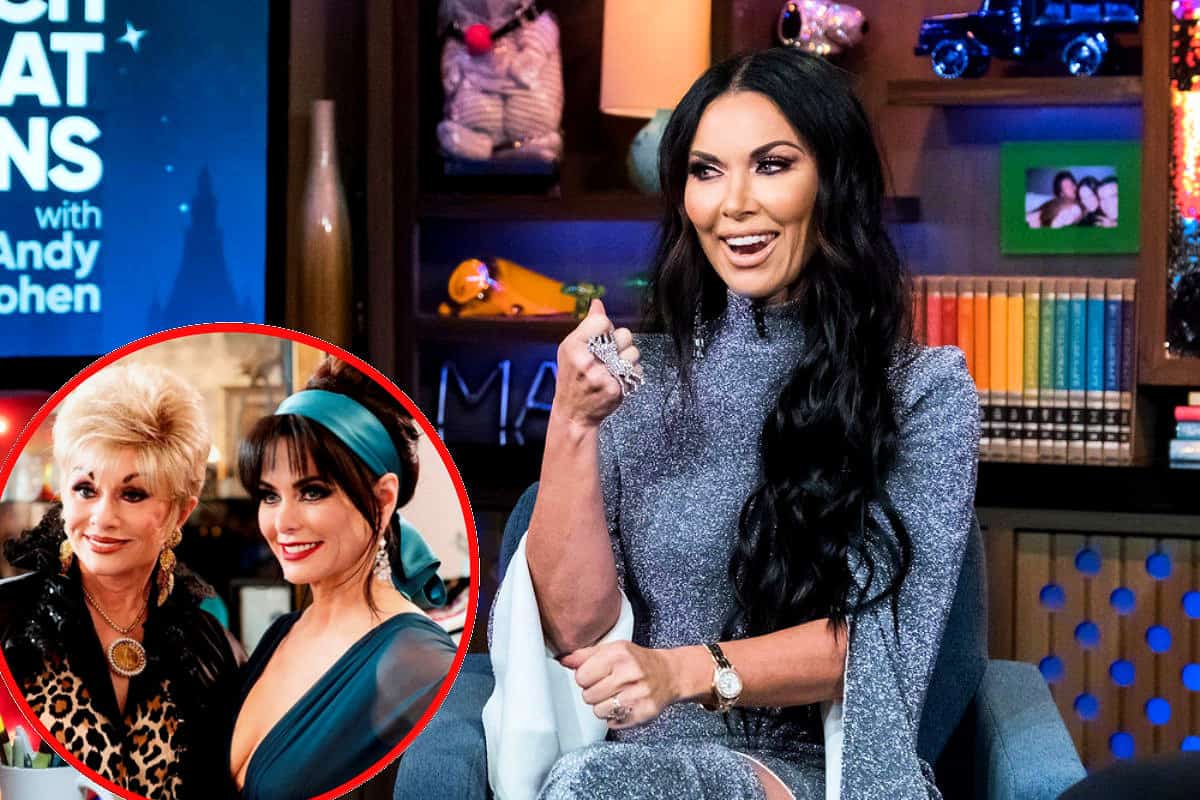 The Real Housewives of Dallas aired the first part of the season three reunion last week and it was pretty dramatic.

During the reunion, LeeAnne Locken was confronted by host Andy Cohen about her admission in a Bravo blog that she secretly taped a conversation with Dee Simmons aka Mama Dee, the mother of D’Andra Simmons, who LeeAnne is currently on the outs with.

LeeAnne denied this, claiming she was simply lying about recording the conversation when she claimed she did in her blog. However, we have uncovered a separate interview LeeAnne gave — done before she filmed the reunion — during which she not only admitted to indeed taping this conversation, but also went into detail as to why she did it.

The disagreement between the ladies had to do with whether or not LeeAnne referred to co-star Brandi Redmond as an “alcoholic” while talking to Dee. LeeAnne denied using that exact word even though she strongly implied Brandi had a drinking problem.

During part I of the RHOD reunion, Andy asked LeeAnne why she felt the need to tape her conversation, and she denied ever doing that, perhaps after gauging the reaction of her cast mates who appeared horrified.

However, in an interview she did with the Tony’s Tea Corner podcast, which was published on October 31 (the reunion was taped on November 8) LeeAnne not only admitted to taping this conversation with Dee, but also revealed why she chose to secretly record her. Even more, LeeAnne wasn’t asked about recording Dee. She was asked by the host Anthony Lario if she still had a relationship with Dee, and volunteered the information about the secret recording. Below are excerpts from LeeAnne’s podcast interview.

“You know, after watching what I’m calling hashtag #MessyMama tell Brandi that I called her [an alcoholic] when I didn’t. There is a little audio,” shared LeeAnne.

“You know, I have this thing, I’m not a good person with trust. And when [Dee] asked me to sit down and have a conversation with her, I just felt like something was going to get twisted and so I put my phone on record and recorded the entire conversation,” LeeAnne admitted. “And the thing is if the word doesn’t come out of my month, you can’t say that I said that.”

LeeAnne did however admit to secretly recording phone conversations during the reunion.

“I was told that you record a lot of conversations,” retorted Andy to LeeAnne after she denied recording Dee.

“Phone conversations for sure,” answered LeeAnne, while claiming that she draws the line at recording phone calls with her castmates.

Ultimately, if LeeAnne was indeed lying about making this recording with Dee… it would appear she put in a lot of effort into making this “lie” believable. It would mean she repeated this lie twice — during this podcast interview in addition to her Bravo blog.

This “lie” comes after another admission by LeeAnne during the season when she stated she had also lied about cloning Brandi’s phone.

Part II of the Real Housewives of Dallas reunion airs tonight on Bravo at 10/9c.

TELL US – DO YOU BELIEVE LEEANNE ACTUALLY TAPED THIS CONVO? OR IS IT ALL A GRAND LIE?