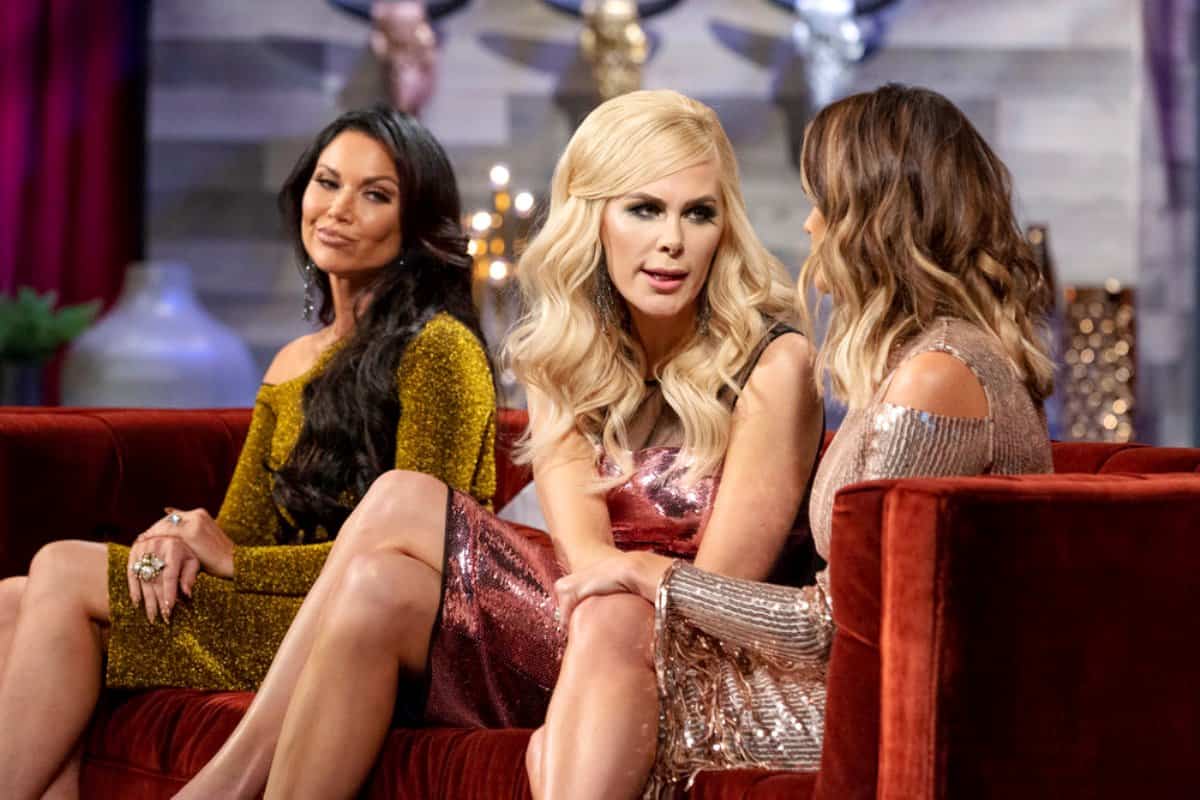 The ladies of The Real Housewives of Dallas returned last night to rehash that same tired argument they’ve been having all season.

The festivities mainly centered around LeeAnne, of course, and, as always, she was full of um…excuses for her evil deeds.

But let’s give her a break, shall we? She has a genuine issue with her amygdala, people! And that’s a very real thing. She explained that this is the fight, flight, or freeze center of the brain, and the slightest irritation sends hers into overdrive…and a REAL doctor told her this, so it’s legit y’all.

In fact, as it turns out, LeeAnne is actually under the care of several doctors (not live coaches). She claimed that she was seeing two therapists, who were helping her to get her anger and aggression issues under control, which is no easy fete. In fact, she may want to consult a third.

But Brandi, of course, called BS on all of it, and claimed that LeeAnne’s friend, Tiffany told her that LeeAnne wasn’t seeing any therapists at this time, but LeeAnne, in-turned called BS on her, saying that Tiffany would never have said such a thing, and that she’d actually seen her going to her therapists.

At the same time, however, LeeAnne stopped short of naming these alleged therapists. You see, Brandi wanted receipts, and LeeAnne just wasn’t ponying up. She claimed that she didn’t want to give the names of her doctors because she didn’t want their names put out for the public, which could lead to harassment, and a barrage of interview requests by the press. LeeAnne is the only reason anyone watches this show, after all (at least according to her)!

Brandi told her that she could just say the names, and the network could bleep them out later, but LeeAnne still refused, saying that Brandi would still know, and would put their names out on her own. Actually, that sounds  a lot like something LeeAnne, herself,  would do, but I digress.

But if you saw that showdown between the LeeAnne and Brandi at Stephanie’s big send off party for her husband, Travis, you may have had your doubts about LeeAnne’s mental health too! As Andy Cohen pointed out, she was literally hissing at Brandi like a snake during their altercation, but was it really her fault?? Some of the other ladies seemed to feel as though Brandi went out of her way to push her to that point so that she would look bad on camera, and prove to the world that she hadn’t really changed as much as she claimed she had, but Brandi said she really didn’t, and besides, as everyone knows, it really doesn’t take much pushing to get LeeAnne to that place anyway.

And Brandi had plenty of her own reasons to be so angry. LeeAnne had spent the better part of this season accusing Brandi of being a horrible person. She said she was a drunk, implied that her marriage was in shambles, and that she only adopted Baby Bruin to save it, and then said that she was a bad influence on D’Andra and her precious reputation.

You see, in Dallas, appearance is everything—especially when you come from an old money family like D’Andra and Kameron do. You must fit in to society, and never be seen out and about looking drunk, sloppy, or trashy. In other words, you’re not allowed to have any fun…and Brandi’s middle name is fun, which is why D’Andra likes to go out and play with her so much. However, D’Andra is supposed to be LeeAnne’s best friend, so she’s not having that.

But D’Andra hasn’t been the best friend this season, either. She not only tried to get in LeeAnne’s ear, and convince her that her relationship with Rich wasn’t all she thought it was, she’s also been playing some phone games, according to the ladies.

Apparently, she exchanged some texts with Kameron lambasting the quality of work being performed at Cary and her husband Mark’s plastic surgery and laser center. This, of course, upset Cary to no end, and she accused D’Andra of trying to hurt her business, but, as Andy pointed out, a few texts sent between her and her friends were hardly going to affect the business.

D’Andra denied sending out any such texts and even showed Andy her phone to prove this. Cary was however unmoved by this logic, and said that D’Andra actually had two phones, and that she’d used the other one to trash her business, a claim that D’Andra vehemently denied. She said she only has one phone, thank you very much, and that she simply wouldn’t do that to Cary.

She added that Cary rarely had an opinion of her own all season long, but that now all of a sudden she was full of them. She went on to ask why she was so anxious to have LeeAnne’s back these days, considering all the things LeeAnne had done to her, including, but not limited to the bombshell allegations she made during last season’s reunion, during which she accused Cary’s husband, Mark, of keeping company with gentleman callers, and engaging in activities with them that a married man should avoid at all costs.

Cary assures D’Andra that she hadn’t forgotten that, and that it hadn’t been an easy decision to come to, but she was willing to forgive and move passed all of that. She also said that she’d identified “patient zero,” and discovered that it was a “disgruntled florist,” who was just trying to trash Mark, and cause trouble for them. Andy reminded her that while this “disgruntled florist” may have started the rumor, it had been LeeAnne who’d repeated it on national television.

So, like I said, same old tired argument. But the party isn’t over yet, and the second part of the reunion promises to be a Texas sized blast!

TELL US – THOUGHTS ON THE RHOD REUNION PART 1?