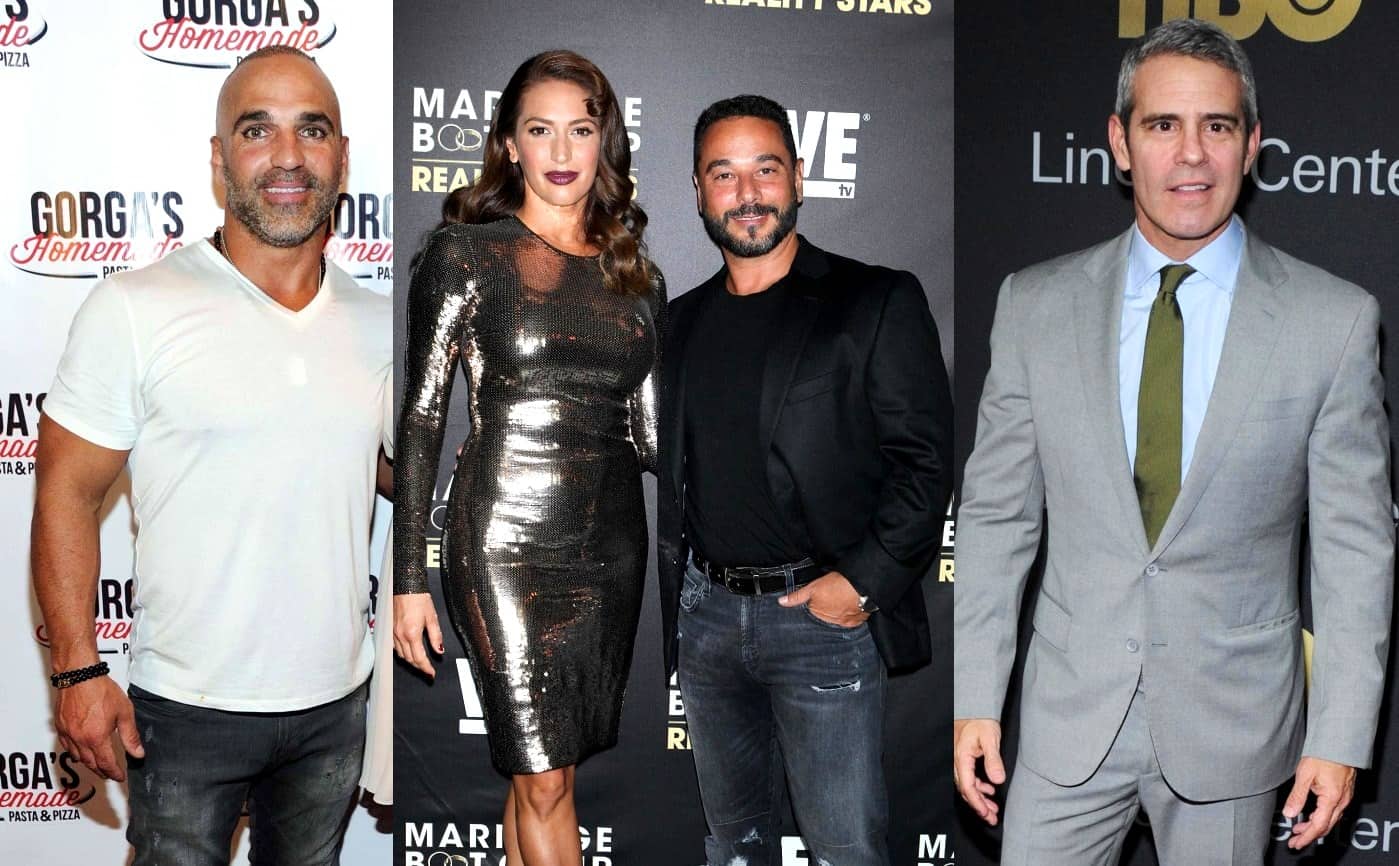 After Jim, the husband of Amber Marchese, shockingly claimed that no straight man would want his son to be gay, Joe spoke out against him, labeling Jim as “shallow” and suggesting he is an embarrassment to the Bravo TV reality series.

“That’s what makes him shallow!” Joe explained to Radar Online on December 11. “He’s an embarrassment to the show, especially with that comment. I’m happy he’s off the show.”

Joe then said that if one of his two sons ended up being gay, he would not be against it. In fact, he would “embrace and love” them.

“If my sons were gay I would embrace them and love them!” he proclaimed.

Over the weekend, Jim, who was arrested in 2016 for alleged domestic violence (the charges were ultimately dropped) offended many after taking to Twitter to defend Kevin Hart, who stepped down from his Oscar hosting gig after an old tweet resurface in which the comedian said he did not want his son to play with a dollhouse because doing so was “gay.”

“So true NO STRAIGHT MALE wants his son to be gay,” Jim tweeted on December 9. “A gay son is a curse that takes away your #family traditions #heritage #LGBTIQ is a parents nightmare that destroys families. Ruins holidays like #Christmas #KevinHart we support you! #LiberalismIsAMentalDisorder.

Jim then continued his rant by slamming his critics as bigots and stating that being gay is an act of “sexual deviance,” as well as a “lifestyle choice.”

“For those pushing #LGTBIQ agenda show me a single credible study which links genetics,” Jim continued in another tweet. “Being gay is a physical act derived in sexual deviance by definition. No one is born gay. It is a lifestyle choice like being vegan. Get over it. You are #FakeNews.”

After Andy Cohen responded to Jim’s posts by admitting his offensive words were “on brand” for him and encouraging people to pray for his children, Jim fired back at his former boss with another tweet that labeled him a “sick” and “elite liberal.”

“Creepy that @andy trolls my account. IT is SICK to refuse to have women viciously attack & abuse each so you can be famous & become wealthy,” he wrote, adding hash tags, “#elite #liberal #RHONJ #RHONY #RHOD #RHOA.”

After a fan accused him of being a hypocrite, stating he willingly chose to appear on the Real Housewives, Jim appeared to deny knowing what the show was about before he chose to appear on it while also calling it the “worst experience” of his life.

“No checks…no money…never watched the show…you are wrong on all fronts. Didn’t know anyone on show was picked up in casting call by accident, they needed a partner for my wife for audition. They didn’t say for what show,” he tweeted.