David Eason has had a rather interesting last 24 hours to put it mildly.

First, the fired Teen Mom 2 star went on a scary rant on Instagram on Friday after receiving a visit from the secret service due to a post he made about the president. And then this morning, David received some backlash from his followers after making a raunchy comment about his wife Jenelle Evans‘ body.

On Saturday morning, David shared a photo of Jenelle posing with her backside facing the camera, and proceeded to write in the caption of the photo: “‘My a** is obnoxious’ she says. I told her that’s what the biscuits n gravy and hittin it from the back will do to ya! ? I love you babe!.” 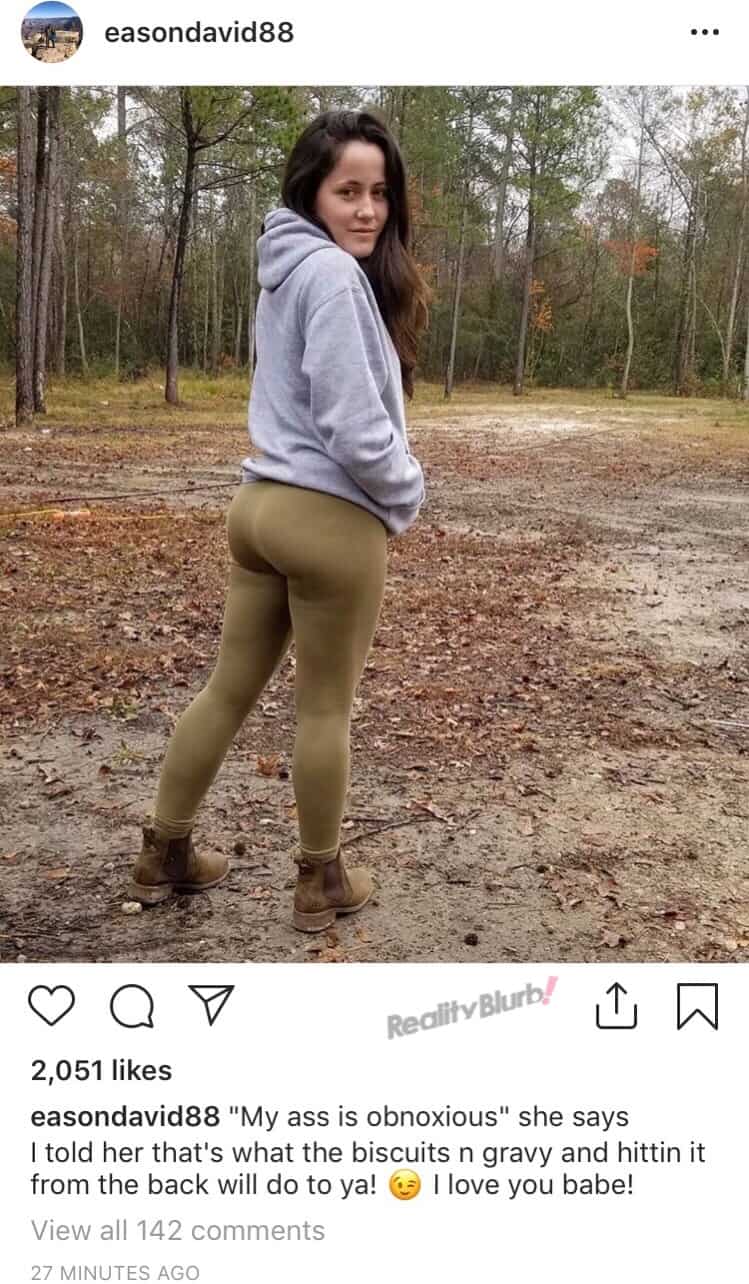 Right away, many fans slammed David for what they felt was a disrespectful post to his wife.

“No respect for your wife,” wrote one person.

“I hope your children never read your IG one day,” chimed in another follower.

“You seriously disgust me!!!” added another person.

“If my “husband” ever posted this on a social media site with that kinda caption I’d be livid,” shared one fan.

David did however get some support from some of his fans who felt there was nothing wrong with his post and that he was just “showing off” Jenelle.

“What’s wrong with showing off his wife? Lol” asked one person.

“I love how he loves every bit of her and screams it for the world to hear. He shows her off and I love it. What’s wrong with a man showing off the love of his life. Damn America is full of snowflakes,” a fan wrote.

Jenelle and David’s relationship has been under intense scrutiny lately after the MTV reality star called 911 in October to accuse David of domestic violence. During her call, Jenelle accused David of pinning her to the ground while also telling the 911 operator that she heard her “collarbone crack.”

However, following the release of the phone call, she denied the abuse and blamed the incident on a “drunk and dramatic misunderstanding.”

Teen Mom 2 season nine is currently in production and expected to air on MTV early next year.