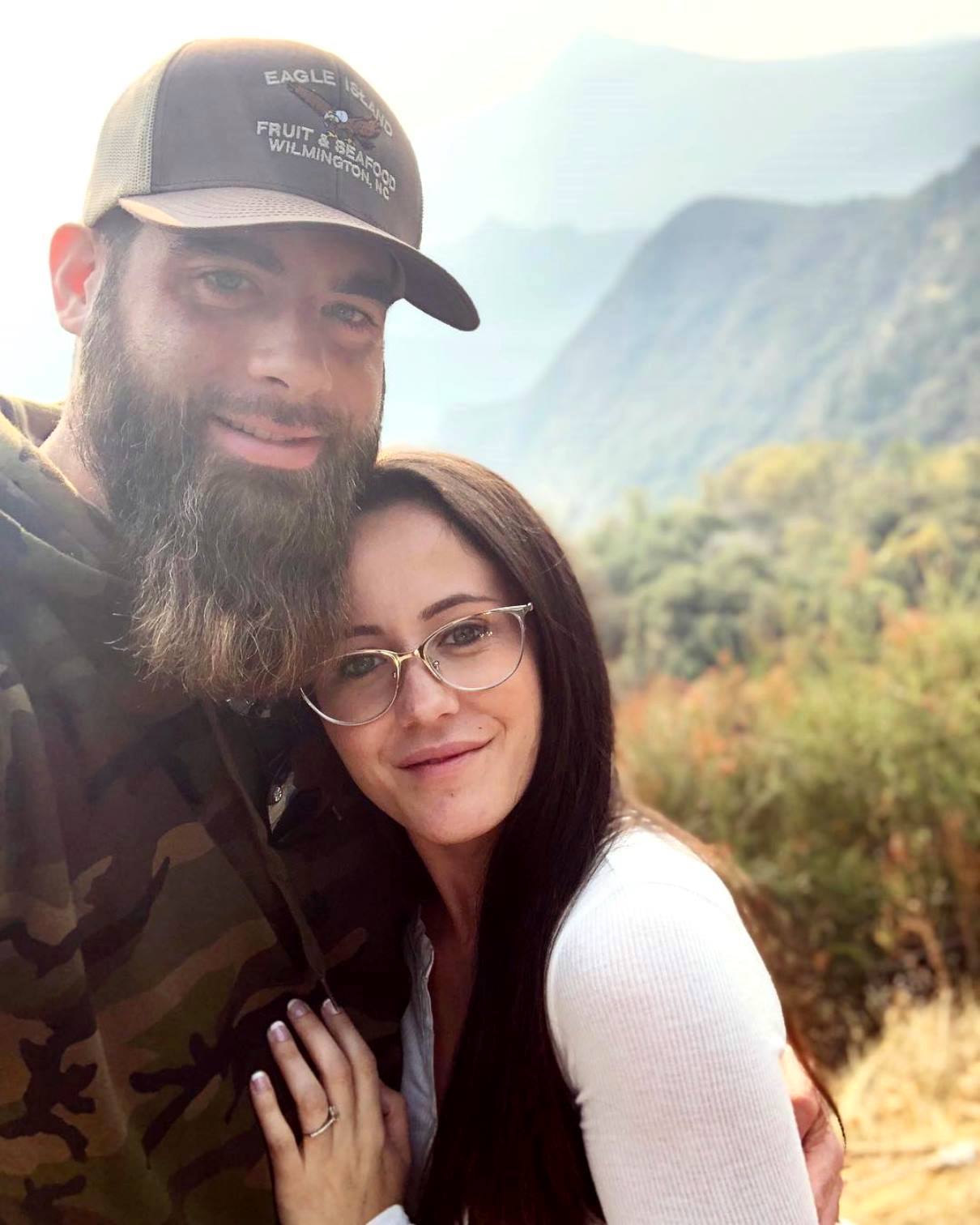 David Eason went on a scary rant on Instagram on Friday after receiving a visit from the secret service.

The visit came after the fired Teen Mom 2 star and husband of Jenelle Evans included the hashtag of President Donald Trump and Nancy Pelosi in a controversial video with a gun. David then proceeded to share a series of clips and memes on his Instagram story about the visit.

“So since ya’ll are so concerned I put #Trump and #NancyPelosi, why don’t you go tell them b***hes not to start banning guns. And maybe people won’t put #TheirName,” he began. “I guess ya’ll didn’t know I keep stock piles of ammunition just enough to blow sh*t into pieces on any given day or situation. I also keep stock piles and large capacity magazines of everything.” 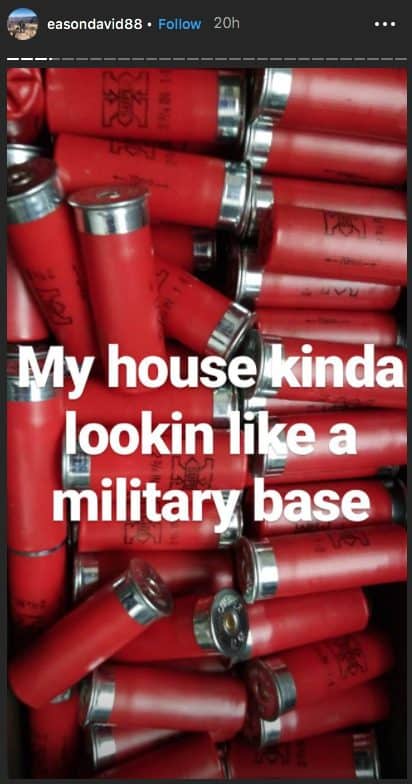 After showing off his in-house weaponry, David suggested it was one of his Instagram followers, or many, who had contacted the secret service with concerns.

“They said they were secret service. They protect the president and next time you call the little b***hes to my house, the same thing is going to happen. I’m going to tell them to f**king leave… unless they got a warrant,” he explained.

“And for you secret services officers,” David continued, “I’m very flattered that you rolled out to my house just to check it things out and all but don’t be a f**king b***h. I’m going to start posting guns and putting #Trump every f**king time so go f**k yourselves.” 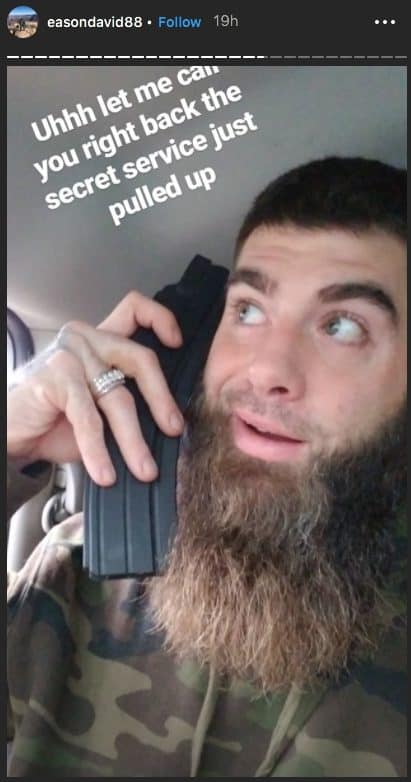 David, who was fired from Teen Mom 2 in February due to a homophobic rant on Twitter, went on to reveal that while he used to leave his driveway gate unlocked, he will no longer be doing so. And, if someone dares open the gate and drive up his driveway, he won’t hesitate to shoot.

“You know what the crazy thing is? I try to keep my gate unlocked,” he said. “I try and have that little bit of freedom just at the end of my driveway. I have to lock it, because of you mother f**kers.”

“You secret service mother f**kers, you wouldn’t have come down here if my gate was closed and if you did, I would’ve started shooting at you because I wouldn’t know who you was. Are you going to come back? I don’t think so.”

“I don’t care if you are the police, if you’re the mother f**king swat team. If you are the President himself, my mama, I don’t give a f**k who you are. You don’t come on my property unless you call me first and from now on, the gate is always locked,” he explained.

“Just let that be a warning to anyone who thinks they want to look up my address and come to my mother f**king house and act like a fan or you’re some random person looking around, I promise you, we are not going to friends,” he vowed.

In addition to his Instagram story clips and memes, David also posted a telling post on his page in which he was seen sleeping with a gun.

Jenelle, who unfollowed her husband weeks ago on Instagram, has not yet responded to David’s controversy.

Teen Mom 2 season nine is currently in production and will return to MTV sometime next year.