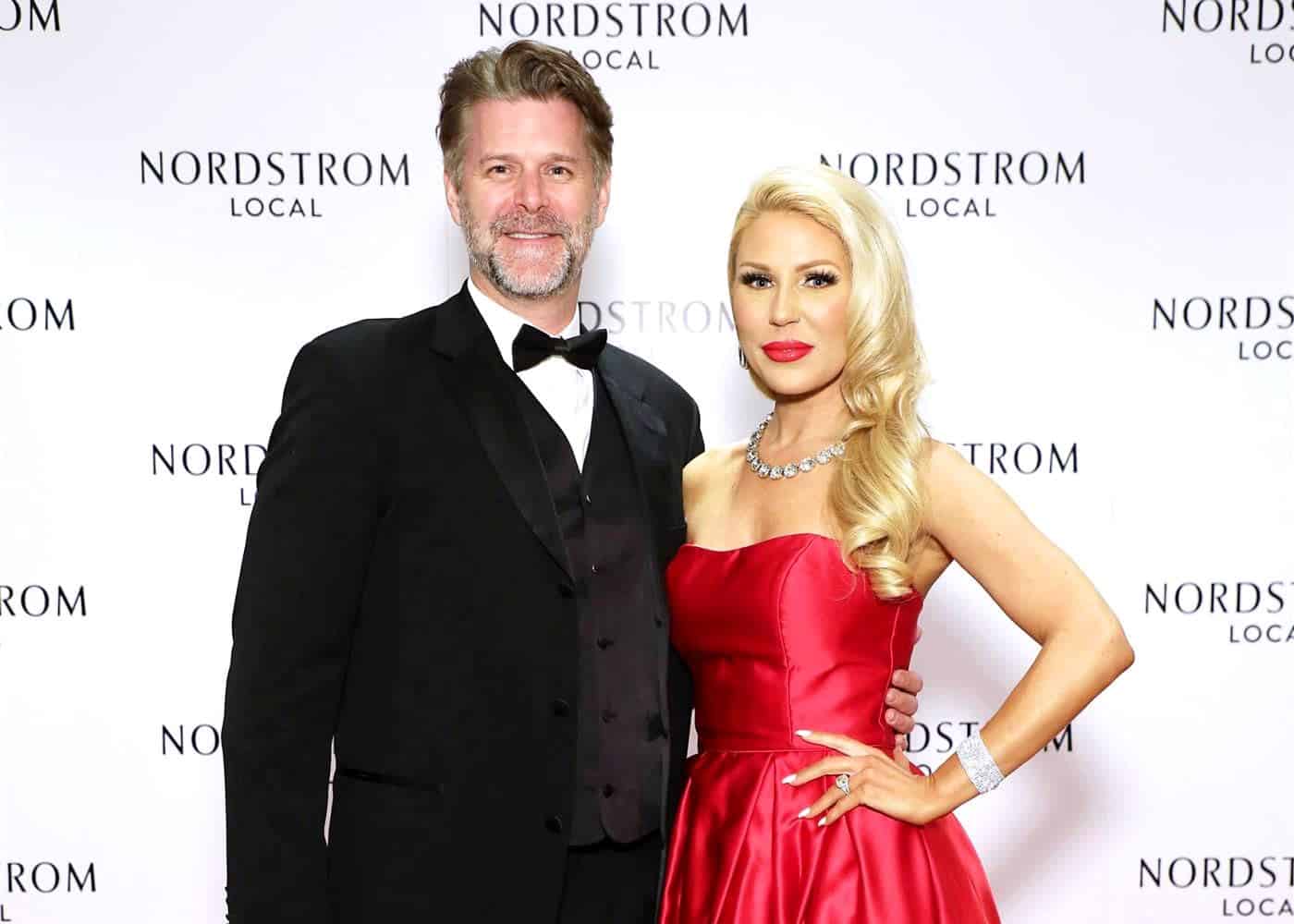 After a years-long journey with in-vitro fertilization, the former Real Housewives of Orange County couple is expecting their first child together in July of next year.

“Yes! Finally! We have news that we are pregnant,” said Gretchen on December 17, during an appearance on The Doctors. “It’s a little surreal,” added Slade.

Gretchen and Slade, 50, who became engaged during the finale episode of the RHOC season eight, have been together for just under 10 years and have been trying to conceive a child for the past four years.

“We knew that we had to go through IVF in order to get pregnant,” Gretchen revealed to PEOPLE magazine, citing Slade’s past vasectomy. “We went through a round of IVF and in that round we had 14 embryos that came out of that. We were so excited and just beyond ecstatic about the results.”

Unfortunately, just hours before they were scheduled to have the embryos implanted, their doctor called and informed them “that all the embryos had arrested and basically died.”

“We were just beyond devastated. I couldn’t even get out of bed because you just go from such a high thinking within the next 24 hours you were going to be pregnant to losing everything and losing 14 embryos. That was really, really hard for me and Slade to come out of that,” Grectchen recalled. “I was in a deep depression after that.”

A couple of years later, Slade underwent a vasectomy reversal in hopes of conceiving a child naturally. Sadly, that option didn’t work either and ultimately, he and Gretchen went back to IVF for a second try with a different doctor.

While the baby will be the first for Gretchen, he or she will be the third for Slade, who has sons Gavin and Grayson from previous relationships.

Going into her second round of IVF, Gretchen said she was “scared.”

“I was a 40-year-old woman going back in to try IVF. We went through two more rounds of IVF and we did not have the same amount of eggs and the same amount of embryos as we did the first round four years earlier. It was scary to sit there and think, ‘Oh my gosh, I retrieved 10 eggs.’ But out of 10 eggs, you only got one good embryo — one genetically sound embryo. And then the second round, the same thing happened. We only got two genetically sound embryos out of all of our rounds, so it was very nerve-racking going into this implantation because it was like, you only get two shots at this,” she explained.

Last month, around the time of Slade’s 50th birthday, Gretchen went in for her implantation and shortly thereafter, she learned she is pregnant.

“It’s been a little bit harder than I definitely anticipated,” said Gretchen about her first months of pregnancy. “I think they lie to you when they tell you you’re gonna get morning sickness. They lie to you — it’s all day sickness! But the good news is that my doctor told me that’s actually a good sign.”

To hear more about Gretchen’s baby news and IVF journey, check out her and Slade’s interview on The Doctors.

In other Gretchen Rossi news, the mother-to-be recently scored victory over a credit card company who was trying to sue her for $9,000 over allegedly unpaid bills. According to The Blast, the debt collector has dismissed their suit against her.