Home Don't Be Tardy PHOTOS: Kim Zolciak Debuts Huge New Lips and Gets Majorly Trolled On Instagram By Her Fans! See the Photo & Their Comments

PHOTOS: Kim Zolciak Debuts Huge New Lips and Gets Majorly Trolled On Instagram By Her Fans! See the Photo & Their Comments 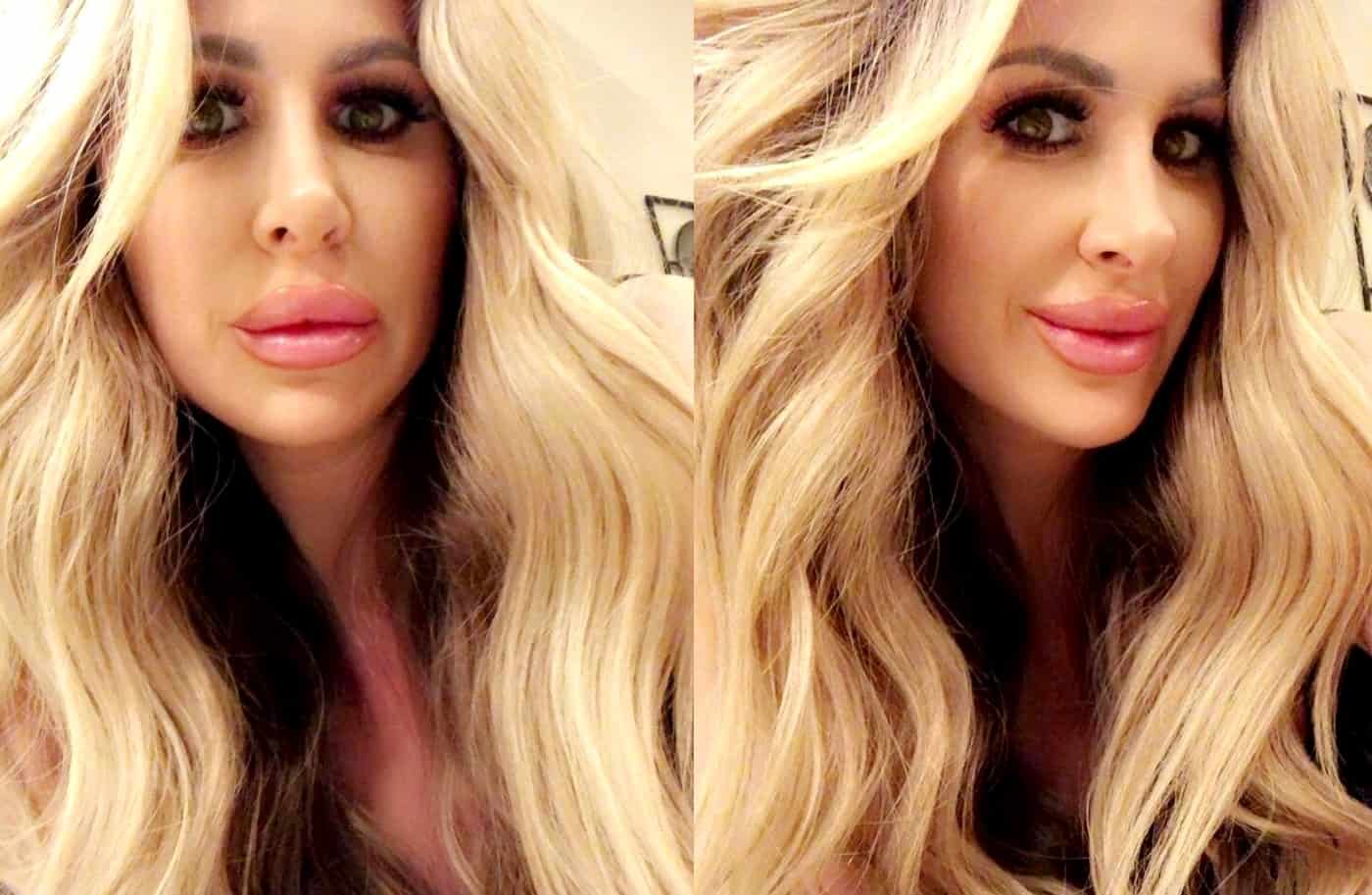 Kim Zolciak‘s lips are looking bigger than ever — and her fans aren’t impressed.

On Monday, the Don’t Be Tardy cast member shared a slideshow of photos and a short video clip of her new look and was immediately ambushed by fans who told her she looked embarrassingly botched and ridiculous.

“Allergic reaction….?” someone asked in response to her photos.

“This is not cute. Sad that she can’t see how ridiculous she looks,” another added.

A short time later, Kim shared a video on her Instagram Stories, which gave fans an even better look at just how large her lips are. 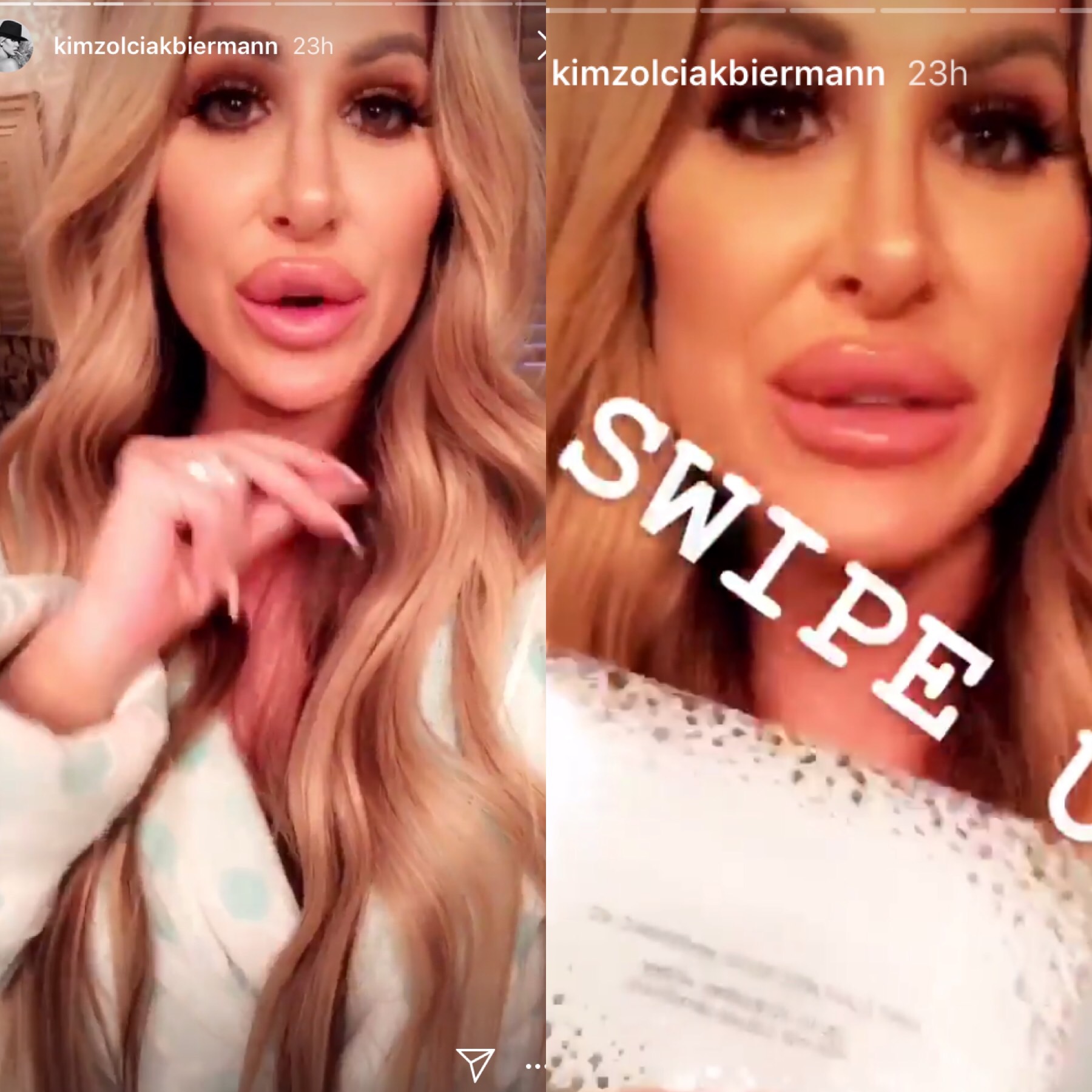 After sharing photos and video of her newly plumped pout, the former Real Housewives of Atlanta cast member was met with intense criticism from her followers, many of whom begged her to quit using filler.

One person even asked what Kim did to her face and said it was “[too] bad.” 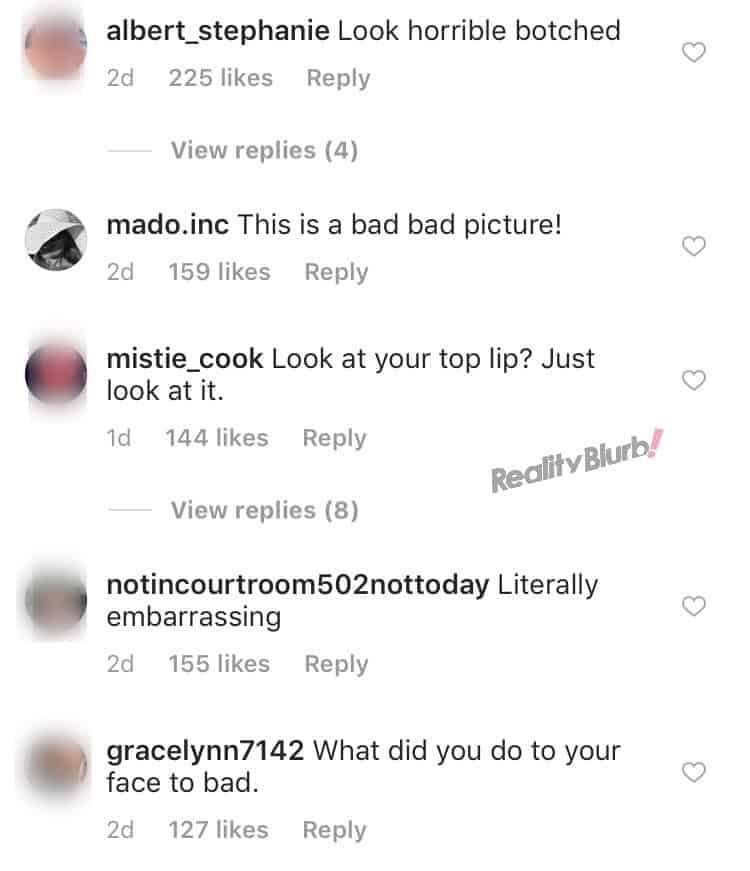 “OMG! Stop with the lip fillers! It looks ridiculous,” someone begged.

Although there were a handful of fans who suggested people be nicer to the reality star and mom of six, the majority of Kim’s fans and followers were not happy with her latest injections.

“Kim… you look ridiculous,” a person told her.

“Is that you or a waxed version?” another asked. 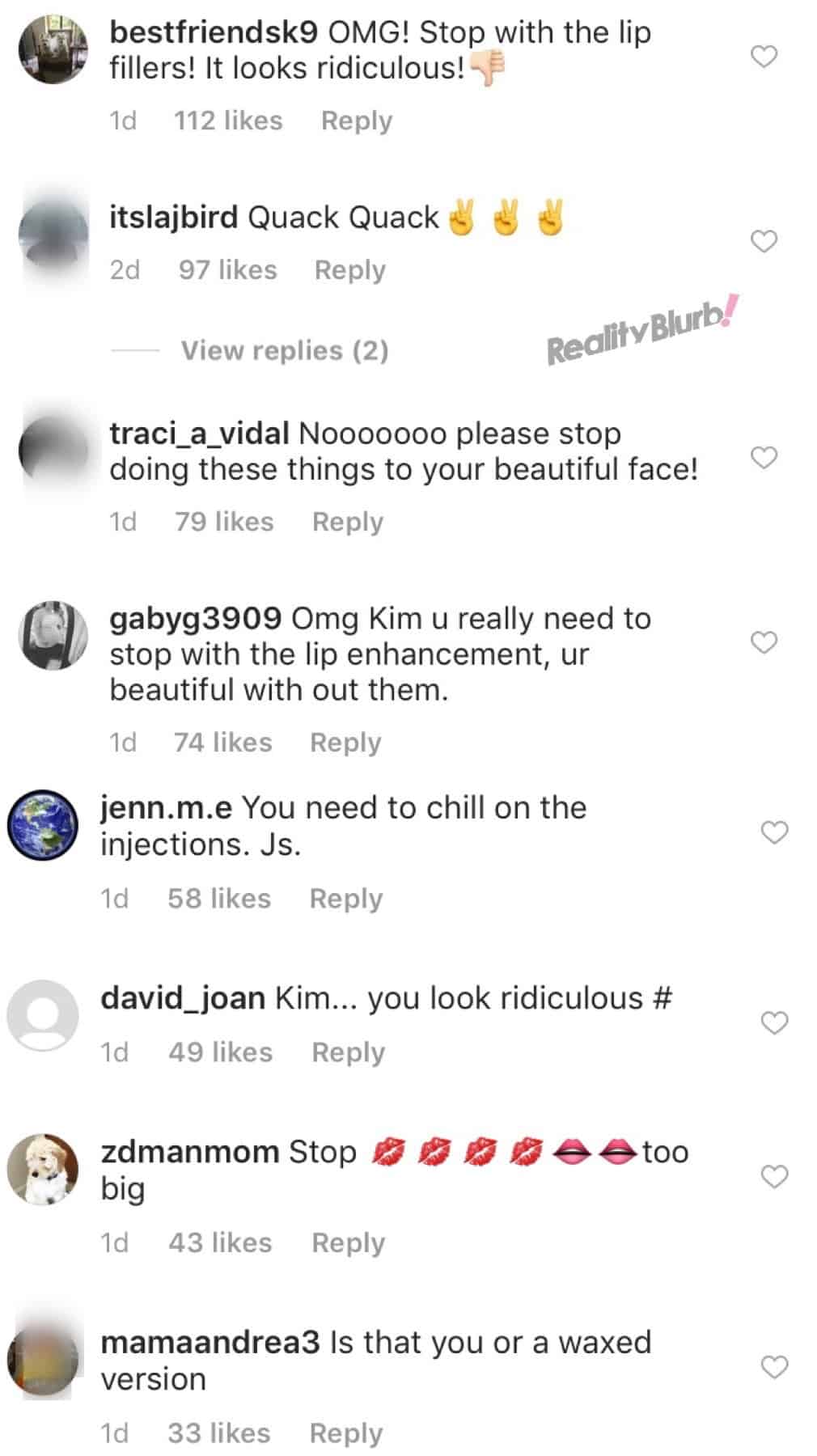 Despite the ongoing backlash, Kim doesn’t appear to have any plans to stop getting filler and recently told a fan she “loves” her big lips.

Don’t Be Tardy will return to Bravo TV for season seven sometime next year.

TELL US – DID KIM GO TOO FAR WITH HER LIPS?