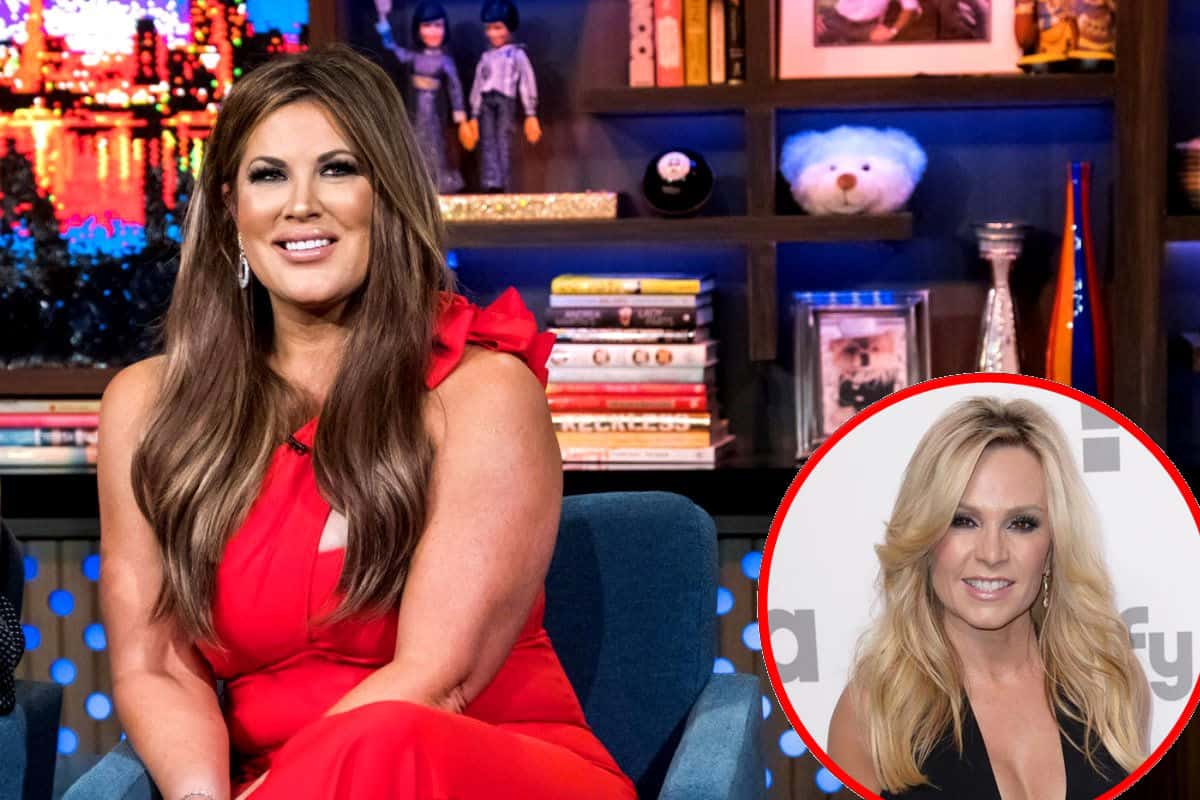 Days after catching her Real Housewives of Orange County co-star talking trash about her husband, Shane Simpson, on Instagram, Emily is speaking out against Tamra for continuing to start online feuds and slamming her for making “hypocritical and childish” statements about Shane.

“Tamra consistently speaks poorly of me, my family and my husband,” Emily told Us Weekly. “Her statements about Shane are hypocritical and childish. I’ve never spoken poorly of Eddie. I don’t like being the kind of woman that is involved in a petty war of words, but, let’s be honest, she always starts it. I just finish it.”

Earlier this week, a friend of Emily’s sent her a screenshot of Tamra calling Shane a “little b***h” on Instagram and suggesting his attacks on women were “gross.” In response, Emily called Tamra out with a tweet that dissed her Southern California gym, CUT Fitness.

Happy Holidays Tamra! ❤️❤️Thank you for always being such a class act! I hope you had an amazing holiday party with the Cut Fitness members. All four of them. #afriendsentmethisscreenshot #rhoc #happyholidays #happytobeblocked pic.twitter.com/dFRbXkoqWL

Two months ago, Tamra spoke to Us Weekly and in her interview, she claimed it was Emily who was starting drama with her.

“I think the issue with me, it’s not so much what happened on the show, it was a lot of the things that she was doing behind our backs. A little sneaky,” Tamra said at the time. “Outside of the show, just things that I’ve heard, things that she’s done. Her sister’s out there tweeting horrible things about me and Eddie.”

In other Emily news, she is also firing back at claims that she exploited her mom Carolyn’s illness on this season of the RHOC.

As viewers will recall, towards the end of the season, Emily opened up about her mom’s depression and how it affected her negatively during her childhood. She also revealed her mother hadn’t seen her grandchildren in years, adding that she hadn’t left her home in a year.  And during the season finale, Emily’s mom made an appearance on the show as she came to visit Emily’s family.

On Twitter this week, a fan of the show accused Emily of bringing her mom on the show for an “apology tour” and told her “depression” wasn’t something her mom needed to apologize for.

Emily denied this, stating it was actually her mom’s idea to appear on the show.

“I didn’t bring her out for an apology your. It was her idea. She wanted to film. She signed the consent. She wanted to bring mental illness to the forefront,” wrote Emily. 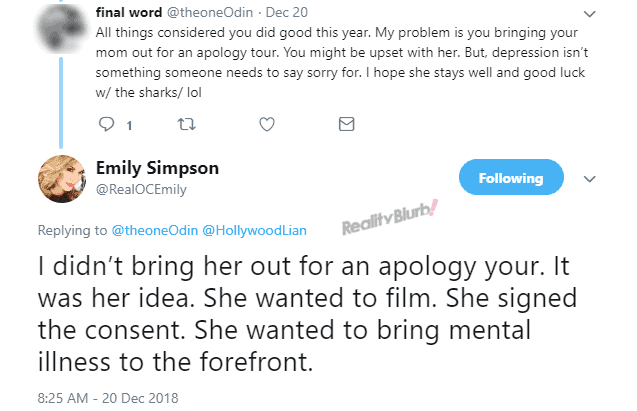 She later added, “I just think she felt guilty. I never asked for an apology. I was just happy she was out of bed and making an effort to get better.”

There is also good news as while the RHOC was filmed during the beginning of the year, Emily shared a photo on her Instagram page in August stating her mom was in town visiting.

The Real Housewives of Orange County cast is expected to begin production on season 14 sometime next year.