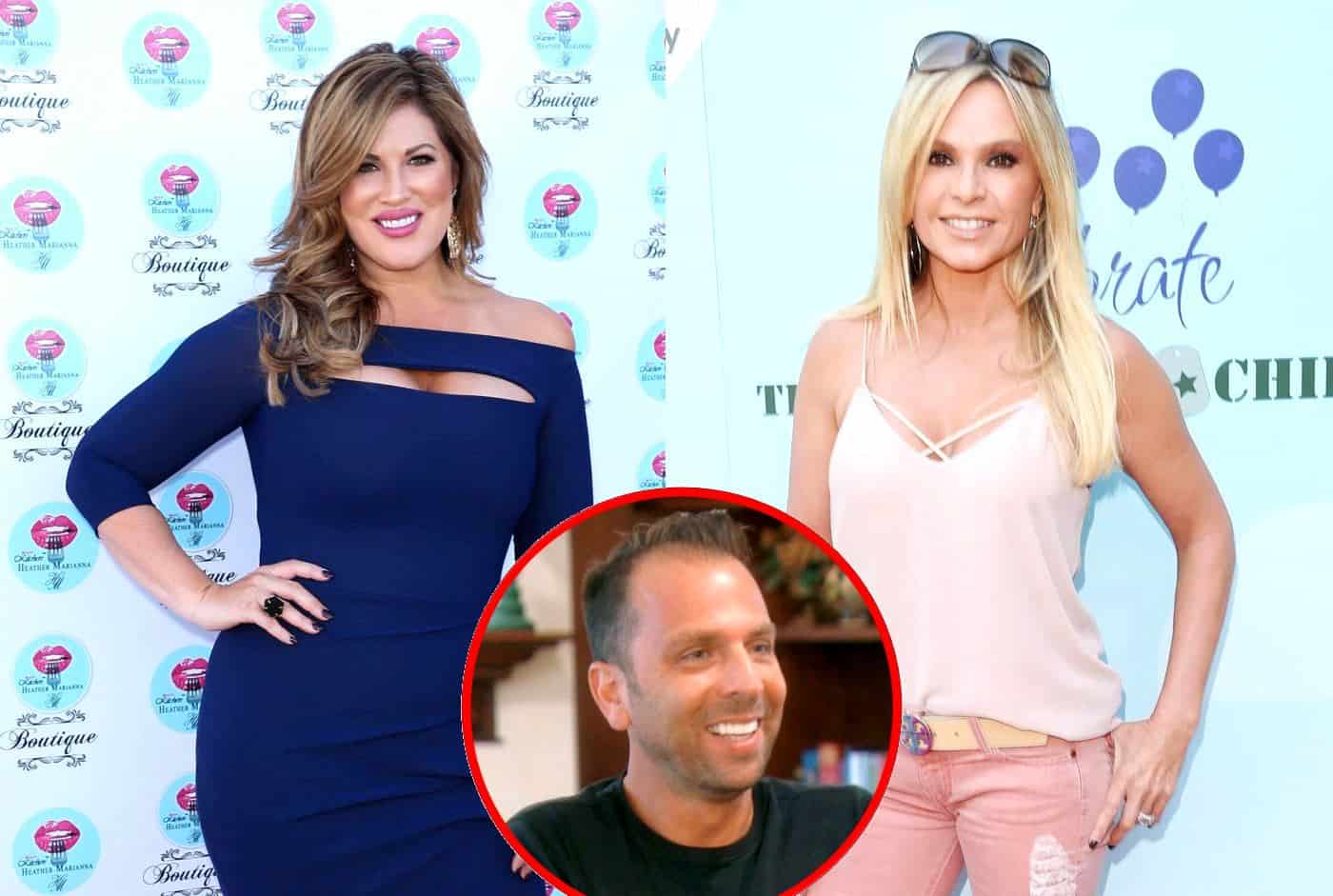 The Real Housewives of Orange County season 13 may be over but the drama between Emily Simpson and Tamra Judge is not.

In a new tweet, Emily is calling out Tamra for making mean statements about her husband, Shane Simpson, in the comments section of an Instagram post, and sharing a screenshot of Tamra’s wrongdoing.

The drama began on Monday after Tamra took to Instagram to share a series of photos from her holiday party at CUT Fitness and was promptly confronted by a fan who suggested there were double standards present at the RHOC reunion.

“You just said on the reunion that you would ‘punch someone in the t*t’ if they talked about your husband,” the fan said, “but when it came to Kelly talking about Emily’s husband…”

“My husband isn’t a little b***h that involves himself or goes after women,” Tamra fired back. “That’s gross.” 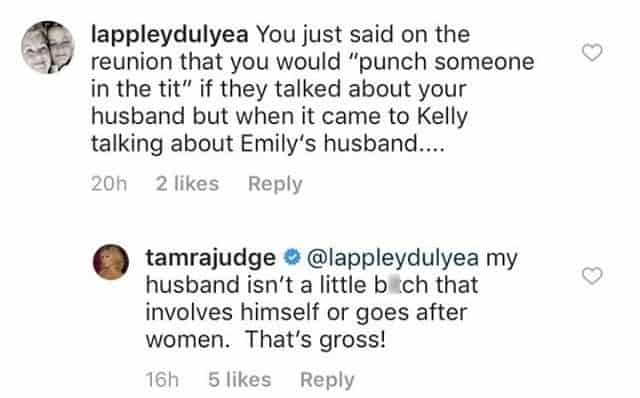 After sharing Tamra’s screenshot, Emily fired back on Twitter.

“Happy Holidays Tamra! Thank you for always being such a class act!” Emily joked in a December 18 tweet. “I hope you had an amazing holiday party with the Cut Fitness members. All four of them.”

Also in her post, Emily revealed that because she has been blocked by Tamra for some time, she didn’t come across the comment herself. Instead, a friend sent the screenshot seen below to her.

Happy Holidays Tamra! ❤️❤️Thank you for always being such a class act! I hope you had an amazing holiday party with the Cut Fitness members. All four of them. #afriendsentmethisscreenshot #rhoc #happyholidays #happytobeblocked pic.twitter.com/dFRbXkoqWL

After Emily responded to Tamra’s comment by taking a dig at her gym, one of her followers pointed out that Tamra’s husband, Eddie Judge, had previously taken aim at Vicki Gunvalson‘s physique.

“Is she forgetting when Eddie was calling Vicki fat on social media?” the fan asked.

“Or all the things he said about her ‘best friend’ [Shannon Beador],” Emily replied.

FIND OUT WHICH RHOC HOUSEWIVES WILL RETURN NEXT SEASON!

“I don’t think your husband went after Kelly she walked up to the table were he was and inserted herself in the convo,” one person said.

“Shane didn’t involve himself,” another agreed. “Kelly walked up to THEM, inserted herself into THEIR conversation and then responded when asked a question. He shoulda just walked away with Steve but he was trying NOT to be rude.”

“Tamra is such a hypocrite, Eddie has involved himself many times in the situation with Vicki last year and Shannon this year, he does his [sh*t] talk behind their backs while filming with Tamra only, and that doesn’t make it any better!” added a third.

The Real Housewives of Orange County will return to Bravo TV for season 14 sometime next year.