Bravo’s Andy Cohen Picks a Side In Vicki Gunvalson and Tamra Judge’s RHOC Feud! Reveals Who Is to Blame in Teresa Giudice’s Family Drama, Plus Kenya Moore and Porsha Williams’ Fight 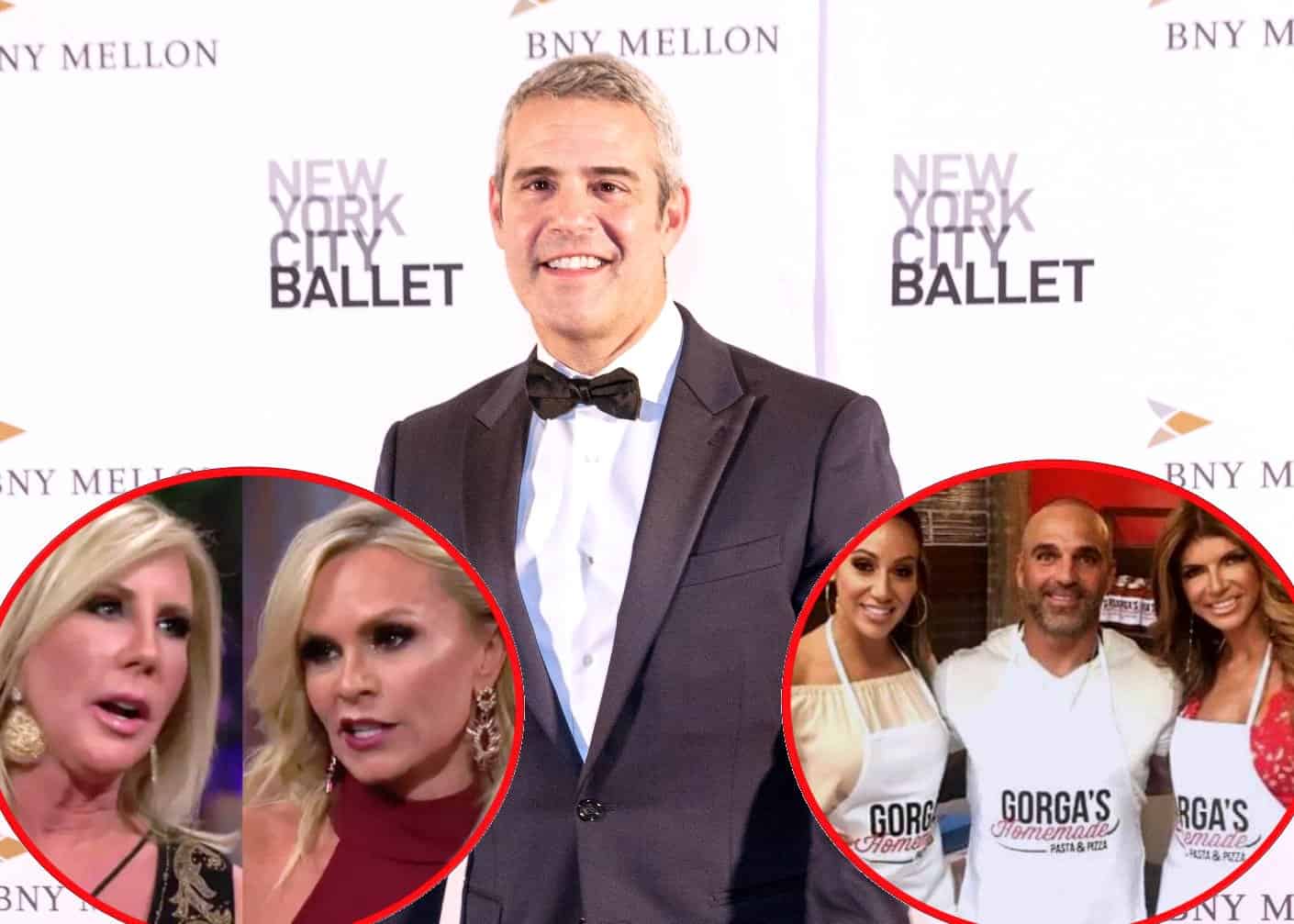 Andy Cohen hosted part II of a holiday special featuring several “OGs” of his Real Housewives franchise on Watch What Happens Live last night and during the show, he faced some hard-hitting questions from his longtime stars.

After giving the wives plenty of questions of his own, the ladies turned the tables on Andy and questioned him, asking him to pick a side in some of the most heated feuds of the franchise, including Teresa Giudice‘s family feud, the on-and-off feud between Vicki Gunvalson and Tamra Judge, and Kenya Moore and Porsha Williams‘ dramatic Real Housewives of Atlanta reunion fight.

“Who do you think is the most responsible for my family’s drama over the years?” Teresa, of The Real Housewives of New Jersey, asked during “O Come OG Faithful.”

Andy shocked Teresa when he said he believed she held the most blame in the family feud involving her brother Joe Gorga and his wife Melissa Gorga.

“Wow, okay… let me figure this out. I’m unpacking this,” Andy began. “I think part of me wants to say, a little bit you, okay… But hold on! But what I think the issue is that you and your brother are a lot alike and I think you both are so passionate I don’t think you both take stuff in that the other is saying,” he explained.

“Got it,” Teresa replied.

Next up was Vicki, who has had an up and down friendship with her Real Housewives of Orange County co-star Tamra for the past several seasons of the show.

“Who do you think has made more mistakes in the friendship between Tamra and I?” Vicki asked.

“This is horrible,” Andy said. “I think you two repeat things a lot. I think you repeat mistakes a lot, you Vicki Gunvalson. I think you both do but I think you might have a harder time taking ownership of certain things.”

“When I’m not wrong I’m not taking ownership,” Vicki argued.

As for NeNe Leakes, she wanted to know Andy’s opinions on a couple of her co-stars’ fights.

“Who do you really blame for the physical fight between Kenya and Porsha? Do you blame Kenya for bringing the blow-horn or do you blame Porsha for getting physical?” she asked.

As a follow-up question, NeNe asked Andy about a potential double standard between Porsha and her former co-star Phaedra Parks.

“In the Phaedra and Kandi incident, everyone feels that Phaedra was punished and Porsha never was. Is that the case?” NeNe asked.

“I mean that seems like it was the case. However, it seemed to me that the group of women were more able… there were more women in your circle that were more able to forgive Porsha but it seemed at the end that no one could forgive Phaedra,” Andy explained.