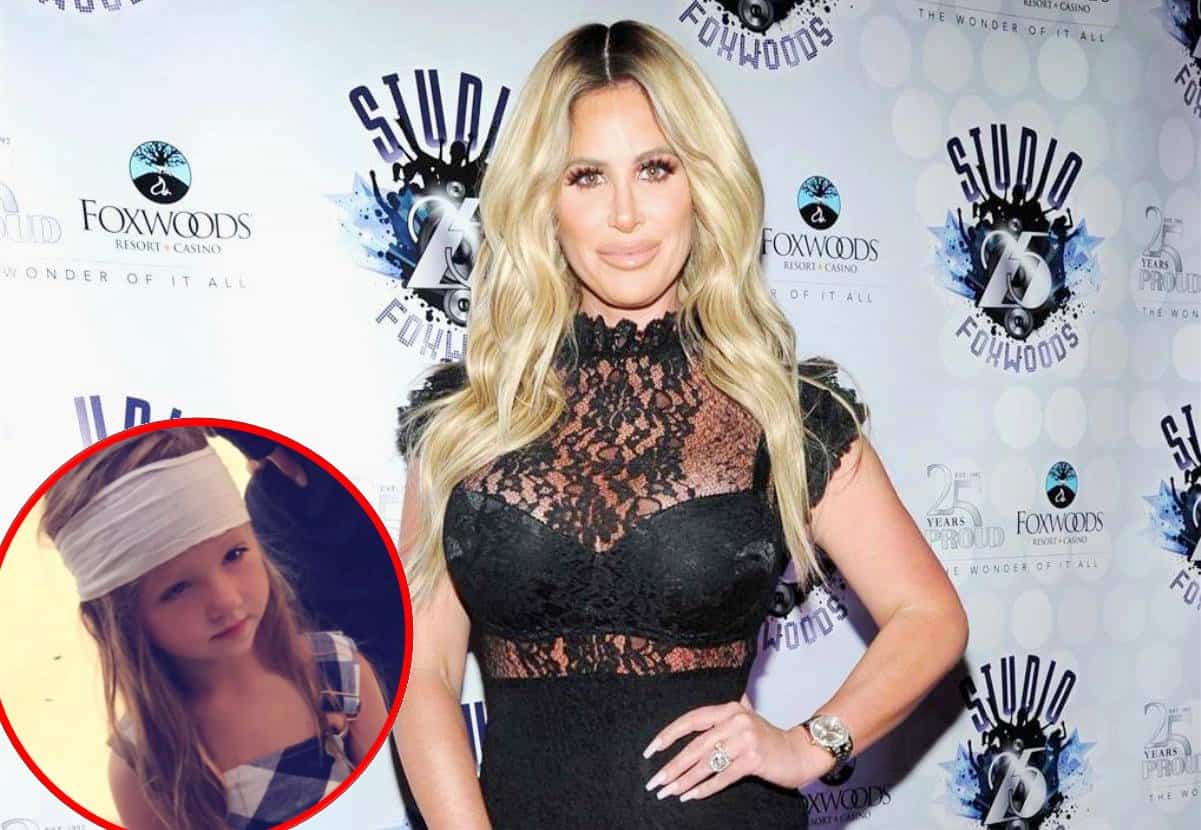 Kim Zolciak is getting blasted by fans after sharing an odd photo of her five-year-old daughter Kaia on Instagram.

On Wednesday, the former Real Housewives of Atlanta cast member and current Don’t Be Tardy star posted a blurred-out picture of the child riding down her driveway with her butt showing and was immediately slammed by her fans and followers.

“Well.. @kaiabiermann is out here enjoying her new skooter!” Kim wrote in the photo’s caption, along with a “living her best life” hashtag.

After the photo was shared, many slammed Kim for exploiting her child for her own benefit and publicity, and some labeled her “low class.”

“This is not cute…neither is your little girl not wearing any underwear. Anything to stay relevant!” one person wrote.

“Awesome for the pedos. Jeezus,” said another.

“This is tacky and exploitative,” added a third.

Others wanted to know why Kim’s daughter wasn’t wearing underwear under her clothing.

“Why doesn’t she have underwear on??” someone asked.

“Where are her underwear? I’m far from perfect but I would never put a pic of my son or daughter like that… What’s wrong with people,” another fan noted.

Someone else said the image of Kaia was “inappropriate AF.”

Mom-shaming is nothing new for Kim. As fans have seen, the mother of six is frequently berated for the images and videos she shares of her children, especially her minor children.

Just months ago, Kim was targeted by fans after being caught photoshopping Kaia to have a smaller nose and a larger butt on Instagram.

Don’t Be Tardy season seven will air on Bravo TV sometime next year.