Home 90 Day Fiance ’90 Day Fiancé’s Colt Speaks Out After Woman Leaks a Nude Photo He Sent Her, Gets Into Feud with Kalani

’90 Day Fiancé’s Colt Speaks Out After Woman Leaks a Nude Photo He Sent Her, Gets Into Feud with Kalani 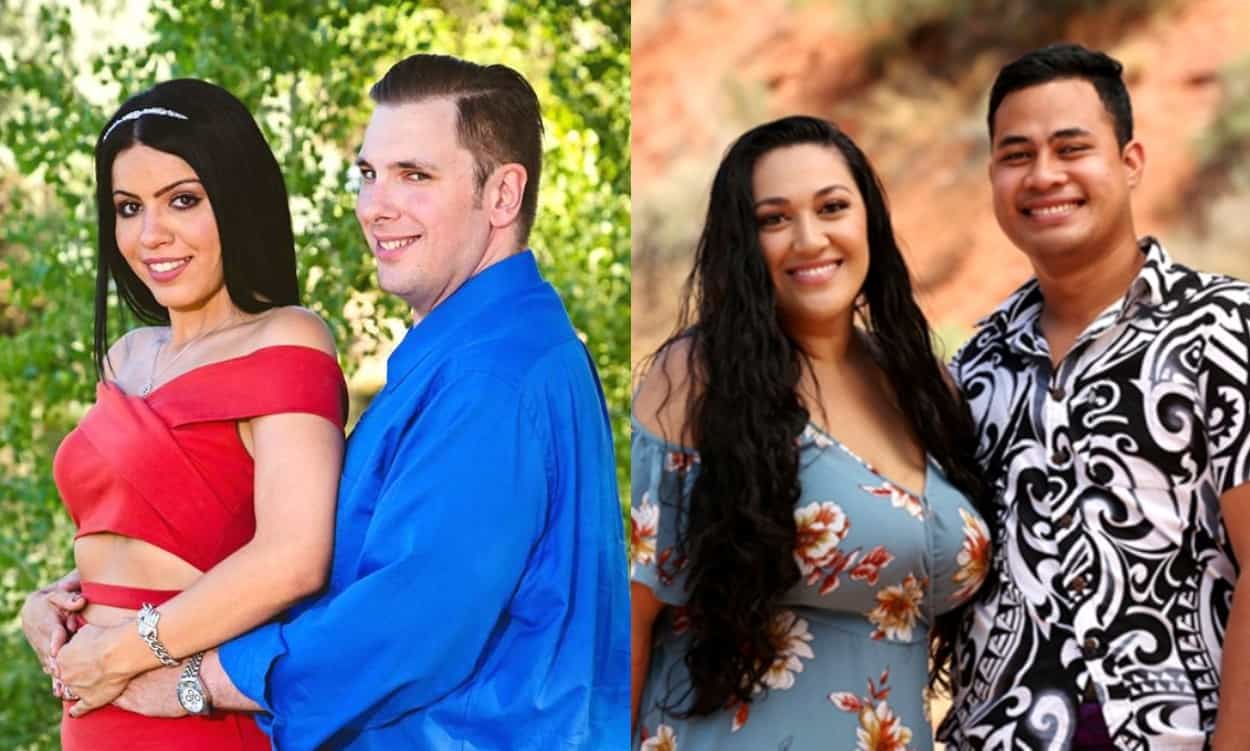 90 Day Fiancé cast member Colt Johnson may have just been caught cheating on wife Larissa Dos Santos Lima, but according to him, his critics are failing to realize that he’s actually a victim.

Following Larissa’s statements about her husband cheating on her with several women online, one of those women leaked a nude picture of Colt and Colt reacted by pointing out it is a crime.

“I think people are forgetting that what happened to me was technically a crime. I made mistakes in my relationship and I’ll have to atone for them sooner or later but that doesn’t mean you can release explicit images or video of ANYONE without their permission,” Colt said in a statement to his fans and followers on Instagram.

“Regardless of your opinion of me, if you are obsessed with someone to the degree that some of you are then maybe it’s best you re-evaluated your life,” he continued. “I’m not perfect, I’ve made a ton of mistakes but maybe you should focus less on ways to hurt people or humiliate them and try to be a better person. We are all humans and we have all made mistakes and act foolish.”

“With the new year fast approaching, I personally will try to be a better person. What about you?” he added.

Following his photo scandal, Colt was called out on Instagram by his co-star, Kalani Faagata, who lashed out at him for cheating on Larissa in the comments section of one of his posts.

“Me at work today,” he wrote with a video of a robot.

“I thought you quit your job for 90 Day filming? I mean, that’s what you said….” a fan wrote in response.

“I’m not Kalani,” Colt answered, according to a screenshot taken by a 90 Day Fiancé fan page.

After seeing Colt’s comment, Kalani fired back at him by mentioning his recent nude photo leak.

In response, Colt told Kalani to “have fun” with the life she’s chosen before blocking her.

“Aww, he blocked me,” Kalani said after being blocked. “I know I’m a handful — can’t say the same for him. Good night all.” 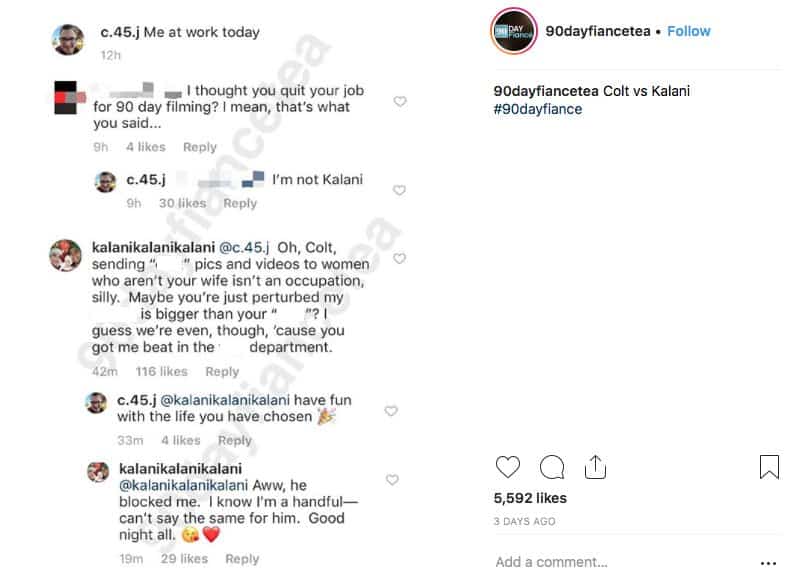 Colt and Larissa have had an up and down relationship for the past several months, which has included allegations of domestic violence and an arrest, but are currently still together.