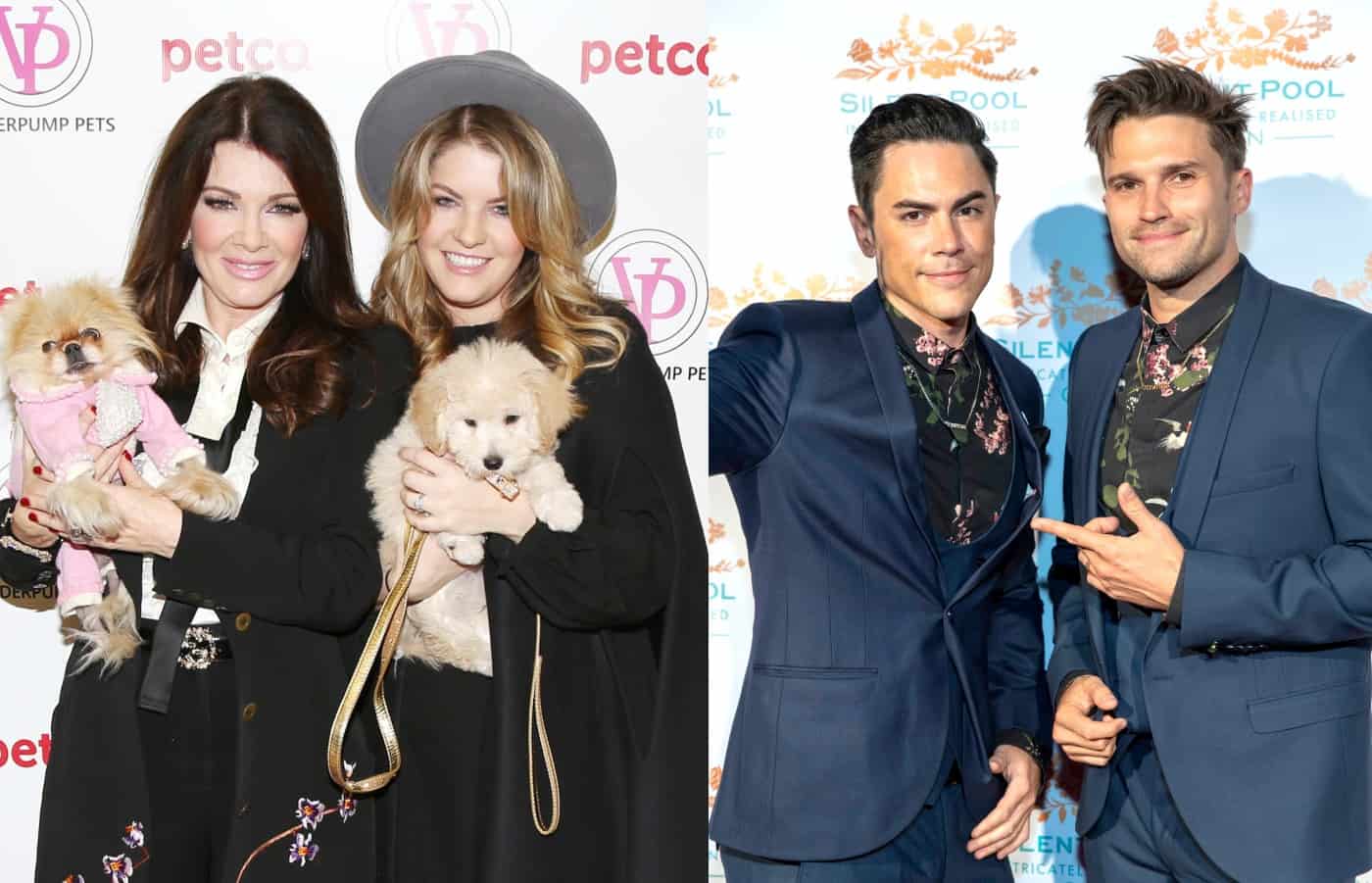 Lisa Vanderpump‘s daughter, Pandora Sabo, was accused of being unqualified to create a cocktail menu for TomTom by the men behind the West Hollywood hotspot, Tom Sandoval and Tom Schwartz, and during a new interview, the Vanderpump Rules star is speaking out about the issue.

Weeks after Sandoval and Schwartz were seen downplaying Pandora’s ability to help with their menu, Lisa spoke about her daughter’s bar experience and weighed in on her decision to defend herself against the Toms on Twitter.

“Pandora’s a very driven young lady, and she was valedictorian at school, and she’s virtually a sommelier herself,” Lisa revealed to The Daily Dish on January 7. “She’s done many kinds of exams. She owns a liquor company. She’s managed quite a few of our restaurants. So, yes, she knows an awful lot about it.”

“She’s been very involved with Beverly Hills Lifestyle [magazine]. She’s had her own blog that she does everything and a lot of that is food-based and about cocktails. So, yes, she does have a lot of experience,” Lisa continued.

During an episode of Vanderpump Rules earlier this season, Lisa and her husband, Ken Todd, were seen sitting down with the Toms to discuss the progress on their latest restaurant venture, TomTom. However, when they revealed their daughter had presented them with a detailed cocktail list, the boys were left confused.

“Why is Pandora, who has never worked a bartending shift in her life, overseeing this cocktail list?” Sandoval asked in a confessional.

Sandoval also pointed out as he left the meeting that he was unaware that Pandora was a mixologist.

Days later, Pandora defended herself against Sandoval’s claims about her never having bartended.

“Oh I haven’t bartended? That’s news to me,” Pandora wrote. “I’m also a Certified Specialist of Wine, & spirits own a liquor company, and have created cocktails for over 15 magazines. Also, I worked alongside one of the best mixologists in the US. But keep making excuses!”

Oh I haven’t bartended? That’s news to me. I’m also a Certified Specialist of Wine, & spirits own a liquor company, and have created cocktails for over 15 magazines. Also, I worked alongside one of the best mixologists in the US. But keep making excuses!

“The thing with Pandora is that she’s not an instigator, but she will always stand up for what’s right and defending herself. So if you kind of poke the bear, so to speak, she’s going to come out with all guns blazing. And she’s absolutely right; she’s probably got more experience than a lot of people that work for me,” Lisa noted.

As for why Sandoval was so offended by Pandora’s involvement with TomTom, Lisa said he likely felt she was “going to steal his thunder.”