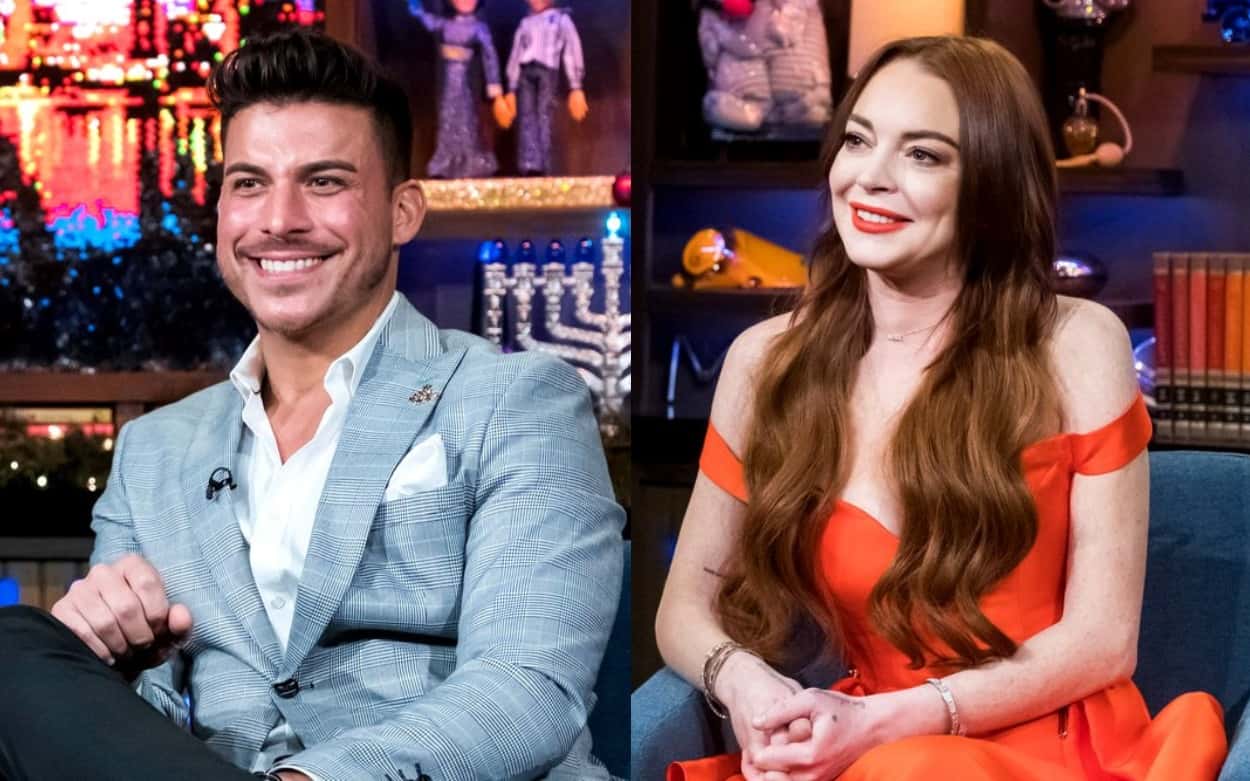 Jax Taylor is firing back at actress Lindsay Lohan after she denied his claims that they hooked up.

Following Lindsay’s appearance on Watch What Happens Live on Wednesday night, during which she told host Andy Cohen that she has “never met” the Vanderpump Rules star, Jax responded to her claims on Twitter.

“Not that I care, it was over 10 years ago and I am happily engaged… but she’s a liar,” he wrote in a now-deleted tweet on Thursday. “My two friends who have nothing to gain, were with me the whole night. That’s all I will say on this. So you are lying darlin’.”

Below is a screenshot of Jax’s now deleted tweet. 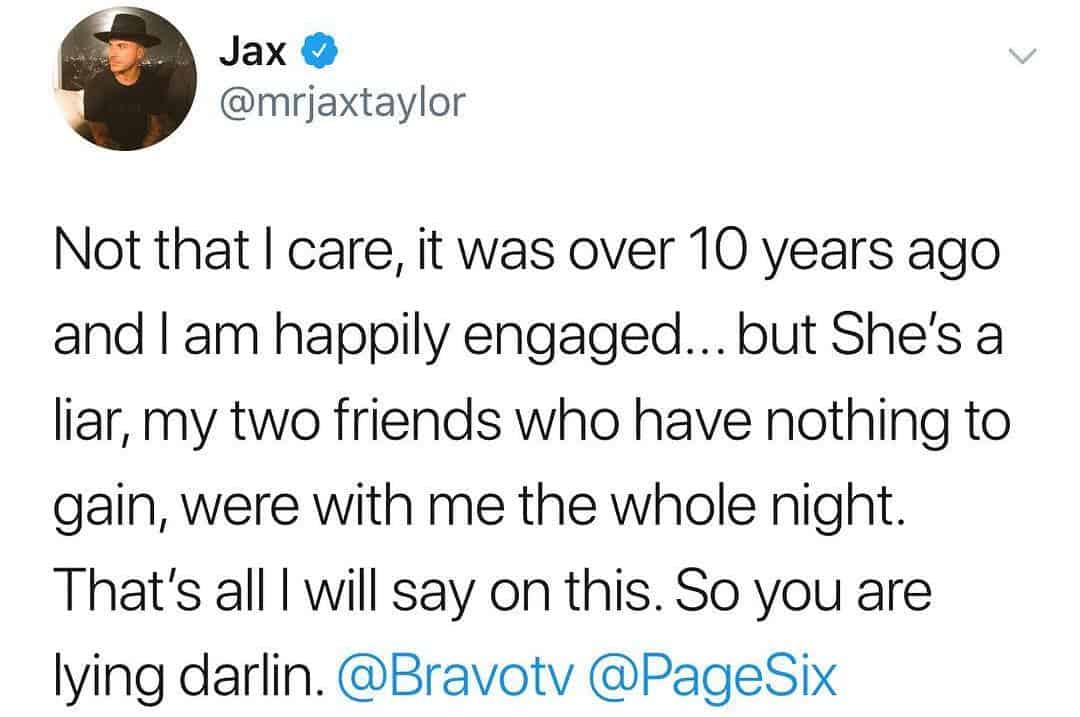 With his tweet, Jax also posted a screenshot of a text message conversation with one of his friends, which he claims backs up his story.

Although the message has since been removed from Jax’s page, Nal and Cal Reality Show‘s Instagram account was able to capture an image of Jax’s post and shared it with their fans and followers. 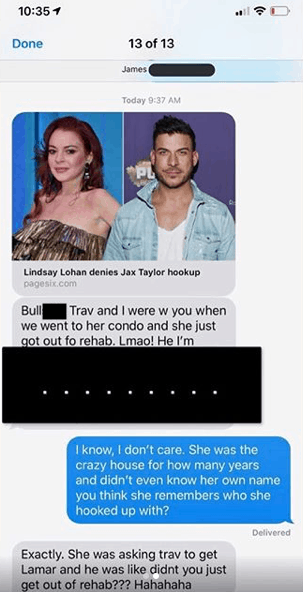 “Trav and I were [with] you when we went to her condo and she just got out for rehab. Lmao!” he wrote.

James also shared some other sentiments but for whatever reason, those comments were blocked out from Jax’s tweet.

“I know, I don’t care,” Jax said in response to James’ text. “She was the crazy house for how many years and didn’t even know her own name you think she remembers who she hooked up with?”

“Exactly,” James replied. “She was asking Trav to get Lamar and he was like didn’t you just get out of rehab??? Hahahahaha.”

During Wednesday’s Watch What Happens Live, Lisa Vanderpump asked Lindsay, via a recorded message, how she would describe Jax as a lover. In response, Lindsay denied having met the reality star.

“Maybe he met, like Annie or Hallie,” she suspected, giving a nod to her twin characters, Hallie Parker and Annie James, on The Parent Trap.

Jax had previously made claims of having hooked up with Lindsay on a 2015 episode of Watch What Happens Live.

“She was great. It was a long time ago,” Jax said. “She was just very affectionate.”