Vanderpump Rules Star Ariana Madix Claps Back at James Kennedy for Calling Her a ‘Follower,’ Find Out How James Responded! 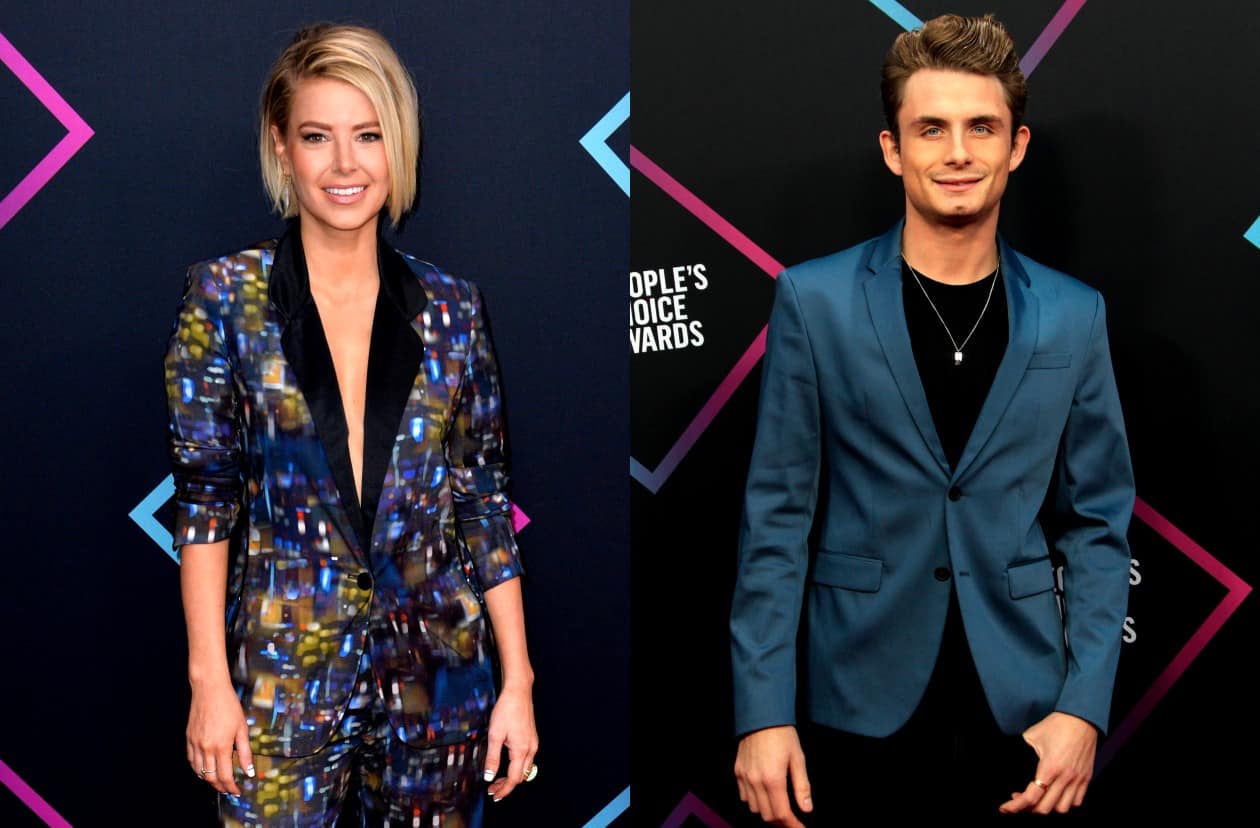 Ariana Madix took a stand against James Kennedy after he labeled her a “follower” during the latest episode of Vanderpump Rules.

If you recall, James lashed out at Ariana for dis-inviting him to her and Stassi Schroeder‘s birthday party after James body-shamed Katie Maloney. Following the show, Ariana took to Twitter, where she fired back at James for suggesting she only removed his name from the list because Stassi told her to.

“Quite a reach calling me a ‘follower’ [because] I want to enjoy my own birthday party! Sorry [James Kennedy], 2 hrs with you at the party isn’t worth fighting with everyone else all day and you know it! Can’t I just have fun pleaaaaaaasssssssse,” Ariana wrote on Twitter.

After Ariana’s post was shared, a fan responded to her message by accusing her of failing to stand up for what is right and changing from the person fans have seen in past seasons.

Right away, Ariana denied any such thing.

“I did it to suit myself. I don’t live my life to please others, including you,” she replied. 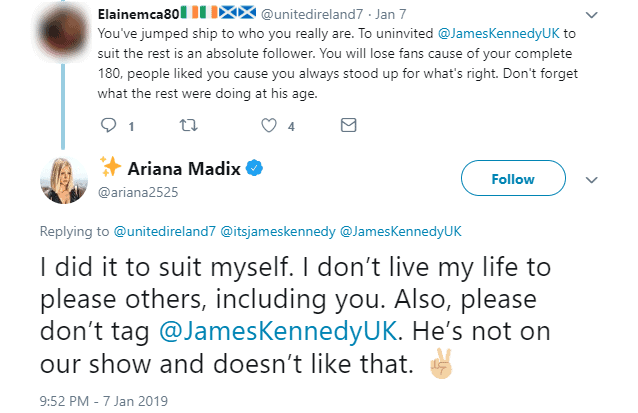 As for James, he also responded to Ariana’s post with a funny message that read, “CAN I JUST HAVE FUN PLEAS3?”

In response to James’s post, Ariana admitted it “made [her] giggle.”

In a second tweet, James said that while he initially wanted to be included in Ariana and Stassi’s joint birthday party, he ultimately decided the party wasn’t for him and accused Kristen Doute of being “obsessed” with his girlfriend, Raquel Leviss.

“This isn’t my kind of party anyway honestly – secondly can Kristen get her fingers out of Raquel’s drink?” he asked, along with the hashtag #Obsessed.

This isn’t my kind of party anyway honestly – secondly can Kristen get her fingers out of Raquel’s drink ? ????#obsesssed