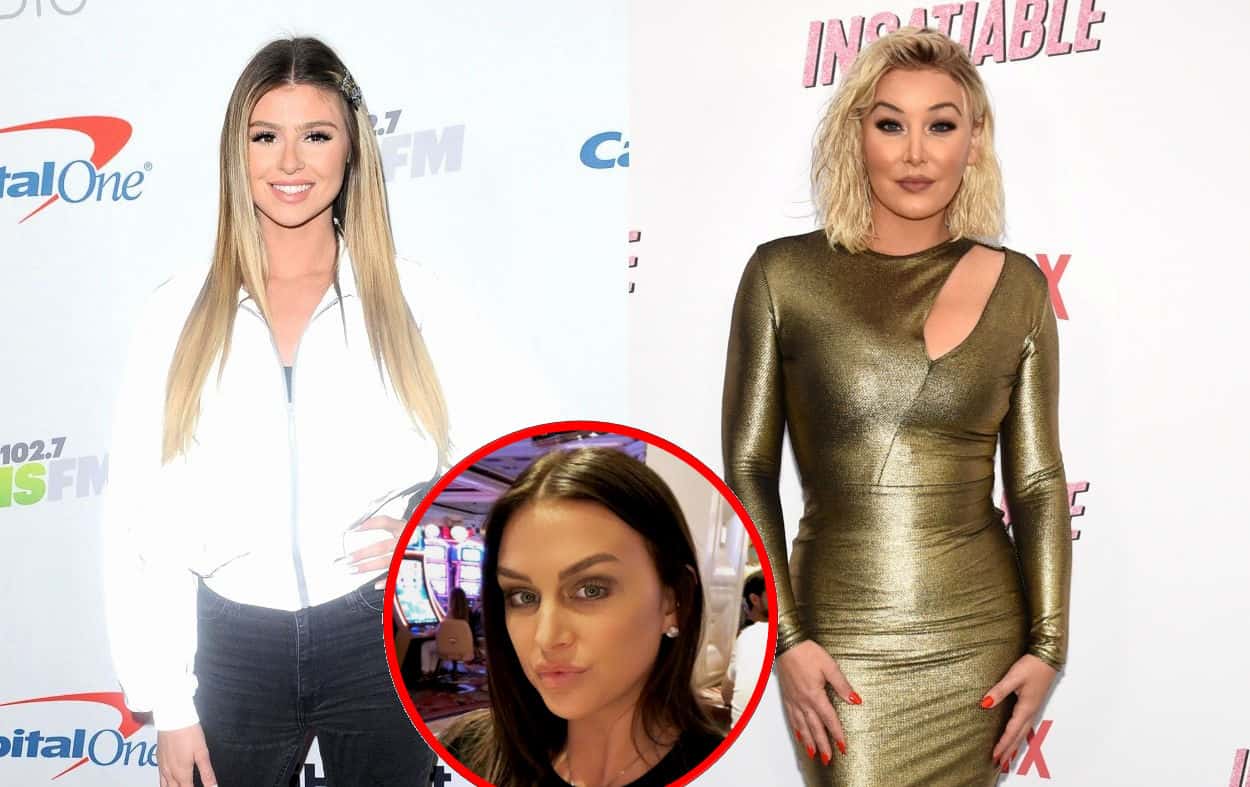 The cast of Vanderpump Rules appears to be completely divided.

Following Monday night’s episode of the show, which featured Katie Maloney and other cast members being accused of discriminatory behavior by the series’ transgender star, Billie Lee, Raquel Leviss spoke out about the comments Lala Kent made about Billie as Billie clarified her alleged comments regarding possible transphobia from her co-stars.

After reading Reality Blurb’s article in which it was revealed that Lala had labeled Billie “strange” and called Raquel “an embarrassment to women,” Raquel accused Lala of being a “mean girl.”

Meanwhile, in an interview with Entertainment Tonight, Billie opened up about the drama surrounding the Girls Night In event at SUR Restaurant, which she felt left out of by her co-stars.

“It’s shocking that we’re talking about this and using that word — and everyone kept using the word — including Lisa [Vanderpump],” Billie said in response to those who have labeled her co-stars “transphobic.”

Although Billie never labeled Katie or her other co-stars as transphobic, she reportedly “liked” a number of tweets from her fans and followers who did and accused Katie of being discriminatory.

“I never once said that. I had so many trans people reach out to me and say, ‘I deal with transphobia at the workplace all the time. I deal with this. Keep your head up,'” she explained.

According to Billie, she was upset that her co-stars attacked her before asking her how she felt about being left out of the cast event.

“Instead of one of them reaching out to me and saying, ‘I understand. Let’s just talk about this. What’s going on? I didn’t mean this. I didn’t mean to exclude you.’ Instead, they immediately became the victim,” Billie revealed. “They were bad-mouthing me and telling me, ‘How dare. I can’t believe you would think this of me.’ But not one person was like, ‘Let’s see what the trans person’s actually feeling.’ And it was just attacking and I just never got to talk about my feelings.”

“When yo coworkers don’t include the only trans girl in GIRLS night at your own job! On the night you work! ?? #rudeAF #TransIsBeautiful,” she tweeted.

Months after the event, Billie hopes people will learn to “think about how it is to be a minority in America” and apologized for bringing Katie’s weight into their feud.

“I do apologize about the fat card. I think Katie has an amazing body. I actually have body contouring surgery this season to have more of a curvy body,” she said. “I think she’s beautiful. I think she’s sexy. I just think that she should’ve been a little bit more aware of her surroundings and not so self-involved so she can include other people.”