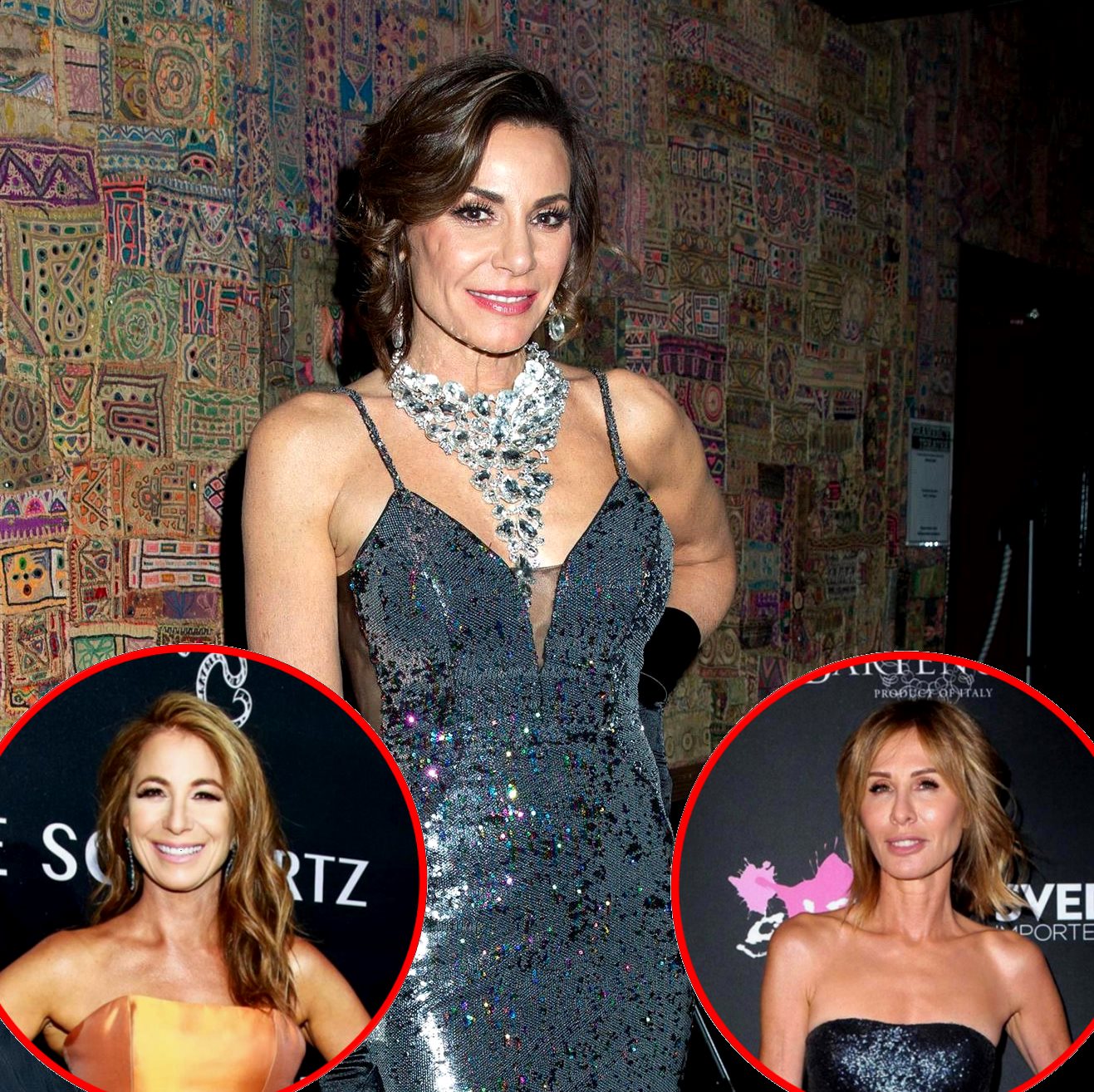 LuAnn de Lesseps is currently sober but not surprisingly, it wasn’t exactly an easy feat remaining that way throughout production on The Real Housewives of New York City‘s upcoming 11th season.

During LuAnn’s recent Valentine’s Day popup shop for fans, for her SuperJeweler line, the reality star spoke to Reality Blurb about the “rough” part of filming before speaking of Jill Zarin‘s return, the overwhelming success of her cabaret show, and her current relationship with Carole Radziwill.

First, Luann opened up about her sobriety, admitting it was difficult maintaining it during filming.

“It was rough because there’s a lot of partying going on, a lot drinking going on but you know what? It’s okay,” LuAnn told us at the event. “I’ve learned to deal with it and I’m okay with it and I’m comfortable. It takes… day by day. But it wasn’t easy let’s put it that way.”

In addition to LuAnn’s friend, Barbara Kavovit, joining the RHONY as a “friend” for season 11, fans will be seeing former housewife Jill return to the show in a “friend” role.

“It was great to have [Jill] back,” LuAnn revealed. “I see Jill a lot. I have a show in Florida next week at the Filmore in Miami. So I’ll see her when I go down. We are pretty tight still so it was nice to have her back.”

As she prepares to head to Florida for her current #CountessAndFriends tour, LuAnn said that when she first began planning for a show, she didn’t know exactly what it would look like.

“I just knew that I wanted to do a form of cabaret,” she explained. “I wasn’t quite sure what it was and then we started writing it at the beginning of the season. I met the director who I gelled really well with and together we wrote the show.”

Shortly after the show’s creation, LuAnn was flooded with success and ultimately decided to take the show on the road.

“I never dreamed it would be this successful or kind of fill a gap in cabaret that was kind of missing. I’m excited about that because it really came about organically and was something from my heart,” she revealed. “I love to sing, I love to tell jokes and I love to host parties.”

“For me, [cabaret] is the perfect fit,” LuAnn added.

When we asked if she remained in touch with Carole after her exit from The Real Housewives of New York City last July, LuAnn told us, “Not really.”

As for Carole’s recent diss against the cast, in which Carole advised one of her followers on Instagram to watch the 11th season of the show “with the sound off,” LuAnn hadn’t yet heard what her former co-star had said.

“She’d watch the show without the sound on? I missed that!” she admitted.