Home Don't Be Tardy Don’t Be Tardy’s Kim Zolciak Explains Moment Kroy Biermann Walked in on Brielle Hooking Up with Boyfriend, Plus Did Brielle Break Up with Slade?

Don’t Be Tardy’s Kim Zolciak Explains Moment Kroy Biermann Walked in on Brielle Hooking Up with Boyfriend, Plus Did Brielle Break Up with Slade? 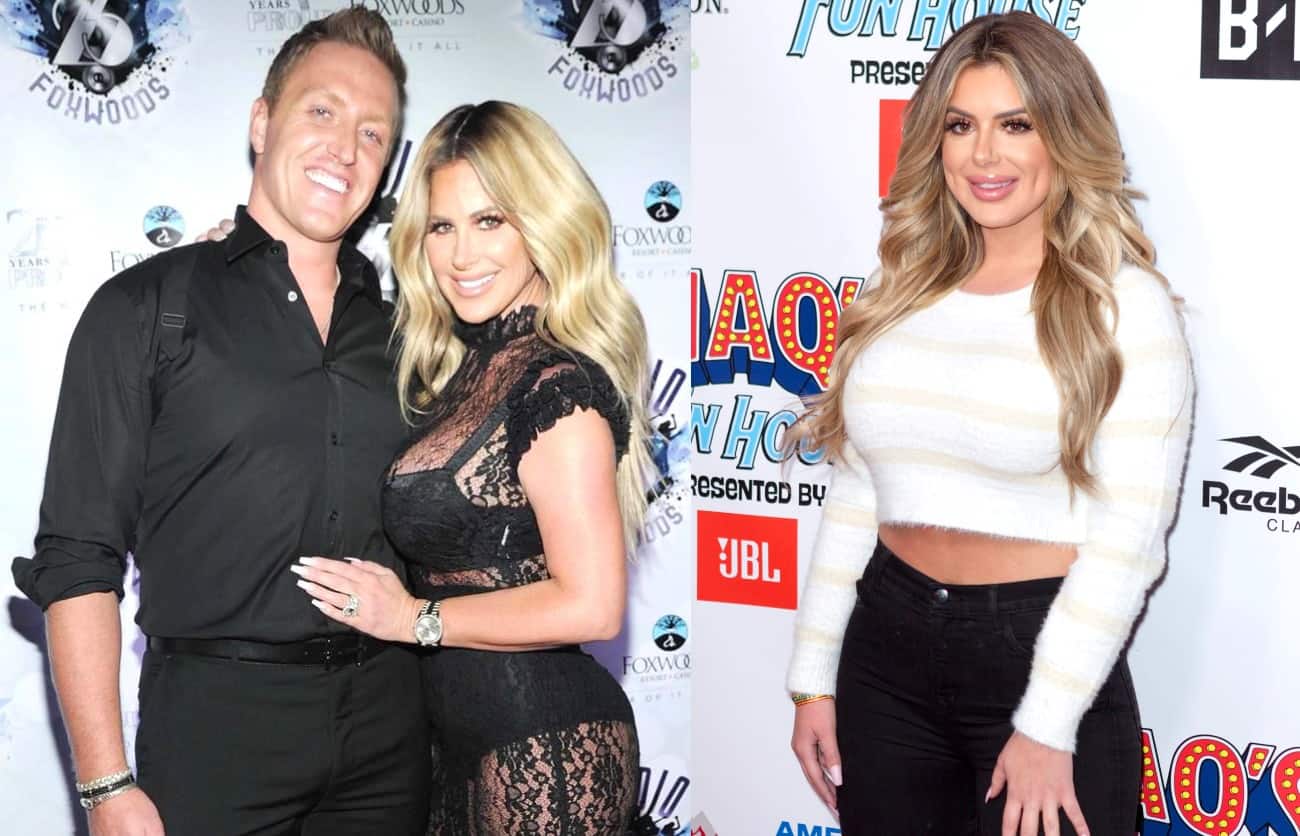 Kim Zolciak is speaking out about the awkward encounter her husband, Kroy Biermann, had with their 21-year-old daughter, Brielle Biermann.

While Brielle appeared to be completely mortified after revealing on the Don’t Be Tardy season seven premiere that her father had walked in on her with one of her former boyfriends, Kim didn’t seem too fazed by the news.

“Brielle’s an adult,” Kim told TooFab of the incident. “[Kroy] was unaware that she was around, so it was a sheer accident. It was a very lighthearted situation that happened; although, he will kind of bust her chops here and there about it.”

While Kim and Kroy have brushed off the incident, Brielle was still a bit uncomfortable about what had happened when she spoke to the outlet.

“Yes, he did walk in on me once. Yes, yes,” Brielle continued. “His rule was like, ‘I don’t give a f**k what you do, just not in my house.’ But he was so strict in high school! Even after I turned 18, I couldn’t do anything. I had a curfew at like 6 p.m. on school nights. I get out of school at 4, which means I can go to Chick-fil-A and come home.”

“I had a boyfriend, and he — I don’t know. We were stupid. We were being stupid,” Brielle added.

Although it seems likely that Michael Kopech, who Brielle dated up until spring of last year, was the person Brielle was dating at the time, she wouldn’t reveal who it was.

In other Brielle news, she is single once again.

During an interview with Page Six, Brielle revealed she has broken up yet again with Slade Osborne.

“Um, I’m single. So, there’s that … We definitely tried it out [again],” said Brielle about Slade, “and you’ll see how that plays out on ‘Don’t Be Tardy’…”

This news comes months after Brielle and Slade were photographed together during a romantic vacation in Miami last October.