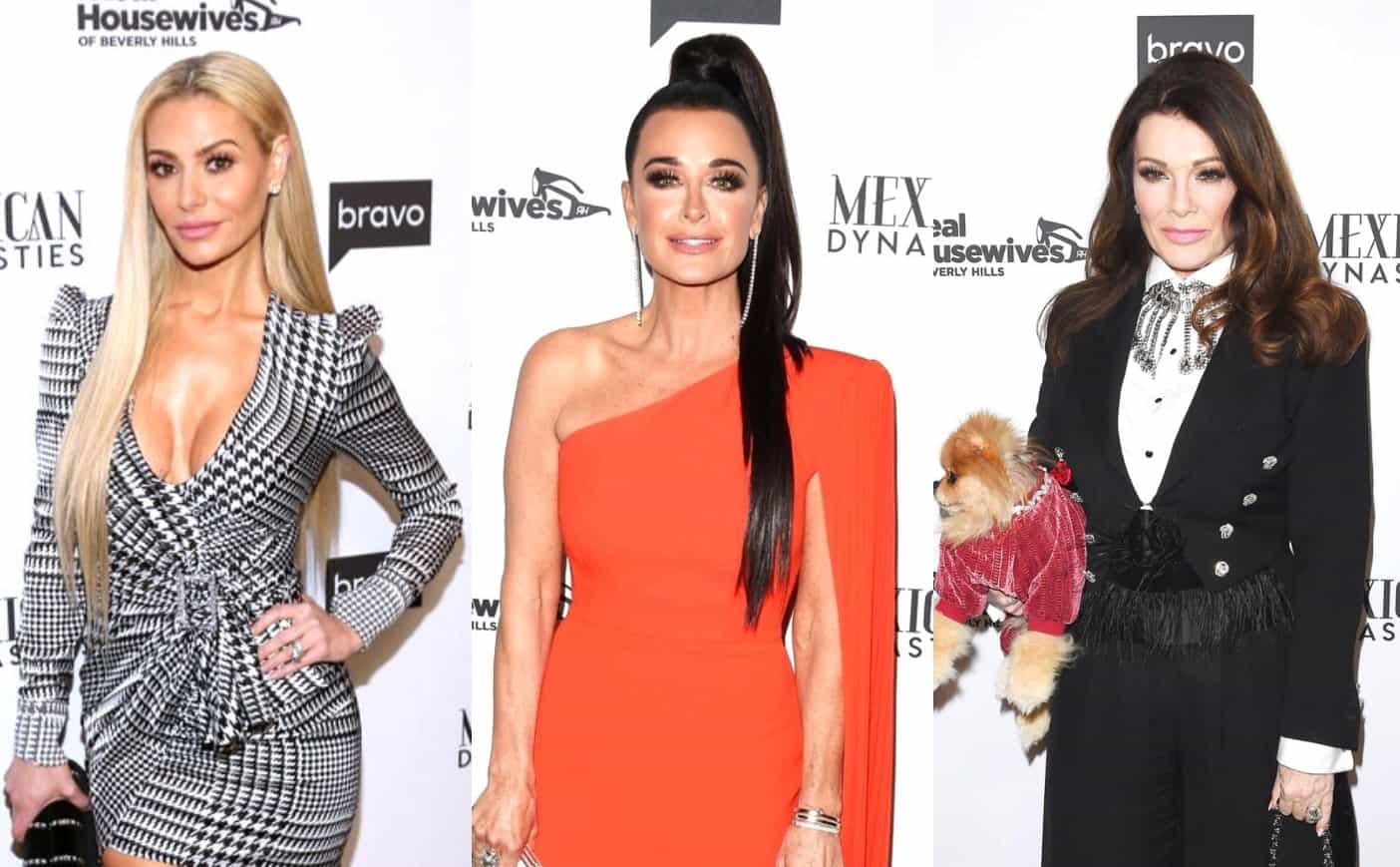 The Real Housewives of Beverly Hills star Kyle Richards has hinted that part of the reason for her ongoing feud with Lisa Vanderpump was because she felt the need to defend Dorit Kemsley over the adopted dog fiasco. However, Dorit appears to be a bit skeptical of Kyle’s true intentions following the latest episode of the show.

In her latest Bravo blog, Dorit slams Kyle as a “mean girl” and accuses Lisa of betraying her by not preventing her Vanderpump Dogs employees from talking about her decision to give away a dog she adopted, which led to the dog ending up in a shelter.

First, Dorit calls out Kyle as she accuses Kyle of continuing to bring up the dog issue even after Lisa kept telling her to drop it.

“After watching this week’s episode, what I believed was a lighthearted, harmless night was in fact the opposite as the girls were having side conversations behind my back. Since Kyle spoke with Teddi about the Lucy situation in their room ahead of drinks and then continued the conversation with Lisa V and Lisa R, it seems like she was the only one who didn’t want the story to die down,” said Dorit.

She continued, “Watching it back felt like two mean girls gossiping about me under my nose. I’m perplexed as to why Kyle asked Lisa V if she was still mad at me when Lisa V had done nothing but assure me that she wasn’t. Was Kyle digging for more or simply trying to keep the story’s ﬂame ablaze? Yet, what hurt the most was how Kyle made light of the situation with an insensitive joke about me being allergic to dogs. Watching them talk behind my back and then act normal to my face felt catty and hurtful.”

Dorit then turned her ire back on Lisa, as she wondered why Lisa, who claimed she wanted to protect her, didn’t prevent the workers at Vanderpump Dogs, John Blizzard and John Sessa, from bringing out the dog, Lucy, during Teddi Mellencamp and Kyle’s visit.

“Hearing Lisa V say that John Blizzard should’ve never mentioned anything, despite him still being employed, means he went against her wishes. But did he really go against her wishes considering he’s still employed?” Dorit asked.

“What about John Sessa, Lisa’s faithful employee, who pranced Lucy out for Kyle and Teddi (and the world) to see? Did he go against Lisa’s wishes in front of her at her center? Why did he look so surprised when Lisa V told him not to talk about it at the center?” she continued.

In an interview from this week, Sessa did push back against the argument that Lisa should have kept him in check, saying he is not Lisa’s employee but rather her partner when it comes to Vanderpump Dogs.

But back to Dorit as she once again denies Lucy ended up in a kill-shelter, contradicting Lisa and Sessa, who have both stated the Chihuahua was dropped off at a kill-shelter by the woman Dorit gave the dog to.

“When Lisa V tells me “she doesn’t believe for one second that I’m guilty” and follows it with, “however, it all went wrong,” she is wrongly insinuating that Lucy was in danger. For the record, Lucy never ended up in a kill shelter,” Dorit noted, adding that the dog was never “in harm’s way” or “in danger of being killed.”

Dorit goes on to accuse Lisa of betraying her, and using Kyle and Teddi as pawns to expose the dog story.

“The thought that Lisa V, a friend I truly trusted and valued, could’ve done this to me and the idea that the world would think, even for one second, that I would do wrong to any animal, hurt me to the core and brought me to tears,” she wrote. “Judging by what Kyle and Teddi are saying, Lisa V may have counted on Kyle and Teddi (with whom I’ve had diﬀerences with in the past) to carry out her plan of either punishing me or simply trying to make me look bad. But I guess that remains to be seen.”

In conclusion, Dorit reveals she regrets not simply taking the dog back to Lisa… while still putting most of the blame on Lisa.

“Why didn’t [Lisa] tell me that she wanted me to bring Lucy back to the center and that it was a violation to re-home a dog when I spoke to her? I would have happily brought Lucy back to Lisa if that was her wish,” she explained. “In hindsight, knowing what I know now, I wish I had just given Lucy back to Lisa V to begin with and not try to do what I thought was right for Lucy.”

On the show, Dorit admitted she didn’t inform Lisa about the situation until after she had already given the puppy to her friend.