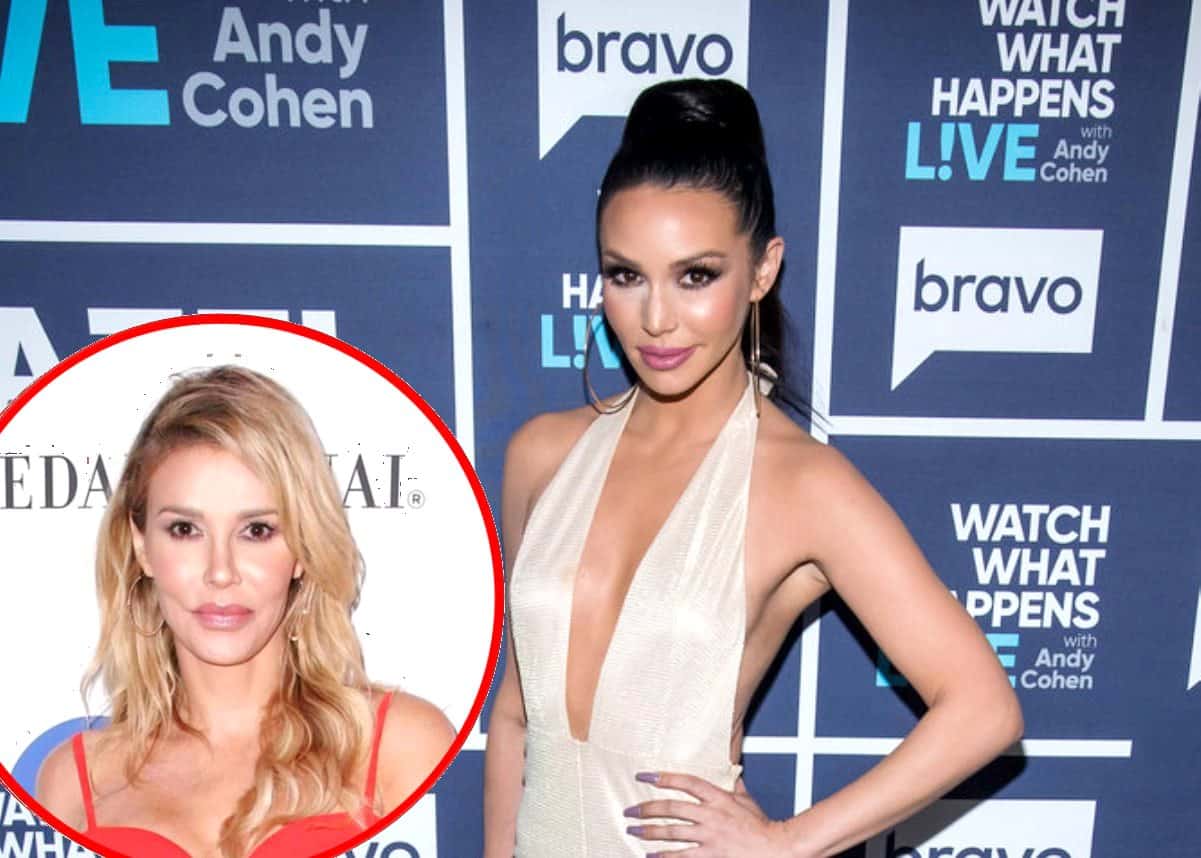 Scheana Marie would love to see her former nemesis, Brandi Glanville, return to The Real Housewives of Beverly Hills in a full-time role for season 10.

During a new interview, the Vanderpump Rules cast member confirmed she and Brandi have moved on from their years-long feud and are now on great terms with one another.

“Whether she’s getting along with the girls or not, she’s reality TV gold, she’s born for this,” Scheana told the Daily Mail Australia on March 4. “I would love to see her back on the show. As far as an entertaining television show goes, Brandi needs to be back on.”

Although Scheana is looking forward to Brandi’s upcoming guest appearance on The Real Housewives of Beverly Hills‘ currently airing season, she did say she did not want to see Brandi feuding with her friend, co-star, and SUR Restaurant boss, Lisa Vanderpump.

“I don’t ever want to see anyone give Lisa a hard time,” she said. “She is one of the most amazing women in my life and I have nothing but love and respect for her.”

As fans will recall, Scheana and Brandi feuded for years after it was revealed that Scheana was one of the women Brandi’s former husband, Eddie Cibrian, was sleeping with during their nine-year marriage. The other woman was LeAnn Rimes, who he later married.

While Scheana claimed she didn’t know Eddie was married at the time of her affair, she was still deemed a “mistress” and during a crossover episode between The Real Housewives of Beverly Hills and Vanderpump Rules in 2013, Brandi confronted Scheana about the relationship.

“I was the mother of his children, I was his wife, I was his everything – you were the other woman,” Brandi cried.

In the years that followed the encounter, Scheana and Brandi remained at odds. Then, in 2017, they settled their issues with one another and were seen hanging out on a number of occasions in Los Angeles.