Home Real Housewives of Beverly Hills News Kyle Richards Claps Back at Fan Who Accuses Her of Being Jealous of Lisa Vanderpump as Lisa Rinna Addresses Claims of Bitterness Over Spinoff, Plus RHOBH Live Viewing Thread!

Kyle Richards Claps Back at Fan Who Accuses Her of Being Jealous of Lisa Vanderpump as Lisa Rinna Addresses Claims of Bitterness Over Spinoff, Plus RHOBH Live Viewing Thread! 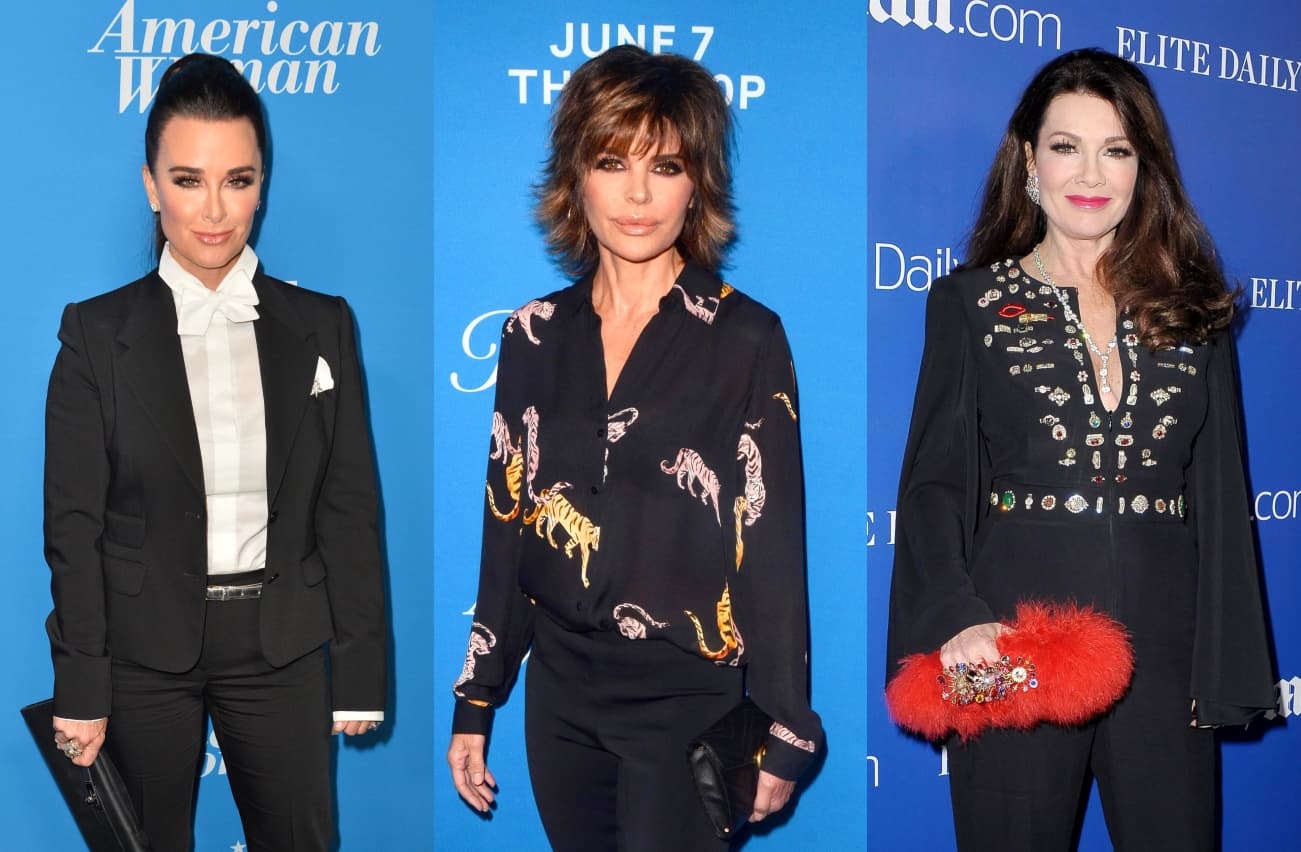 Does Lisa Vanderpump‘s feud with her Real Housewives of Beverly Hills stem from jealousy?

Over the past few days, a couple of Vanderpump’s co-stars, including Kyle Richards and Lisa Rinna, have been accused of being jealous of Vanderpump and her ongoing television success. However, according to a series of new tweets, it looks like Kyle and Lisa don’t want anyone to think they’re green with envy.

“You’re such a fake!!! Girl you will never take Lisa V’s spot!!! You’re jealous because Andy like her more than you!!” a fan tweeted to Kyle last week.

Although many believe Vanderpump is the “OG” of the RHOBH, Kyle has been on the show just as long and is also an original cast member of the series.

Kyle’s co-star Erika Jayne did however declare Kyle the new “Queen” of the show earlier this month when she tweeted: “All hail the TRUE Queen of #RHOBH @KyleRichards.”

As for Lisa, she faced rumors claiming she was bitter about Vanderpump’s new Vanderpump Dogs project because she allegedly wanted to land her own spinoff series with husband Harry Hamlin before seemingly addressing the report with a couple of her own tweets.

“When we had our show Harry Loves Lisa. We did 8 episodes and that was plenty!” Lisa wrote days ago, along with a promo photo from the 2010 TV Land series.

“At the time we had the stores and the recession had hit and we were broke, Honey. That show saved us at the time,” she continued.

Although Lisa didn’t directly address the rumors of jealousy, her Twitter posts seem to suggest that she is not at all interested in starring in her own series, as a past report suggested.

RHOBH Live Viewing – This is also the live viewing thread, so feel free to comment and chat below as the episode airs!  A preview clip is below.

The RHOBH airs Tuesdays at 9 p.m. on Bravo TV.