Home Real Housewives of Beverly Hills News Is RHOBH’s Lisa Rinna ‘Bitter’ over Lisa Vanderpump’s New Show Because She Wants a Spinoff with Harry? Plus Find Out If Dorit is Open to Reconciling with Vanderpump

Is RHOBH’s Lisa Rinna ‘Bitter’ over Lisa Vanderpump’s New Show Because She Wants a Spinoff with Harry? Plus Find Out If Dorit is Open to Reconciling with Vanderpump 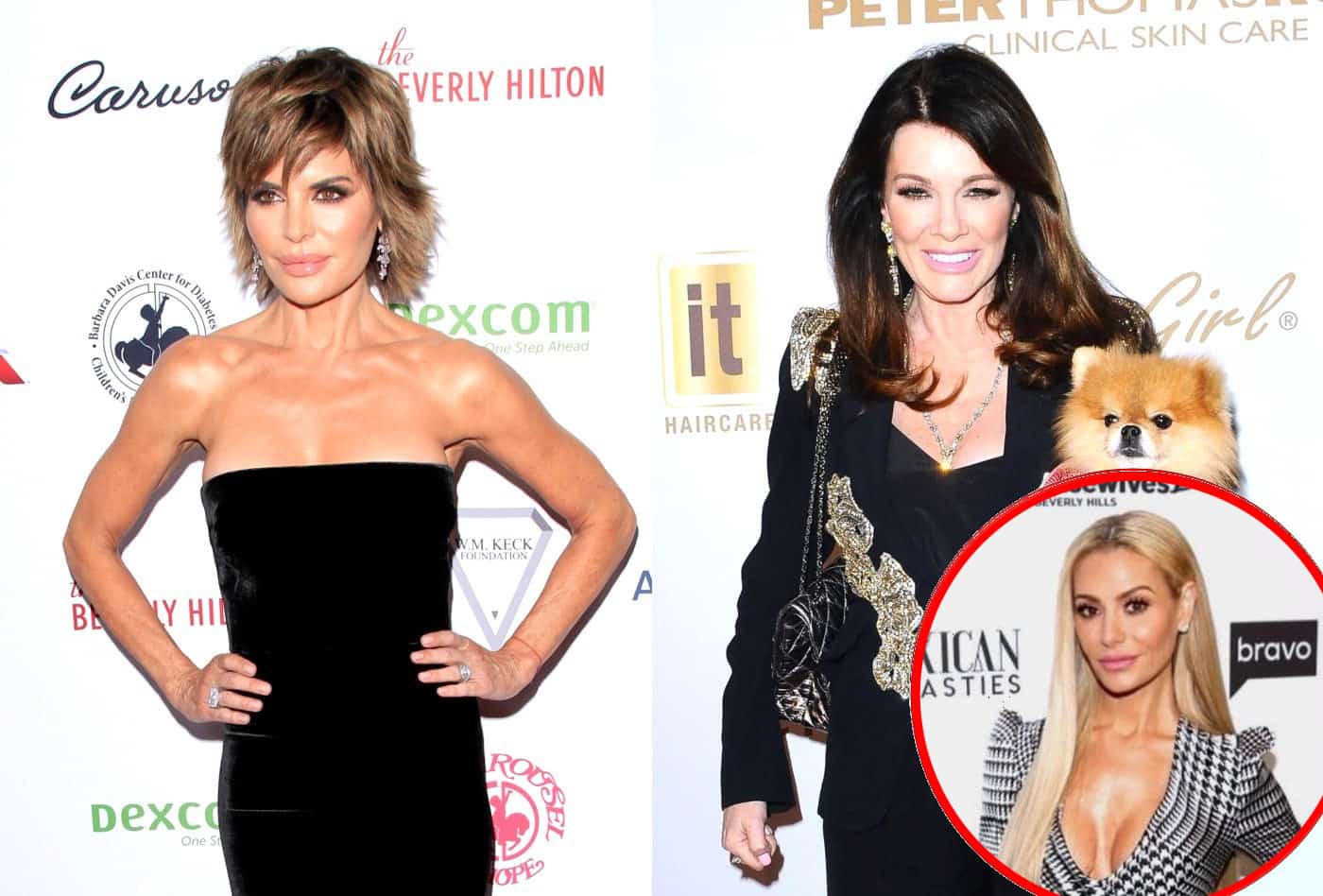 Could Lisa Rinna‘s ongoing feud with Lisa Vanderpump stem from jealousy and bitterness?

As Vanderpump remains on the outs with her Real Housewives of Beverly Hills co-stars, a source claims Lisa is upset about Vanderpump’s new project, which was seemingly launched by the drama she is accused of causing over Dorit Kemsley and her former dog.

“Friends of Lisa say she’s just bitter about Vanderpump’s fame,” a source revealed to Life & Style. “She would love a spinoff with her husband Harry [Hamlin] and her wannabe supermodel daughters, but this isn’t the way to go about it.”

While a rep for Lisa said the report was “a hilarious accusation” and “couldn’t be further from the truth,” the insider continued on, claiming Lisa is now clinging to Denise Richards in an effort to stay relevant.

Earlier this month, after it was revealed that Vanderpump was working on a new project based out of Vanderpump Dogs, where Dorit adopted her pup Lucy, Lisa publicly threatened Vanderpump with legal action and suggested she and her co-stars should be given a cut of her profit because they helped set up the new show.

“Lisa looks desperate and her antics to stir up more sh*t fell flat, it definitely didn’t work in her favor,” the source explained. “Andy’s definitely not happy with her.”

“It was over the top and not something anyone should say — threatening legal action is a huge red flag for her employer,” the insider continued. “Lisa Rinna is known for stirring the pot on the Real Housewives of Beverly Hills, but it looks like it may backfire.”

In other RHOBH news, Dorit recently opened up about her thoughts on possibly reconciling with Vanderpump following Puppy Gate.

“You know, I’m an easy, easy girl to repair things with,” she explained to Entertainment Tonight. “It just takes an apology or a conversation that’s true and honest and real, and two people that want to. You know? And I’m always up for trying to repair something, always.”

That said, Dorit made it clear that she wasn’t going to make the first move.

“I’m not exactly calling her to do it,” she added. “But you have to also to tune in and see the season because there’s a lot that happened.”