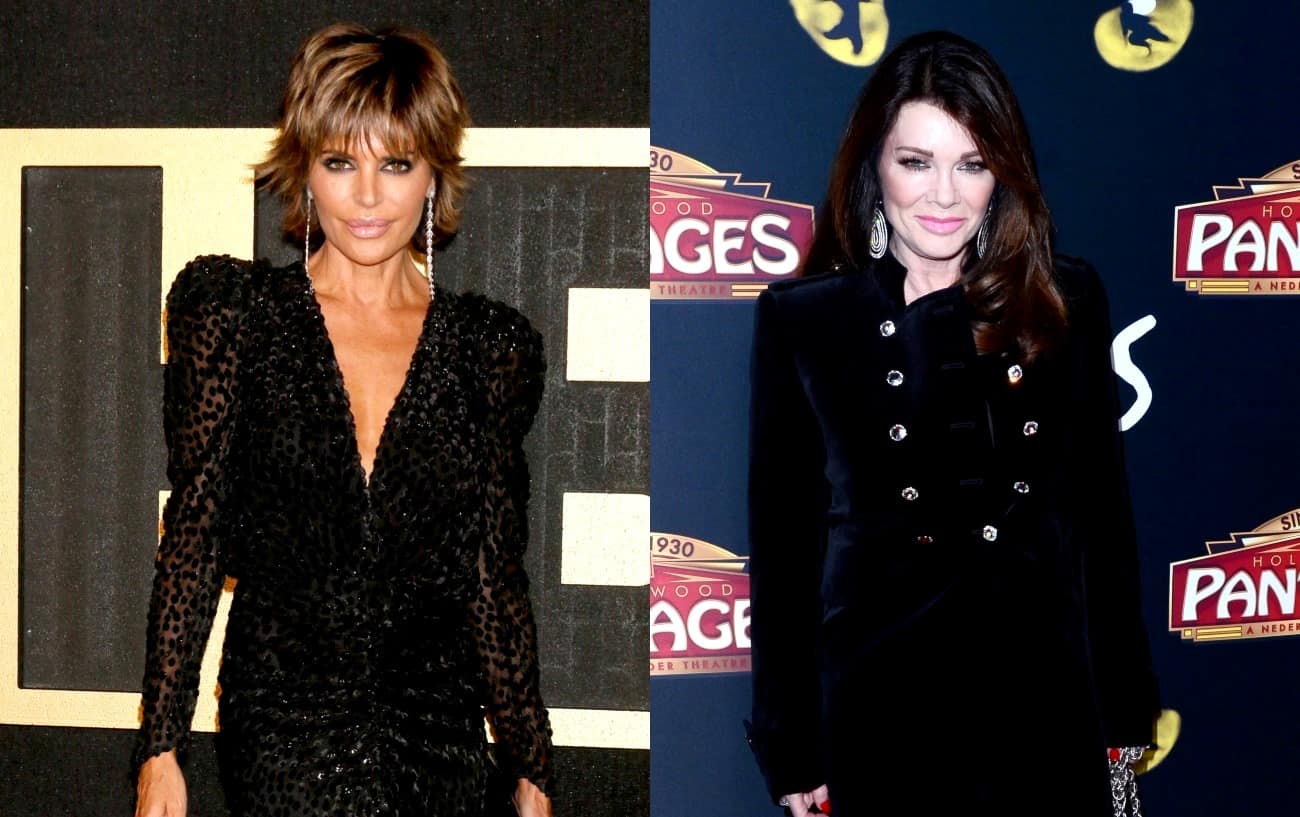 With each passing day, the Real Housewives of Beverly Hills feud involving Lisa Vanderpump and her castmates continues to take a turn for the uglier, and Lisa Rinna is now threatening to take legal action over a possible Vanderpump Dogs spinoff show.

Despite the latest episode, in which Teddi Mellencamp showed text messages she felt vindicated her while implicating Lisa regarding Puppy Gate, the show’s fans are still mostly Team Lisa, as the rest of the cast continues to receive backlash for how they treated her on the show.

And now, Rinna appears to be lashing out, as she is confirming earlier reports which stated the cast was upset over the news of Lisa getting a pilot for a possible spinoff show about her dog rescue center, Vanderpump Dogs.

In a note posted to her Instagram Stories on March 7, Rinna makes it clear that she feels the entire situation, which started when a dog adopted by Dorit Kemsley ended up at a kill shelter after the woman Dorit gave it to reportedly took it there, was fueled by Lisa to help launch her new show.

“I’m a hustler. I make no bones about that. I think you get paid for what you do. So my feeling is if we indeed are servicing a spin off we should be paid for it,” Rinna began.

She continued, “I am so happy for all of us to use this platform for make up lines, bathing suit lines, network tv shows, restaurants, charitiea [sic] clothing lines fitness empires you name it. I support these women 100 percent. But if you are going to use our services without telling us that we are playing out a storyline to launch a pilot for a new show and you don’t compensate us extra for that. Yeah I’m a hustler I get paid for what I do.”

She then threatened legal action against Lisa. 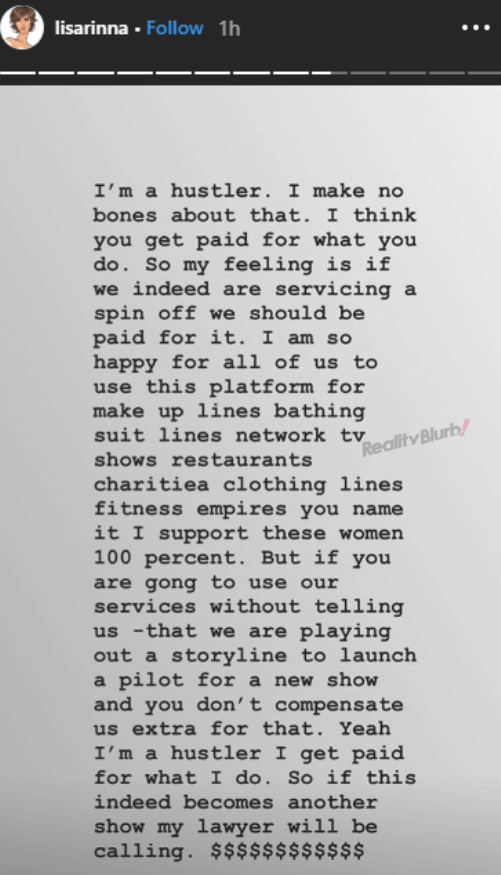 It’s unclear if Rinna is threatening just Lisa, or if her threat also includes the RHOBH production company, Evolution Media, and the Bravo network as well.

In a report by Page Six last week, sources revealed the cast was “extremely unhappy” over the spinoff news and reportedly held a meeting to discuss it. The ladies also suspected the producers were in cahoots with Lisa to push the Puppy Gate storyline in order to launch her new show.

There is a bit of a flaw with this theory however as after the first episode, following Lisa’s meeting with both Dorit and Paul ‘PK’ Kemsley, it appears Lisa dropped the issue, but it kept being brought up by other people on the cast… including Rinna and Kyle Richards. Rinna’s theory only works if the producers were, behind the scenes, encouraging the ladies to keep bringing up Puppy Gate on camera.

Lisa has yet to respond to Rinna’s statement. The RHOBH airs Tuesday nights at 9/8c on Bravo TV.

TELL US – HAS THIS FEUD GOTTEN OUT OF HAND? DO YOU BELIEVE LISA PUSHED THIS STORYLINE TO LAUNCH HER SPINOFF?