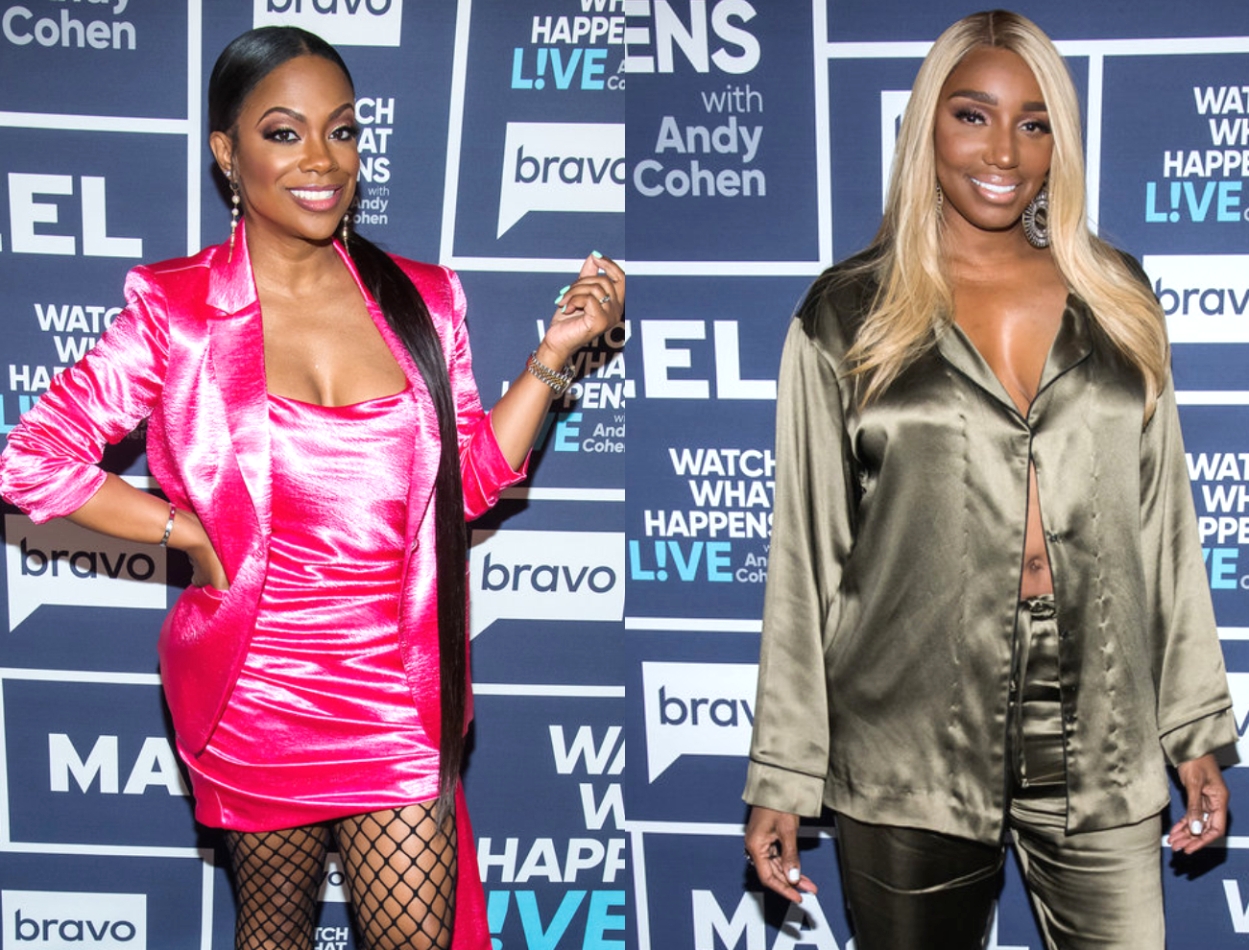 NeNe Leakes came to blows with Kandi Burruss and Porsha Williams during an episode of The Real Housewives of Atlanta earlier this month but according to Kandi, there’s much more behind NeNe’s current feud with the cast.

During a new interview, Kandi spoke about NeNe’s post-reunion behavior, which has included unfollowing her co-stars and going on a rant against them on Instagram.

“Basically, I guess [NeNe’s] just been online posting like crazy about us, which I find funny ’cause she’s always saying how busy she is, but she has so much time to post about us,” Kandi, who hasn’t spoken to NeNe since the reunion taping, told Hollywood Life on March 21.

According to the report, NeNe is believed to be “angry” at Kandi and Cynthia Bailey for bringing their former co-star, Kenya Moore, to Cynthia’s finale party, which will air later this month.

“Cynthia had a party. She wanted Kenya there. I made sure Kenya came. But Cynthia didn’t give Nene a heads up, so Nene is taking it like an attack against her, when at the end of the day, it wasn’t even about her. It was just really about the fact that Cynthia wanted Kenya to be there. And I wanted Kenya to be there, and not only just because I felt like she could be there for her friend. But also I felt like it was good that the fans get to see Kenya be happy and pregnant,” Kandi explained.

“It was not about [NeNe]. It was just about, I felt like Kenya should be there. I don’t understand why she’s trying to make it an attack against her,” Kandi continued. “It’s not like we want Kenya there and [NeNe] not to be there. We want both of them to be there, if it worked that way. You know what I mean?”

Kandi went on to say that there was never really a huge falling out between NeNe and Kenya. That said, NeNe did seemingly take aim at Kenya last November after she implied Kenya was ‘thirsty‘ for posting a photo of her new baby on a Sunday, before a new episode of RHOA was set to air.

As for NeNe’s decision to unfollow her co-stars after the reunion, Kandi insinuated NeNe did that because the cast took Cynthia’s side during the reunion regarding whether or not she should have invited Kenya.

With that said, Kandi could “care less” about the social media drama.

“Honestly, I don’t even see this as being a big deal. I mean, maybe it’s a bigger deal to her than it is to me, I guess. But yeah, we can get over anything that we’ve already gotten over in the past. This is nothing,” Kandi explained.