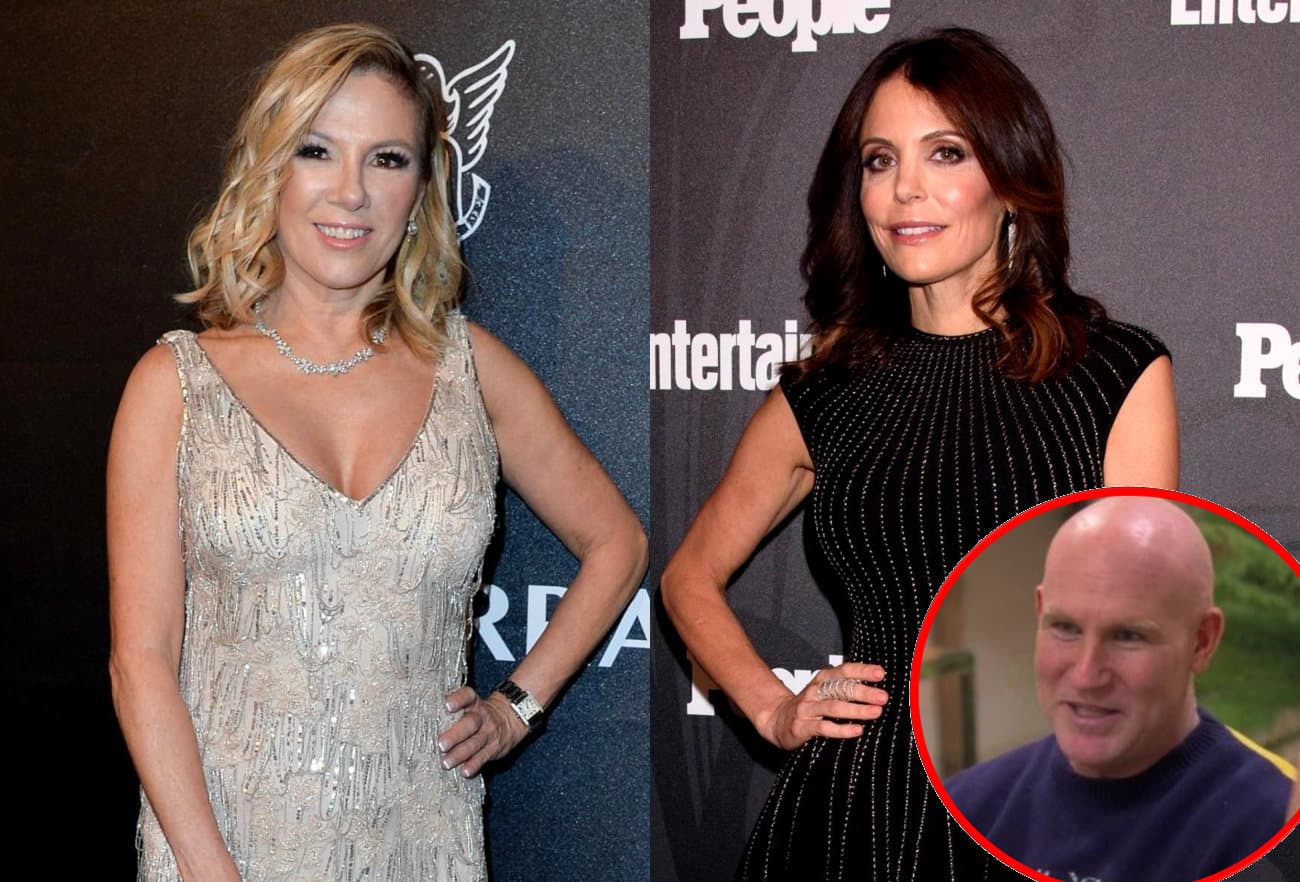 Ahead of the new episode of the Real Housewives of New York City on Wednesday night, Ramona Singer took to her Instagram page to issue an apology to her co-star Bethenny Frankel.

As most viewers are aware, the latest season of RHONY started filming shortly after Bethenny’s ex-boyfriend, Dennis Shields, passed away from a suspected, and accidental, drug overdose from prescription pills.

During last night’s episode, Ramona could be heard badmouthing Dennis, by telling her castmates: “How smart can Dennis be? I mean, he was on drugs.”

Well, Ramona, 62, is now expressing deep regret for her comments.

“I cringed when I saw what I said about Dennis in tonight’s episode. It definitely wasn’t one of my finer moments,” wrote Ramona on her Instagram Stories. “I respected and liked him very much and I sincerely apologize to his family and Bethenny for my thoughtless comments.” 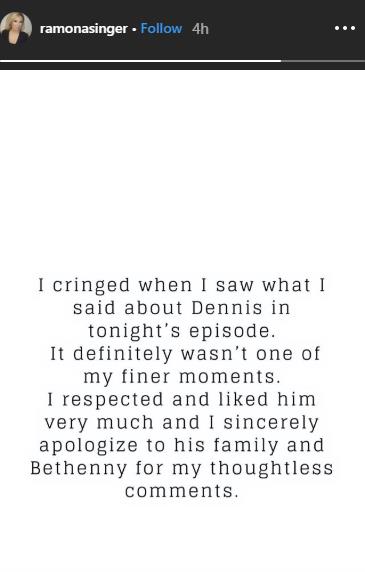 Dennis was found dead last August at his Trump Tower apartment in New York, at the age of 51.  His death was reportedly caused by a lethal mix of sleeping pills, Vicodin, and oxycodone, which was prescribed following a back injury. No autopsy was ever performed on him due to a “religious objection” by his loved ones.

Dennis’s estranged wife, Jill Shields, who shares four kids with him, announced her plans to start the Dennis Shields Foundation, which is geared at helping families dealing with opiate addictions.