RHOA Star Cynthia Bailey Tells Nene Leakes to “Get Over It!” Addresses Nene’s Claims of Betrayal Over Kenya Moore 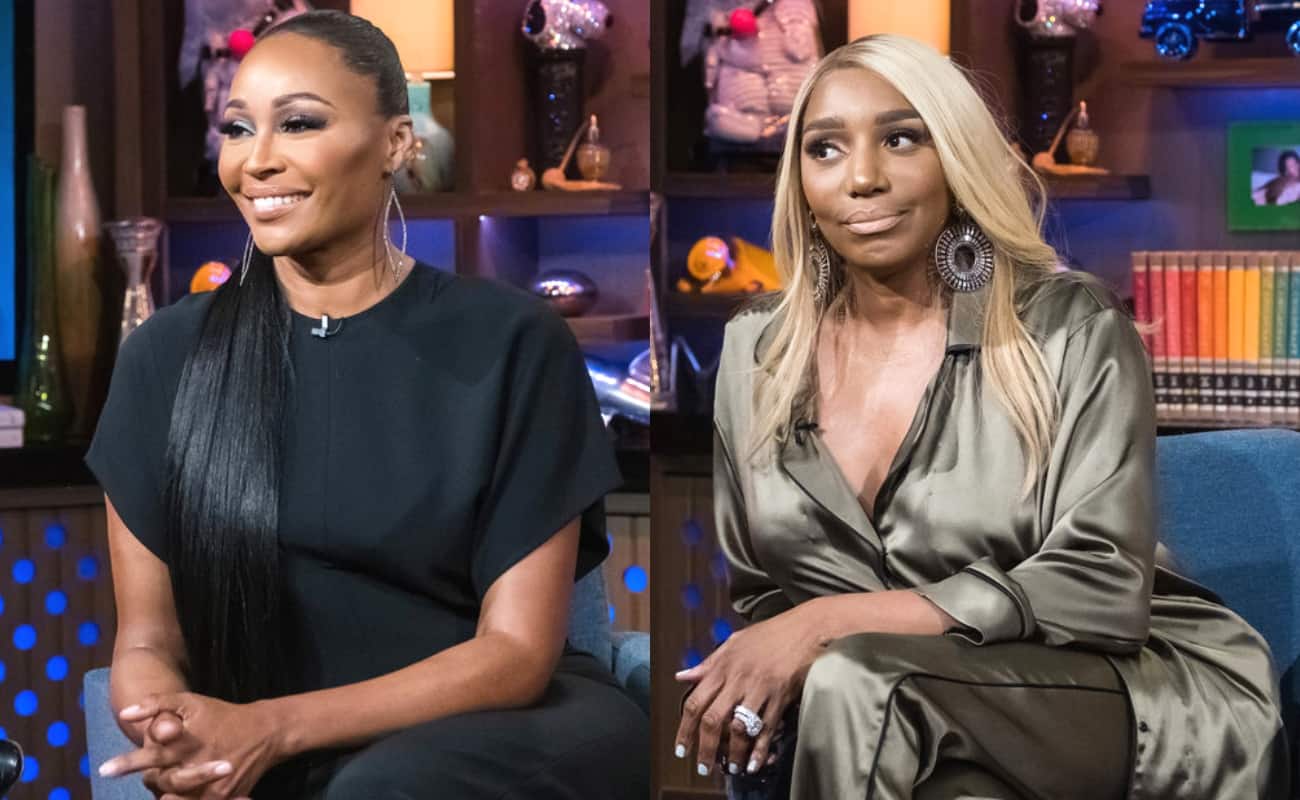 Ahead of the Real Housewives of Atlanta finale tonight, Cynthia Bailey is firing back at Nene Leakes after Nene accused her of betrayal and trying to get her fired.

Nene has been lashing out at her RHOA castmates for the last couple of weeks, after she first unfollowed most of them immediately after the filming of the reunion. Nene then took to Twitter to accuse Cynthia and Kandi Burruss of plotting against her by trying to bring Kenya Moore back on the show.

As most RHOA fans are aware by now, Kenya will be making a cameo appearance on tonight’s finale episode, as she will be seen attending an event for Cynthia. In a new interview, Cynthia is denying ever being a bad friend to Nene.

“I’ve been a good friend to Nene for years. I’ve been loyal to her in my opinion to a fault,” said Cynthia to the Hollywood Life.

Cynthia then went on to explain that while she invited Kenya to her event, she had no idea Kenya was actually going to attend, and tells Nene she simply needs to “get over it.”

“Kenya told me she wasn’t going to attend due to filming, so I understood and moved on. There was no reason to not bring it up to Nene, period,” Cynthia explained. “Kenya showed up with Kandi and surprised me anyway. So what, get over it. I was happy to see ALL of my friends there. Regardless of what you see me say on or off camera. I have been on the show for nine years. I am well aware when my mic is on and when it is off. Anything I said, or anything you read, was done in the spirit of keeping the peace. I had no ill intentions.”

She also addressed Nene’s accusation that she is plotting with Kandi to get her kicked off the Bravo show.

“Why is Nene saying I am trying to get her kicked off the show to help bring Kenya back when I always said publicly that they both are great on the show,” she stated. “What are my motives? [It] makes no sense. Bottom line.”

When it’s all said and done, Cynthia believes she has room in her life for both Nene and Kenya.

“I honestly love them both the same,” Cynthia stated. “We are not in high school! I refuse to choose between my friends, or be in the middle of any issues they are having. What reason would I have to betray NeNe, who you see me wholeheartedly support all season? Especially with her husband dealing with cancer. What is the end goal? What am I getting out of it? NOTHING!”

The season finale of the Real Housewives of Atlanta airs tonight on Bravo at 8/7c.