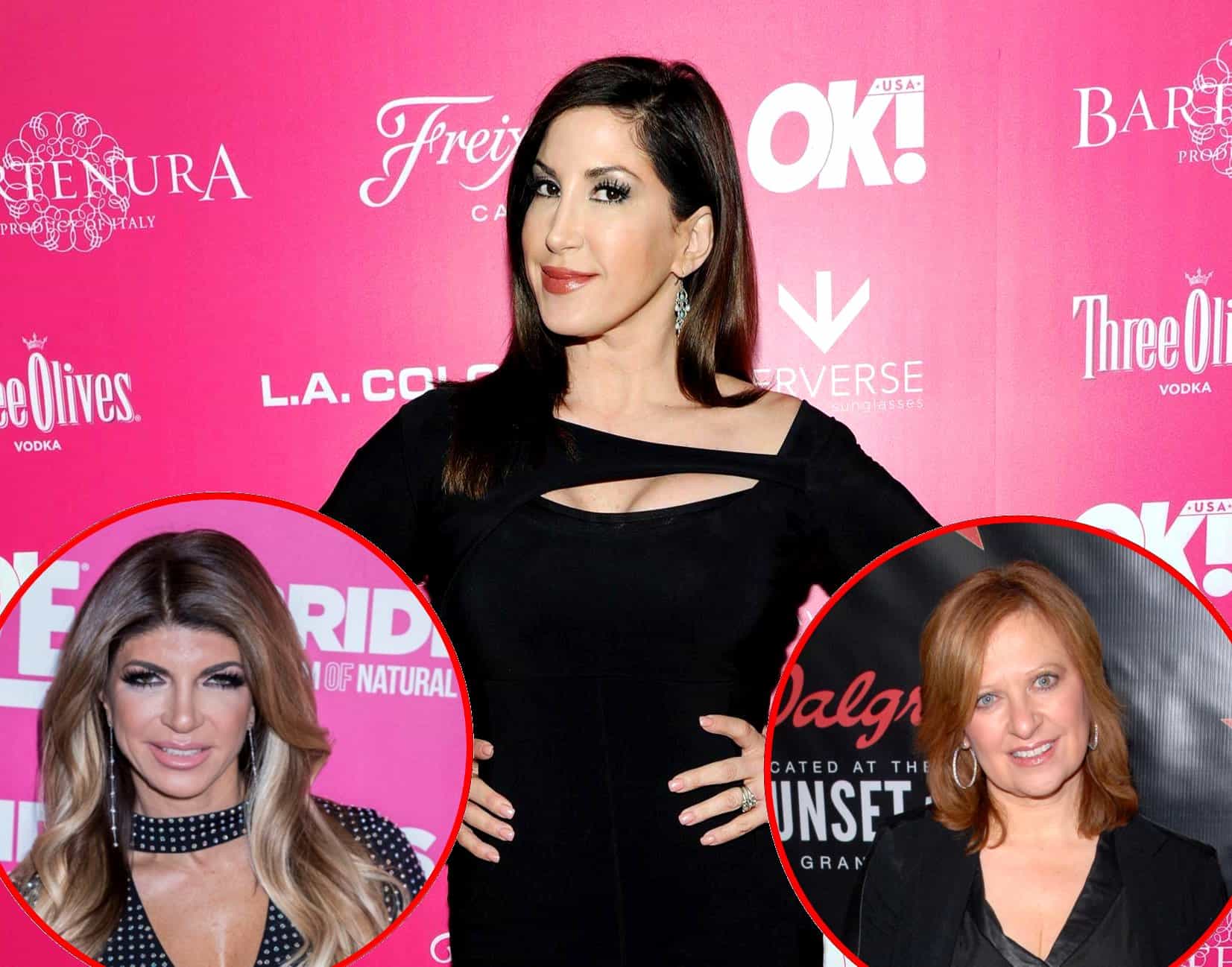 Jacqueline Laurita is weighing in on Caroline Manzo‘s recent comments about returning to The Real Housewives of New Jersey.

In an Instagram post, Caroline revealed that she would only be joining The Real Housewives of New Jersey if she was offered a full-time role, referring to a recent offer she received to come back as a part-time housewife as downright “insulting.”

That’s when Jacqueline chimed in, revealing that Teresa Giudice is scared of Caroline returning to the show full-time. Jacqueline also implied that she also turned down Bravo’s offer when she was offered a spot on Season 8 of the RHONJ for the same reasons as Caroline.

“OMG that is EXACTLY what I told them when they came to me 8th season! They need you back! That would be epic! You’re the REAL queen of that show and Teresa knows it! That’s why she doesn’t want you back and is always talking bad about you publicly. She’s scared of you,” Jacqueline revealed on Caroline’s Instagram post. 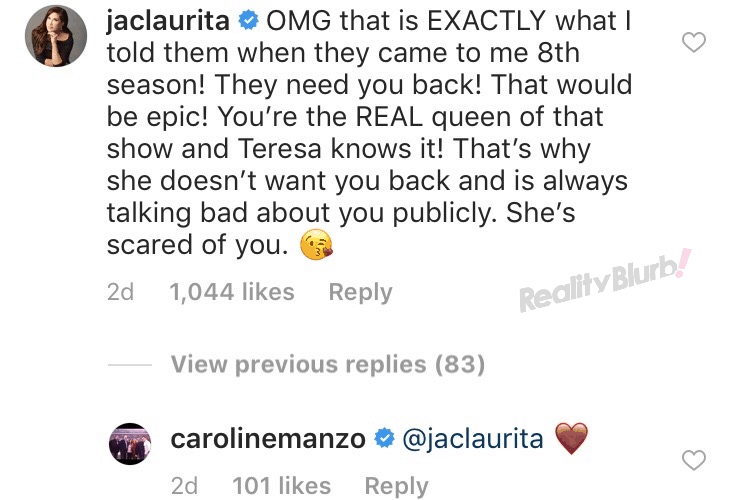 In her interview with Albie, for his Dear Albie podcast, Caroline revealed that she was one of the original housewives and needed to be compensated properly and offered a full-time position in order to come back.

“Pay me what I’m worth. You got an OG here and I’m going to be arrogant,” Caroline stated. “It’s just a matter of respect… Don’t come back to me like I’m a newbie and I’m going to fall for your bulls–t because I’m not.”

Last year, Teresa was asked about Jacqueline and Caroline’s possible return to the RHONJ, and she lashed out at her former co-stars.

“Maybe if they both come back it’s because they need the money,” said Teresa to E! News. “But, I mean, whatever, bring it on. I could give two s—ts if they come back. Do I want to reconcile being friends with them again? No. They’re both evil people and I really don’t want anything to do with evil people. I don’t, but if I have to give them a piece of my mind I will.”

The Real Housewives of New Jersey is expected to return later this year with a brand new season on Bravo.