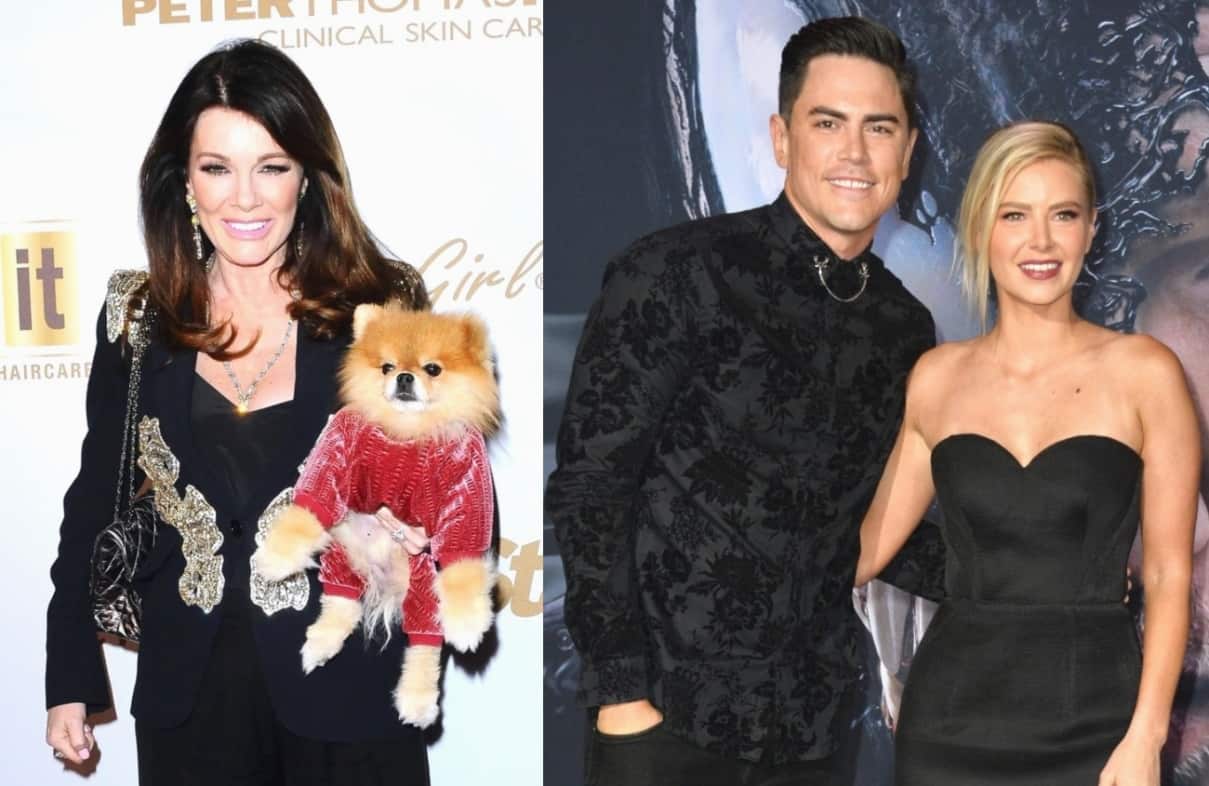 Lisa Vanderpump was put on blast by Ariana Madix during a podcast interview earlier this month, and on Monday night’s episode of Vanderpump Rules, after Ariana questioned her boss’s business practices.

After questions were raised in regard to the way in which Lisa entered into a partnership with Tom Sandoval and Tom Schwartz for their new restaurant and bar, TomTom, the Real Housewives of Beverly Hills star was confronted by a fan on Twitter who wondered if all of her restaurant deals were made with a mere handshake.

Ariana’s criticism of Lisa was that the contract she provided the Toms to sign was supposedly a “non-binding agreement,” which she said all but meant there was no actual deal in place.

“Does Lisa have a handshake deal in her partnership with Caesar’s Palace? Who does business that way?” the person asked.

“We don’t have partners normally and yes GUILLERMO and I had a handshake 12 yrs ago, which has been great,” Lisa replied.

As for her deal with the Toms, Lisa said they each received a 5 percent stake in the business and have since put their partnership into the hands of their lawyers.

“But this 5% each deal …yes now it’s in lawyers hands,” she explained on Twitter. 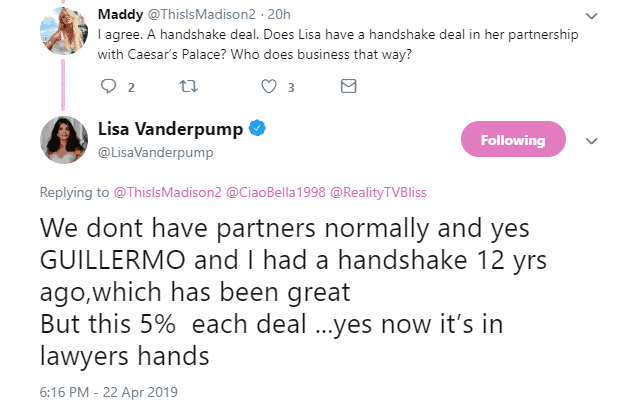 The idea for TomTom was first brought to the Toms in 2016 at the wedding of Schwartz and his now-wife, Katie Maloney. However, the venue’s West Hollywood location did not open to the public until August of last year.

In addition to taking aim at Lisa on Vanderpump Rules, Ariana spoke about her issues with her SUR Restaurant boss during an interview on Everything Iconic with Danny Pellegrino earlier this month.

“I have disagreed with Lisa a little this season on the treatment of the Toms and certain things. It’s not just me it just seems that I’m maybe the one who spoke about it,” she said at the time, adding that she was skeptical of the “non-binding agreement” between Lisa and the Toms.

“It just seems weird. I would assume [Lisa] has an actual contract that lawyers have gone over for Caesars to be able to use her name as the name of the bar [Vanderpump Cocktail Garden in Las Vegas] and under that contract, I’m sure she has certain responsibilities that are very clearly laid out so that she’s protected and they’re protected,” she pointed out. “It’s normal business procedure so I don’t get it.”