by Lindsay Cronin May 1, 2019 399 comments
ShareTweetWhatsappPinterestRedditTumblrMailFlipboard 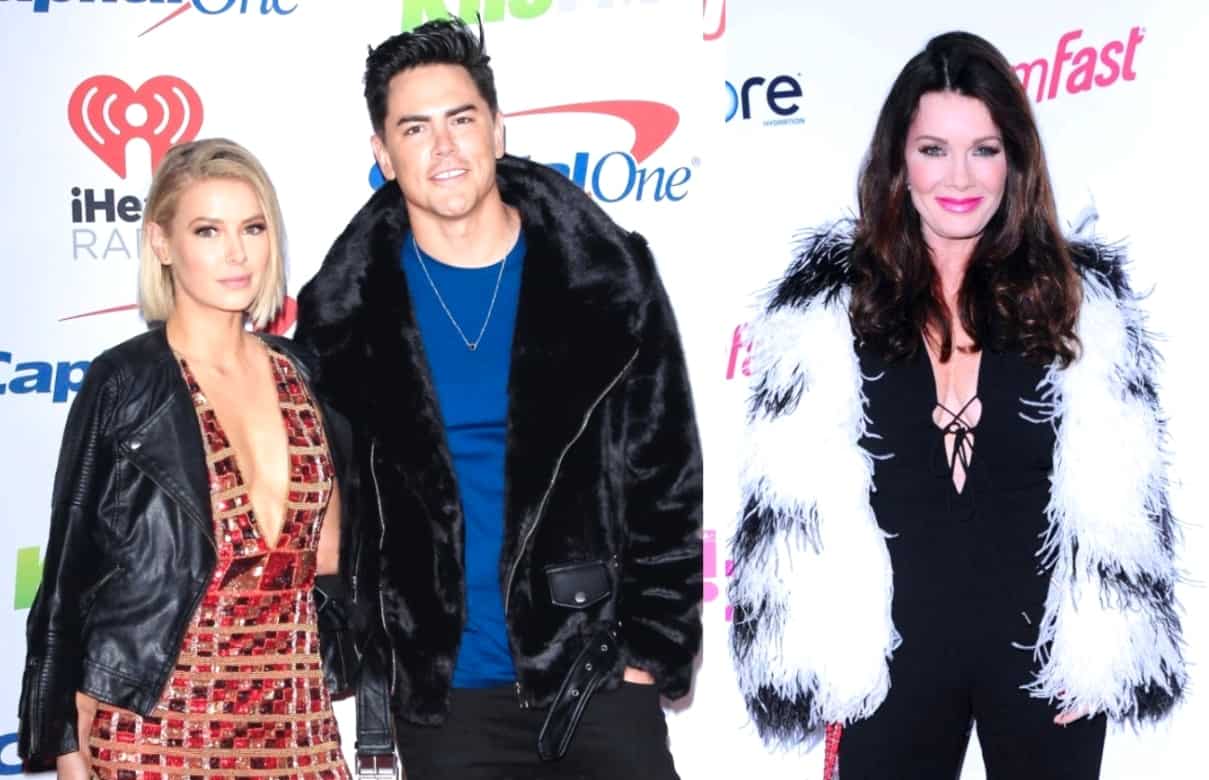 Ariana Madix is opening up about her decision to confront Lisa Vanderpump during the finale episode of Vanderpump Rules.

While the reality star stands by her words, she now realizes that confronting her SUR Restaurant boss about her treatment of Tom Sandoval and Tom Schwartz was a “completely pointless endeavor” and many of her co-stars seem to agree.

“Literally as the words were coming out of my mouth, I realized that it was a completely pointless endeavor. She’ll never take what I’m saying seriously. I’ll always be her, like, minion, you know? What is the point? All I’m going to do is make her mad,” Ariana said on the Vanderpump Rules: After Show on Monday night.

“She’ll get vindictive. She’ll try to get back at me for having this opinion and these concerns, so you know what? Screw it. I’ll just go back to my f**king corner and stay out of it and live my life,” she continued.

According to Ariana, what Lisa says goes, even if it is completely irrational.

“If Lisa says the sky is purple, every person in the entire world will be like, ‘Lisa’s word is gold, so the sky must be purple,’” she explained. “She can do no wrong in anyone’s eyes and so it’s, like, really hard to have a difference of opinion with her.”

Kristen Doute, who has been on the outs with Lisa for the past several years, agreed.

“She can literally come up to you and say, ‘You ran over my cat,’ And you’ll be like, ‘Number one, I’m not even in town, and number two, you don’t have a cat.’ And she’s like, ‘Keep telling yourself that.’ And you suddenly are like, ‘Did I run over her cat?’ And you have all this guilt,” Kristen stated. “Like, ‘I don’t hate cats. I didn’t mean to.’ Like, what the f**k am I talking about?”

“Nobody wants to be treated the way Lisa treats me,” she added.

While Sandoval and Schwartz are currently in a partnership with Lisa and her husband, Ken Todd, after opening their new bar in West Hollywood, TomTom, even Sandoval admitted he hasn’t always been a fan of their behavior.

“Obviously, with Ken and Lisa, there’s a lot of respect but they can sometimes be very aggressive,” he admitted. “I disagree with that way of leading. And to me, you get loyalty by giving happiness and positive reinforcement, not through intimidation, not through arrogance or whatever.”

As the After Show came to an end, Stassi Schroeder expressed her concerns over the comments made about Lisa and joked that her producers should edit the footage so that none of them get fired from the show.

“Even now, I’m scared,” Stassi said. “Even now, talking about this makes me feel uncomfortable and nervous and, like, ‘F**k, am I going to be punished for something that I say?’ That freaks me out. … I’m fearful for us right now. Could you just, like, delicately edit that so that we still are asked back next season?”