The Real Housewives of New York Recap: Tinsley Has a Meltdown After Her Big Apple Circus Debut

by Tiffany Brown May 2, 2019 109 comments
ShareTweetWhatsappPinterestRedditTumblrMailFlipboard 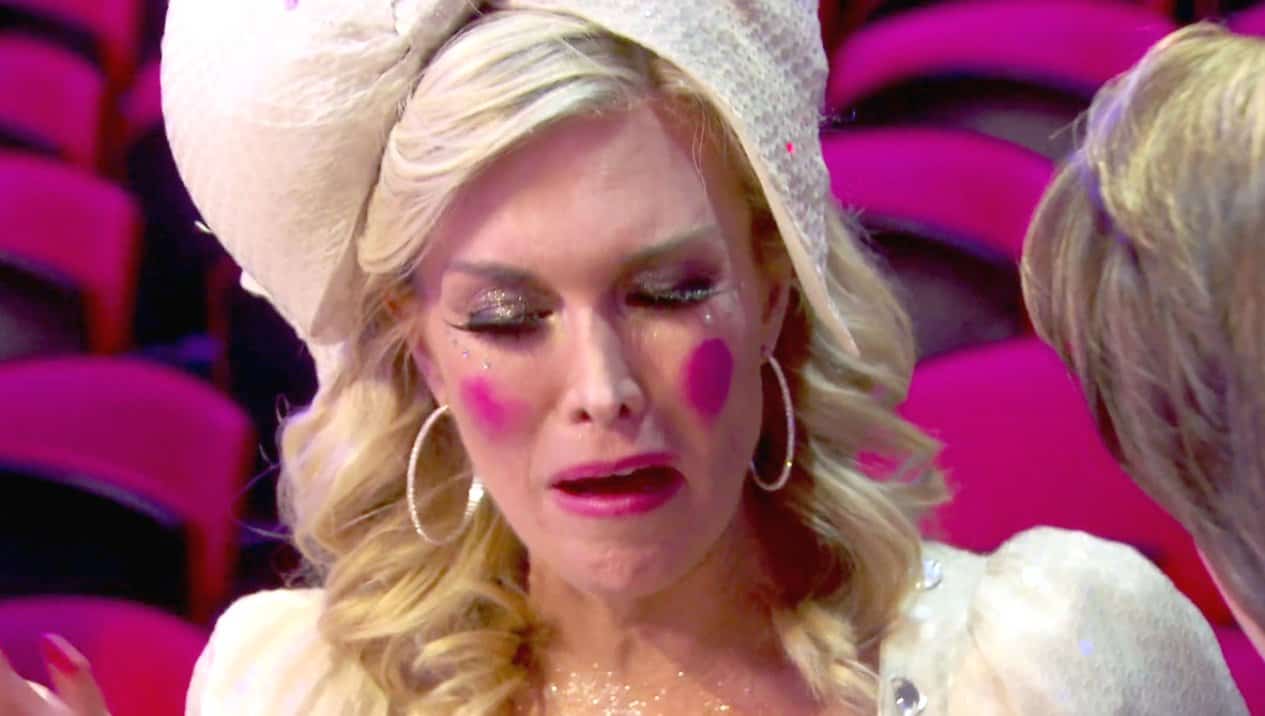 Well, the circus came to the big city, and for once, the ladies of The Real Housewives of New York City were exactly where they belonged.

Last night’s episode was one filled with a little too much booze, a lot of tears, and the happiest show on Earth, and while none of those things seem to go together well, what can I say–it’s New York, baby!

When we picked up with the ladies, they were all headed in different directions. Bethenny was off to court to continue her divorce/custody battle with her ex, Jason Hoppy. The former spouses called it quits nearly seven years ago, but their fight rages on, as do the paparazzi, who were there to greet Bethenny as she made her way into the courthouse. Well, paparazzi may be a strong word for one lonely man standing on the sidewalk with a camera, but still–fame can be a curse.

Bethenny emerged from the hearing stressed out and in tears. She’s clearly burning the candle at both ends, and our girl is completely spent. She’s trying to deal with this never-ending divorce process, her grief over the loss of her boyfriend, Dennis, trying to raise her daughter, Brynn, as a single mother, and juggling her many work commitments, both in her relief efforts around the world, and her Skinny Girl empire. I’m tired just thinking about it, and while it came as a bit of a surprise, it made perfect sense, when Bethenny said she was starting to field some serious offers from investors interested in purchasing her company. She said she doesn’t want out, necessarily, but she’s running on empty, and needs some downtime to step back and make some time for herself and her daughter.

Across town, Tinsley, fresh from her break up with Scott, did probably the last thing she should have done–had brunch with her insufferable mother, Dale. But here’s the thing–she can be a bit much to take sometimes, but last night, Dale was everything a mother needs to be:  She was tough, she was real, and she wasn’t taking any crap.

Dale immediately told her daughter that it was high time she moved on from Scott, and found someone who actually appreciated her. She said there were a million men out there who would find Tinsley absolutely fabulous. Quite true, but Tinsley began crying upon hearing this, and shared a text she’d received from Scott the night before. Learning that Scott had reached out to her daughter only bolstered Dale’s anger. He wouldn’t commit to Tinsley, but he wasn’t going to let her go, either. It was his typical MO, and it was getting old. Tinsley told her mother that he’d sent her a text exchange between himself and a jeweler, whom he’d been haggling with over an engagement ring for her. Dale remained unmoved, and told her daughter that if Scott wanted to propose he’d have done it by now, and reiterated her advice about moving on from Scott and his games. You tell her, Dale!

Dorinda and Sonja met for a bite to eat, as well, and their friends, with all their quirks, were foremost on their minds. They discussed Ramona and her on-demand waterworks, and Tinsley’s habit of playing a damsel in distress with the men in her life. They were both concerned about her post-breakup, and resolved to support her through what they knew was a difficult time, despite the brave face she seemed to be putting on for them.

Supporting one another was actually a pretty common theme of last night’s episode, and it was really nice to see. Even Ramona and Barbara formed a bond–and a new catchphrase, “ho-mance.”  Ramona took Barbara shopping for some new clothes (hopefully they’ll pay a visit to a makeup counter sometime soon, as well), and even managed to compliment her–well, after she got in a few digs. But after Barbara confided in Ramona about her relationship with her mother, whom she loves, but whom she also described as a person with “no filter,” who can often be hurtful without meaning to, Ramona vowed to change her ways (we’ll see).  As it turns out,  she said she could relate to such a relationship with a parent, as her own father could be the same way.

Later on, Luann was making a video to promote the Halloween party she was hosting. Of course, it was going to be “the biggest, best, most fabulous” Halloween party in the city since Luann would also be performing at the event. Barbara and Sonja stopped by to lend a hand in the promo video, and they all dressed up in sexy nurse outfits, which were a far cry from the look Luann sported in her pre-Countess days when she worked as a real, not at all sexy nurse.  Seriously, if you haven’t watched this episode, do yourself a favor and make the time.  The ten seconds during which they flashed an old photo of Luann, complete with short, badly feathered 80’s hair, a little nurse cap, a demure smile, and a nose suspiciously unlike the one we know today, will make it worth your while.  It’s truly a testament to what money can do.

We also had Luann to thank for a blast from the past, as she met up with former castmate, Jill Zarin to play some tennis. If you could call what they were doing tennis. Seriously, who brings a pocket dog to a tennis court? Well, Jill does apparently. But it was good to see her doing so well.  She seemed really happy as she told Luann all about the new man in her life, whom she described as a “nice Jewish boy,” who was sent to her by her late husband, Bobby, who ‘knew she wasn’t meant to be alone.’

On the day of The Big Apple Circus, Dale, Ramona, Sonja, and Dorinda were all on hand to support Tinsley in her turn as the guest ring leader. Tinsley, all dolled up, emerged from the ceiling in a giant, floating swing, and welcomed the crowd, as the ladies cheered her on. But the real star of the big top was Sonja, who took to the center of the ring, and vamped for the crowd like the fabulous clown that she is.

The ladies all had a great deal to drink as they enjoyed watching the performers fly through the air with the greatest of ease, and it was clear that Tinsley probably should have ended the night while she was ahead. Right after the ladies left, she sort of turned on Dale, and told her that it seemed like she enjoyed Sonja’s time in the spotlight more than hers. Well, she probably did, but in Dale’s defense, Tinsley said about five words after floating from the sky, and they went pretty much like, “Hi, I’m Tinsley..welcome to the Big Apple Circus!”  There wasn’t much to enjoy.

Tinsley added that she was always searching for her mother’s approval, and that it made her feel “like a freaking idiot.” But Dale refused to be her daughter’s whipping boy. She told Tinsley to knock it off because this wasn’t about her–it was about Scott. By now, Tinsley had begun to sob in earnest, and the big poofy dress, and child-like makeup she was wearing were a perfect backdrop as Tinsley had a bit of a tantrum, sobbing about how unhappy she was.

People were beginning to look. It was a circus, for crying out loud! What was this drunk, life-sized windup doll doing sobbing in the bleachers, the onlookers seemed to wonder? And Dale was having none of it. She told her daughter to knock it off, get it together, and move on from Scott, pointing out that, once again, he hadn’t shown up for her. Sure, it would have been nice if he’d surprised her and come to the circus to see her, but he hadn’t–and that was just who he was, and it said far more about him than it did about Tinsley. She told her daughter to count her many blessings, and start looking toward the positive, and stop letting Scott hold her back.  Well said, Mama Bear!!

The show faded to black from there, but RHONY will return next week, and while the circus may have left town, the clowns are here to stay!