by Lindsay Cronin May 4, 2019 487 comments
ShareTweetWhatsappPinterestRedditTumblrMailFlipboard 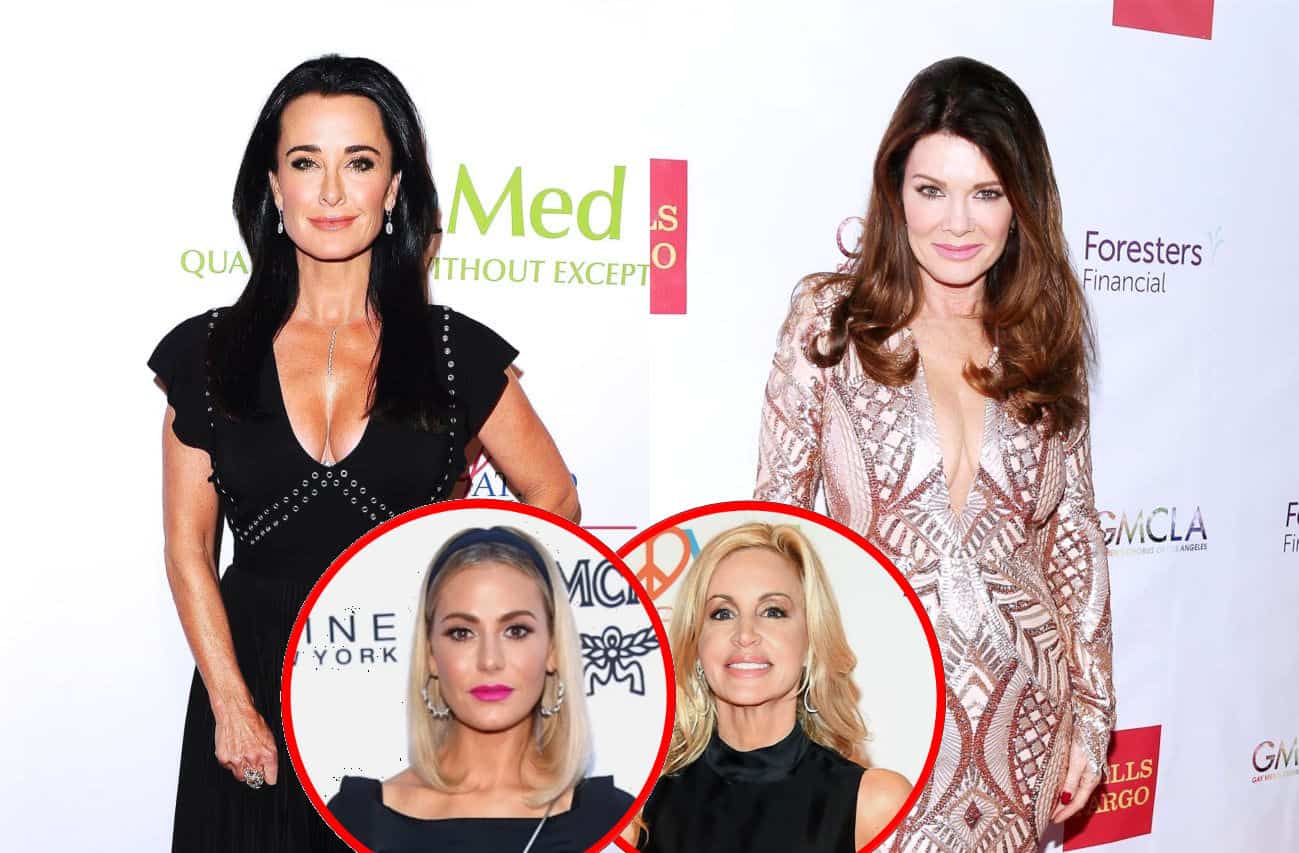 Kyle Richards and her co-stars have been labeled as “mean girls” on a number of occasions by Lisa Vanderpump but according to Kyle, Lisa’s no different.

Following Tuesday night’s episode of The Real Housewives of Beverly Hills, which featured Lisa dissing Dorit Kemsley as a “stupid cow,” Kyle responded to a fan on Twitter who took aim at the comment as her co-star, Camille Grammer, weighed in on Puppy Gate in a tweet of her own.

“Lisa calling Dorit a ‘stupid cow’? Now that’s one #RHOBHMeanGirl to another I guess. Or is it not when it’s from Lisa’s lips?” the fan asked.

“That is MEAN,” Kyle replied. 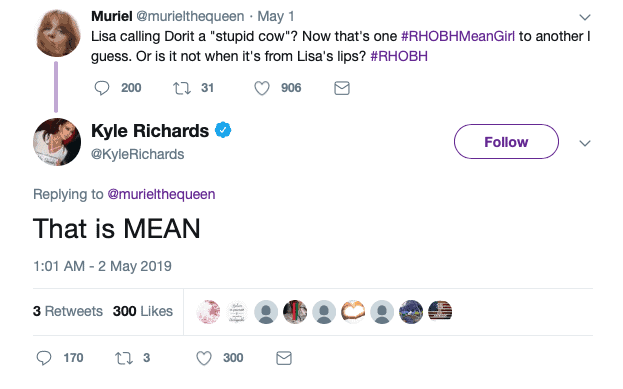 In a second tweet, Kyle responded to a fan who reminded their fans and followers of a moment that happened on The Real Housewives of Beverly Hills several seasons ago.

“That one time [Lisa] didn’t believe [Kyle] over Yolanda over what was revealed to actually be TRUE…Maybe Kyle should’ve held her friendship hostage over this,” the fan wrote.

“And this was another case of Lisa not wanting to ruin a relationship (with Mohamed) and Dorit with PK,” Kyle explained.

In the clip, from the RHOBH season 3 reunion, which aired in 2013, Lisa was asked if she believed Kyle’s claim that Yolanda Hadid was badmouthing her behind her back by saying Lisa was ‘full of s–t.’  Lisa stated that she believed Yolanda’s denial. And when host Andy Cohen asked Lisa if she believed Kyle had lied, Lisa responded: “I’m not saying she’s a liar but maybe it wasn’t quite… I don’t believe Yolanda would say something [that offensive].

Lisa also pointed out that she had seen Kyle make negative comments about her on camera while she had yet to see Yolanda do the same.

And this was another case of Lisa not wanting to ruin a relationship (with Mohamed) and Dorit with PK ????????‍♀️

Also on Twitter, Camille set the record straight about whether or not she believes Lisa leaked the negative story about Dorit to Radar Online last summer.

Camille’s tweet came in response to an article in which it was suggested that she had confirmed Lisa’s relationship with Radar.

“I didn’t say she gave the story to them,” Camille tweeted. “I said she introduced me to someone at her restaurant years ago but I did not say she gave them the story. Please don’t miss-characterize what I said. Thank you.”

A fan then tweeted to Camille, “So wait, so are you saying you think she leaked the story or not? I’m ALREADY DONE with everyone else on BH, just wondering what corner you’re in.”

“No, I don’t believe she did,” Camille confirmed. 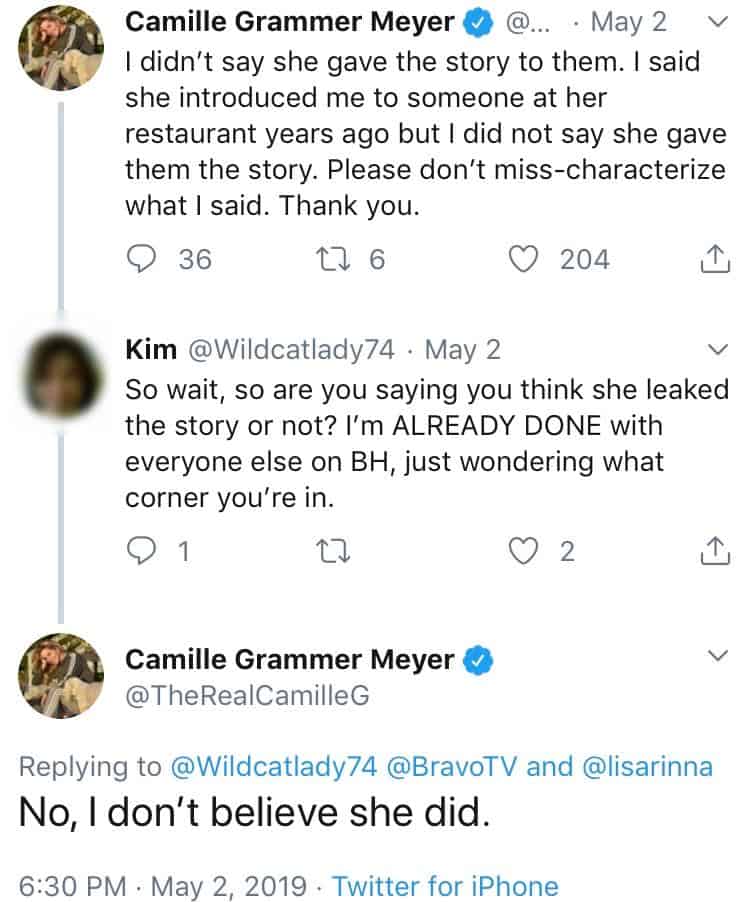