Vanderpump Rules’ Ariana Madix Calls Out Jax Taylor For Insensitive Comment He Made When Her Dad Died, Addresses Lala’s Behavior This Season

by Lindsay Cronin May 10, 2019 60 comments
ShareTweetWhatsappPinterestRedditTumblrMailFlipboard 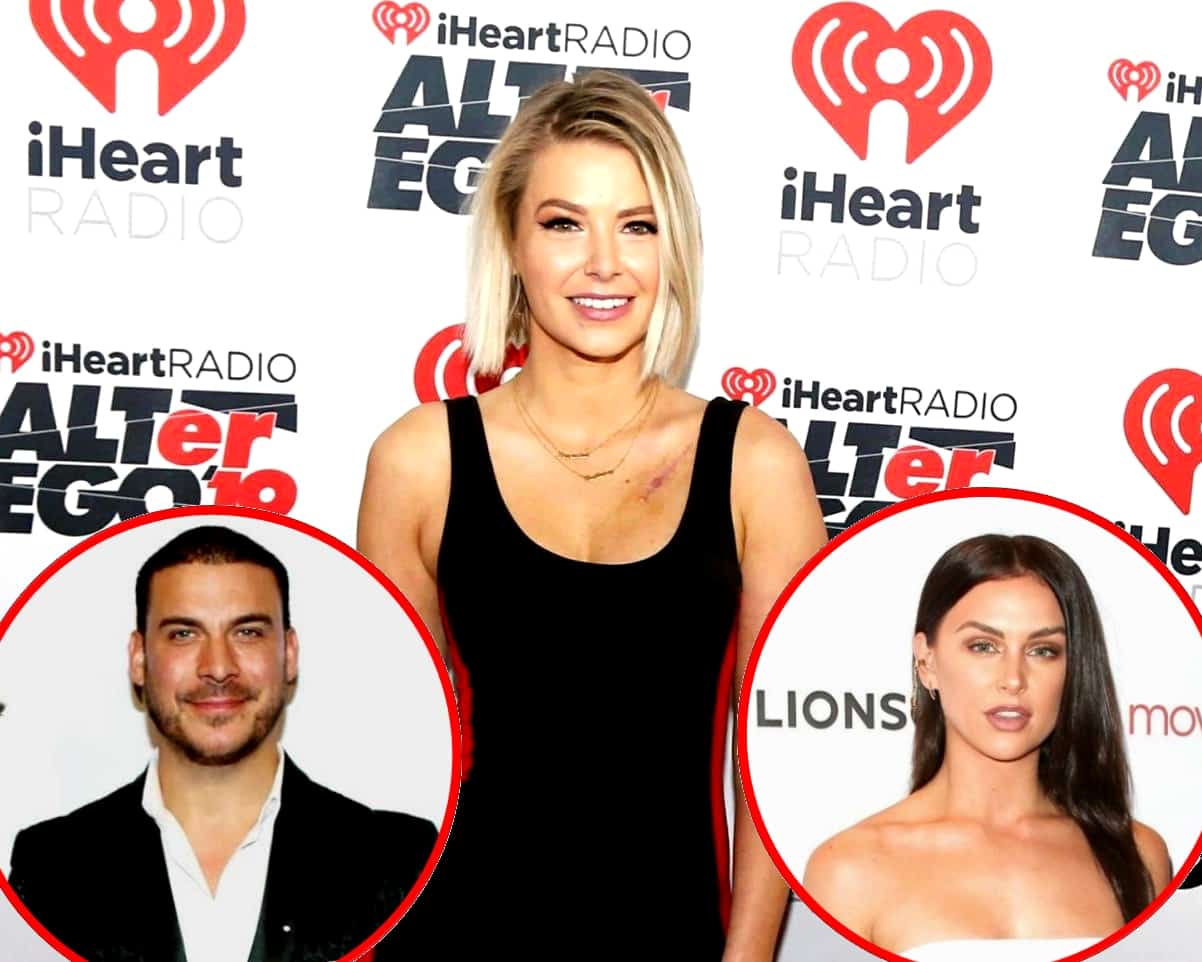 Ariana Madix is reminding Jax Taylor of a comment he made several seasons ago after the death of her father.

In a sneak peek at Monday night’s episode of Vanderpump Rules reunion, Ariana was asked about the moment she told Lala Kent to “toughen the f**k up” after the death of her own father. In response, Ariana opened up about the treatment she received from her co-stars after her dad’s passing.

“When I said that I think I was speaking more towards my experience with this group and how other people handled when I went through the same thing,” she explained. “I didn’t get any consolations from literally anyone.”

“I mean, I got actively made fun of and called names by people in this group because I was sad,” Ariana continued. “Jax literally said, ‘Ariana can’t play the dad card.’ Those words came out of his mouth. At the time, nobody literally gave a flying f**k.”

After hearing what Ariana said, Jax gave a nod to the December 2017 death of his father, Ronald Cauchi, and suggested “karma” had caught up with him after his mean comment towards Ariana.

“I apologize for saying that,” Jax told Ariana. “Clearly, I’m going through the same thing. So, karma got me.”

Ariana was also asked about what she thought of Lala’s behavior towards others this season, and she stated that Lala should have taken some time off from her hosting gig at SUR Restaurant and allowed herself to process her father’s passing.

“It’s really tough for me because I feel like the Lala that I know is not the Lala that I was seeing. And knowing what she was going through and how hard of a time it is, it’s hard to be like, ‘Listen, you’re handling this poorly,'” said Ariana.

“Yes, it’s a professional work environment but it’s also a very volatile work environment at times and I think maybe during that time, it was not the best for Lala to be working at SUR,“ she added.