by Julia May 16, 2019 15 comments
ShareTweetWhatsappPinterestRedditTumblrMailFlipboard 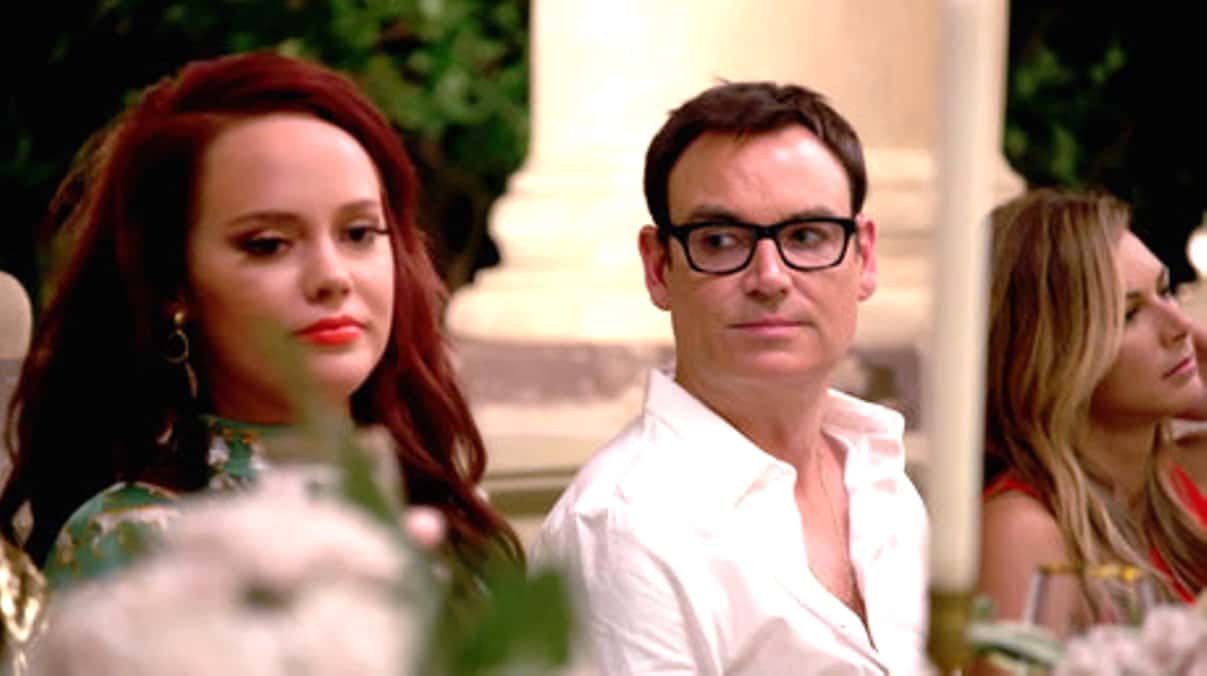 It’s an all-new season of Southern Charm. With that brings some new faces and some new drama, but some old habits die hard.

The season opens with everyone grappling with the bombshell news: Thomas Ravenel has been arrested after being accused of sexual assault. The crew is buzzing about it in their own way. Kathryn is still “still in denial” that her estranged baby daddy is in such hot water. Austen is gossiping about it on the phone like a 65-year-old woman: “Now I’m reading that he can be convicted for up to three years…” And Cameran, still as effortlessly gorgeous as ever living that mom life, simply states, “I’m not saying anything negative about Thomas cuz I don’t wanna get sued.” Touche.

Michael, Patricia’s butler, is still kicking it and serving up martinis to everyone’s favorite Southern aristocrat. Because her jet-setting son, Whitney, is returning back from his European adventure, Patricia has decided to throw a bit of party. Plus, it’s a great excuse to get the gang back together. Due to his recent run-in with the law, Patricia has crossed Thomas’s name off of the guest list, but shockingly, Kathryn makes the cut, as she and Patricia are now friends. Quick! Look up- are there pigs flying? Patricia realizes that NOW she is able to see the real Kathryn, rather than the “smoke and mirrors from Mr. Ravenel.”

Kathryn goes to visit her friend, Danni, and the girls chat about Kathryn’s drama with her ex, Thomas. Kathryn explains that Thomas, “got a PR bond, which means they know he is good for the money.” Kathryn is baffled that her baby-daddy didn’t address the legal issues with her. Yet, he has no problem posting pictures of her children with his crazy a*s girlfriend, Ashley. In the words of Kathryn, “all of this is so wild.”

Cam calls up her buddy, Shep, since she now has some alone time after dropping her baby off at school. Cam is heading out to visit Craig, who has recently returned from his very own Bahamian adventure. Craig has gained a new dog, a decorated house, and a grown-up life. Who is he?! Cam is amazed by the transformation and plops down on the sofa for some girl talk, I mean Craig talk. She explains that balancing a baby and work is impossible, and further states that Craig looks amazing and if she “wasn’t married,” she “would be attracted” to him. Craig dishes on his 3-month trip and explains that it was his chance to move on from his past with….Naomie.

Ah, Naomie, Craig’s old ex. Naomie has moved on since Craig, and fast. Meet Metul. Naomie rattles off all the excellent adjectives describing her new BF and it is clear that she has upgraded from Craig. I mean, that isn’t very hard to do. Sure, Craig is easy on the eyes, but the guy MAKES PILLOWS for crying out loud. Speaking of Craig, he tells Cam that he thinks Naomie is still obsessed with him. I mean who wouldn’t be?! Homeboy has his ring fingernail painted BLUE.

So it turns out that this is a season of the cast members finding themselves. Take Chelsea, for instance. She has picked up surfing and Shep meets her at the surf shop. Chelsea apologizes for being MIA, but she has recently purchased a house and has been completely engrossed in the renovations. The two get to talking about adult things and just when you think everyone has grown up, we get a glimpse into Austen’s life. What happened to his beer company? No mention of that… but he is still dating Madison, his blonde bombshell, Jessica Simpson doppelganger, hairdresser girlfriend. And yep, she’s the same girl who busted Austen cheating in a viral video that leaked online after he spent the night with two women!

Austin lets Madison know that they have been invited to Patricia’s upcoming party, but the couple wonder how Shep will react to this. To Cam, Shep states that he knows a secret: it turns out that Austen wasn’t the only one cheating…Shep states that he knows Madison had her own “fun,” too. Interesting… Despite any hiccups that people may know about, it appears as though Austen and Madison are blissfully happy.

He’s baaaaack. Whitney is gracing us with his presence after traveling for quite some time. His mother, Patricia, in her gold mu-mu of a dress, comes to inspect the tablescape for her party this evening. The first to arrive are Kathryn and Danni. Kathryn is sweating bullets, as she is still trying to keep her new friendship with Patricia afloat. Dinner parties at Patricia’s are hilarious. Everyone’s decked to the nines and they just sit around getting served cocktail after cocktail by the best butler in town, Michael.

When Craig enters, he comes bearing a gift- you guessed it, a new pillow. That’s a business idea that he should just let die. Things get more awkward as Craig says his hellos and introduces his date, Caroline, to his ex, Naomie. I love when Patricia and Whitney’s REAL friends join the party. They are all doctors and his classy members of society, unlike Shep and his lady guest, Eliza. Eliza happens to be a snake of the past for Kathryn. This chick loves to stir up drama between Kathryn and Thomas, which makes me think why in the world Shep would ever show up with Eliza as his plus one other than to spice up this less than lively party.

I am pretty sure Eliza is 1,000% intoxicated, even before one of Michael’s strong cocktails. She is rambling on and on and Shep just stands by uncomfortably. Eliza blabs, “I’m sorry I am young and hot and just graduated college a year and a half ago.” Right. Eliza drops “T-Rav’s” name left and right and even says that Thomas is like family to her. Someone needs to tell this Eliza chick to know her audience…Unfortunately, before we are able to hear more about Eliza’s riveting tale, dinner is served.

Whilst at the dinner table, Chelsea wonders aloud to Austen if Kathryn and Whitney would ever rekindle what was a short romance of their past. Austen lets Chelsea know that actually, this summer, Kathryn and Whitney had a bit of a fling. Man, that girl gets around. Chelsea decides to grab the bull by the horns and straight up ask Whitney if he hooked up with Kathryn. Whitney denies, denies, denies and stutters a response. Even though Whitney states it never happened, Kathryn shoots him a glance and whispers a quick, “oh boy.” That can only mean one thing if you ask me…

Eliza, the resident trouble-maker at this dinner, attempts to hold a conversation with Kathryn and continues to bring up Thomas’s name. Kathryn can’t seem to bear this girl and Cam advises Eliza to back off a bit. Perhaps if she simply stopped saying “T-Rav’s” name, everyone could just get along.

Post dinner, Eliza, Shep, Austen, and Cam gather in the parlor. Eliza pretends that she didn’t do anything wrong to trigger Kathryn. I mean, the girl clearly sees Kathryn only as a “vessel for babies,” as she was the one who suggested Kathryn be the surrogate for Shep. Ouch. Eliza feigns that she doesn’t know what would set Kathryn off, but I think she knows exactly what she is doing.

After getting some advice from the “elders,” Eliza finds Kathryn and apologizes and asks Kathryn to be her friend. Kathryn puts that dweeb in her place and tells her she didn’t even know Eliza “still lived here” (anyone else get a “Mean Girls” vibe there?) and before she walks away, Kathryn spits out one more classic line: “my coat tails are about worn out, so goodnight.” Something tells me, Kathryn is gonna bring it this season…

TELL US – THOUGHTS ON THE SOUTHERN CHARM SEASON PREMIERE?