LuAnn de Lesseps Teases What to Expect at RHONY Reunion as Sonja Morgan and Dorinda Medley Slam Her for Treating Co-Stars Like ‘Minions,’ Plus See Reunion Pics!

by Lindsay Cronin May 22, 2019 33 comments
ShareTweetWhatsappPinterestRedditTumblrMailFlipboard 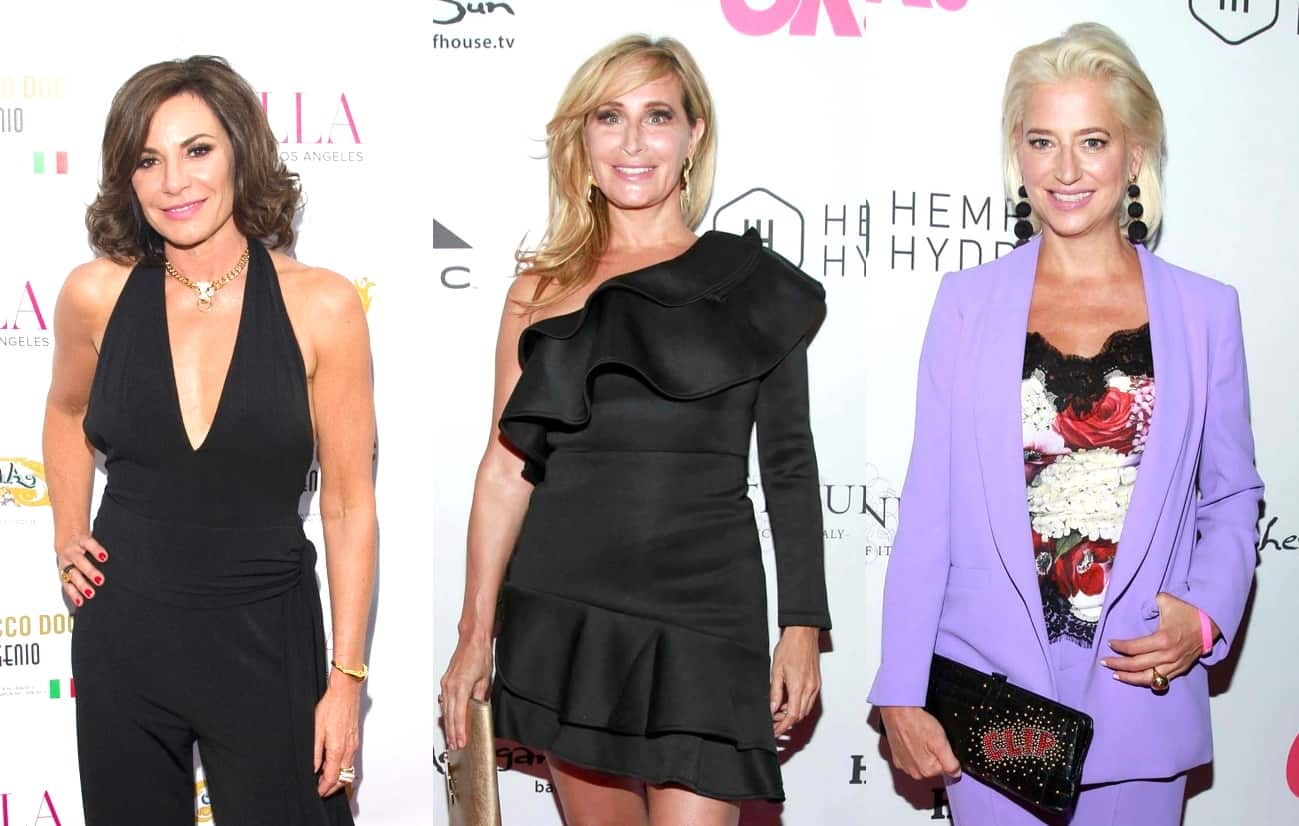 LuAnn de Lesseps may have had a rocky 11th season of The Real Housewives of New York City but according to the cabaret star, she experienced a “cleansing” at the reunion on Friday.

Days after filming the reunion with her co-stars, LuAnn teased a “detox moment” and addressed her recent dispute with Bethenny Frankel, who accused her of being a narcissist during a recent episode of the show.

“There’s a lot of drama, and a lot of resolution. So it’s good!” Luann told Us Weekly on Sunday, May 19.

While LuAnn said she “probably” was the first one to cry during the taping, she wouldn’t say if anyone stormed off the stage, as the “wives” are known to do, and made it clear that she and Bethenny would each get a turn to say what was on their minds.

“We each get to say what we didn’t get to say during the course of the show. So that’s the really great thing is that you get to wipe the slate clean and what gets misconstrued, you get to voice what was going on in your life at that time,” LuAnn explained. “It’s a great cleansing, kind of detox moment for me. I love the reunion, so it’s my favorite part.”

Following last week’s episode of RHONY, LuAnn’s co-stars, including Sonja Morgan, Dorinda Medley, Dale Mercer, and Tinsley Mortimer, discussed her behavior on the series during an appearance on the After Show.

“Well we all feel like the minions and [LuAnn] treats us like fans but she doesn’t see it!” Sonja said of LuAnn and her apparent entitlement issues.

“I think she fully believes all of the hype about the cabaret and that she’s a huge star, and she’s done a great job. It’s been so successful and I’ve been surprised, honestly. But I think that made her feel that she and Bethenny, because Bethenny is sort of the queen, were more on even-level keel,” Dale suspected. “She then thinks that whatever Bethenny does or doesn’t do, if Bethenny doesn’t show up for something, then she doesn’t need to.”

As fans saw on the show, LuAnn lashed out at Bethenny for leaving her cabaret show to go home to her daughter after LuAnn’s performance was delayed. While Bethenny felt she was simply doing what was best for her child, LuAnn wasn’t at all understanding and suggested she was unsupportive of her career.

“There’s a complete lack of self-awareness. It’s almost like if it’s not about her or doesn’t involve her, and the focus is not on her, she doesn’t really have an interest,” Dorinda noted.

During season 11, Dorinda attempted to get to a better place with LuAnn, who she feuded with throughout season 10 due to comments they made about each other’s drinking habits, but unfortunately, not much progress was made.

“LuAnn says she’s in a protective mode to make sure she stays on track with her sobriety but sometimes it doesn’t feel that way. It feels like she’s very focused on her,” Sonja continued.

“And I understand that Sonja but within that, she’s sometimes not protective of others,” Dorinda replied. “She has a very free hand with giving judgement and passing judgment on others. So that works, but the hands got to shake each other.”

Finally, the stars of RHONY took to their social media yesterday to share some photos form the upcoming reunion. Some of those pics are below.

The Real Housewives of New York City season 11 airs on Wednesdays at 9 p.m. on Bravo TV.