by Lindsay Cronin May 28, 2019 122 comments
ShareTweetWhatsappPinterestRedditTumblrMailFlipboard 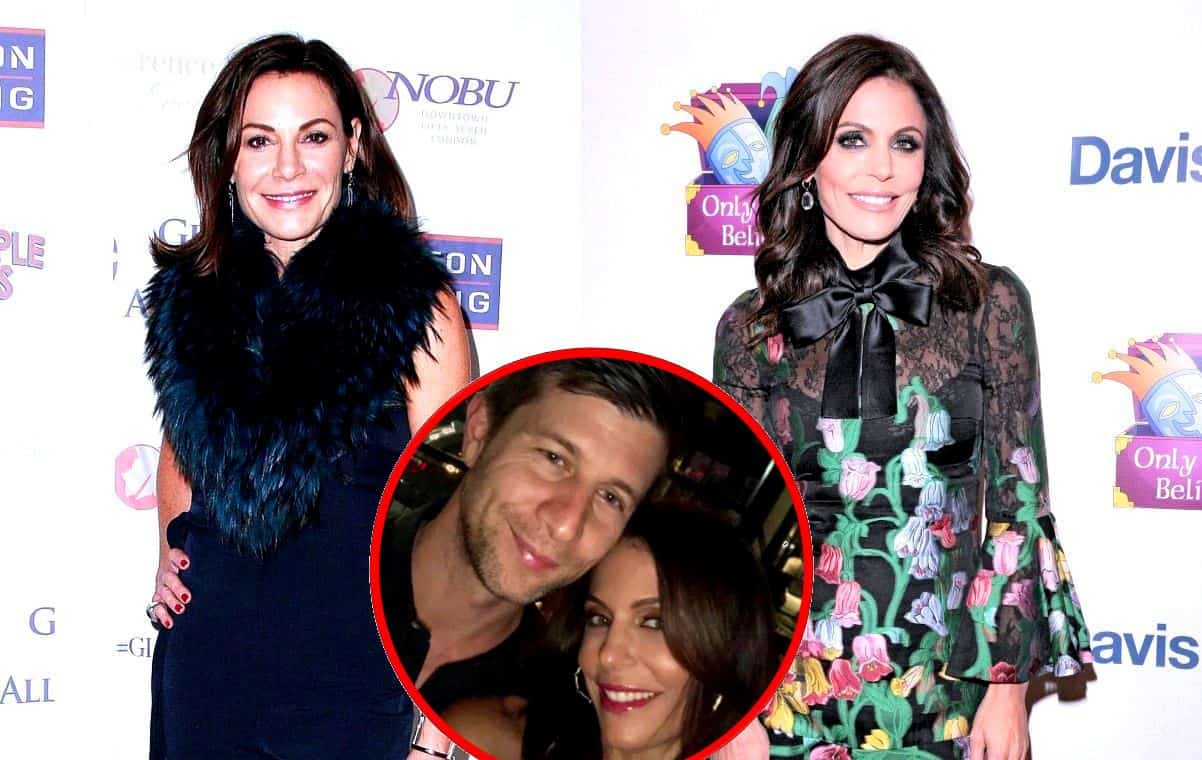 How do Bethenny Frankel‘s Real Housewives of New York City co-stars feel about her new relationship with boyfriend Paul Bernon? According to a recent After Show, their thoughts are mixed.

Months after the couple went public, the cast sat down to address the romance, which LuAnn de Lesseps seemed to believe got started much sooner than Bethenny and Paul led on.

“I met Paul in Palm Beach recently, but I met him before actually at [Bethenny’s] house,” Tinsley Mortimer revealed on the RHONY After Show. “I really like him. I mean, he’s great. He’s adorable and he’s cool and he’s fun.”

While Tinsley said she was “really happy” for Bethenny, LuAnn wasn’t so thrilled and after revealing she didn’t know Paul and had never heard about him, she suggested Bethenny was actually seeing Paul long before they went public in October of last year.

It’s unclear if LuAnn is suggesting that Bethenny was seeing Paul during the time she was dating her late boyfriend Dennis Shields, before his untimely death in August of last year. It was a few months after Dennis’ death that Bethenny went public with their romance. Bethenny has however been open about the fact that she previously dated Paul in late 2017, before going back to Dennis.

Also during the After Show, Sonja Morgan confirmed Bethenny “knew [Paul] previously” as Tinsley added that Bethenny did “date other people” during the times she and Dennis were broken up. Either way, the majority of the cast was happy to see Bethenny move on after Dennis’ passing.

“I was worried about Bethenny going into her cave and becoming very depressed. This is a much better thing that she has going on,” Sonja pointed out.

“I don’t think there’s any rules or guidelines for grief and I don’t think anyone should comment on it,” Dorinda Medley advised. “I think everybody does the best they can and if that means having a friend, dating, whatever it takes to move through it. The person has died. You’re not doing them any justice or injustice anymore. They are dead. So, what you have to do is what’s best for yourself.”

Reflecting on Bethenny’s past romance with Dennis, Tinsley’s mom, Dale Mercer, went on to say that Bethenny tried hard to make things work with the late businessman and said it must have been “somewhat of a relief” for her when he died.

“It must have been somewhat of a relief. It’s like, ‘Oh okay, now I have to move on,” she said.