by Lindsay Cronin May 31, 2019 47 comments
ShareTweetWhatsappPinterestRedditTumblrMailFlipboard 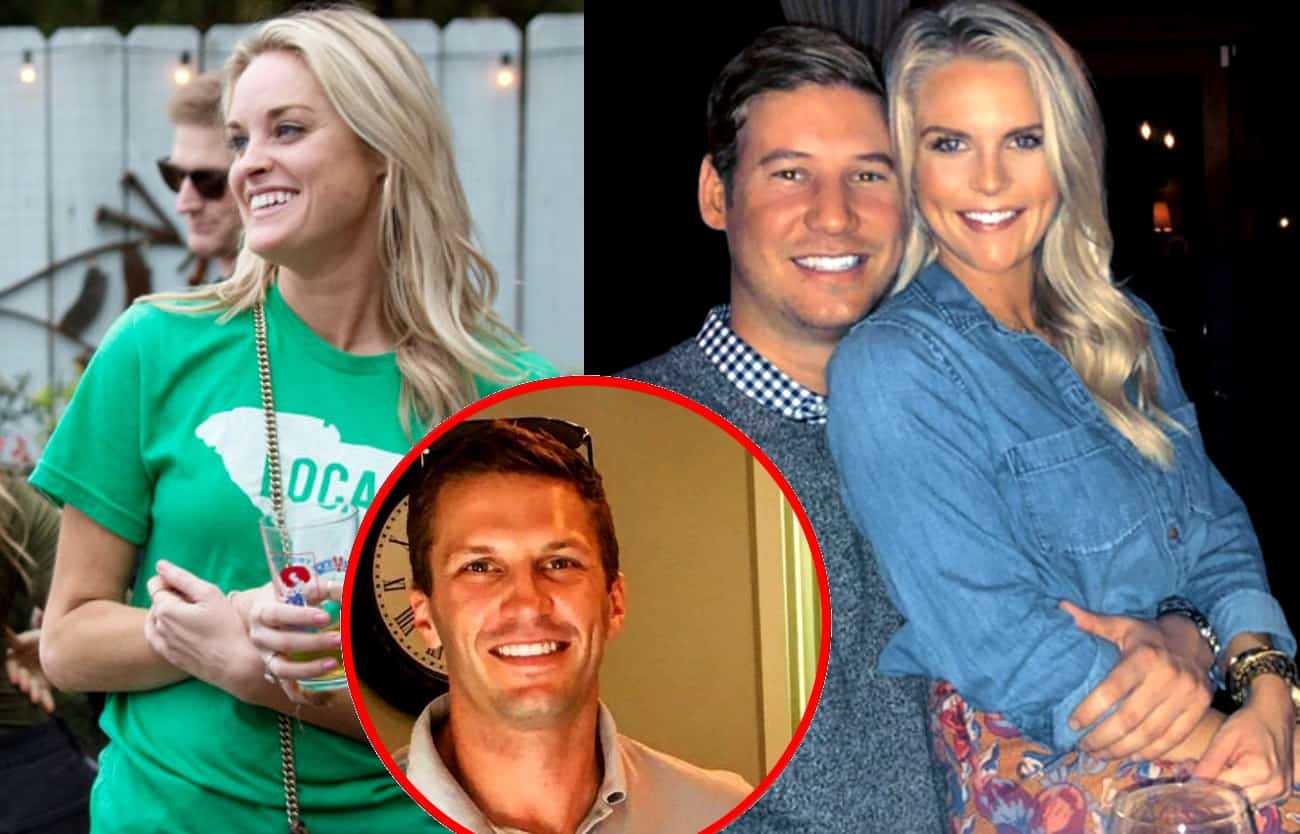 Danni Baird‘s ex-boyfriend, Gentry Todd, continues to be caught in the midst of a messy feud between Southern Charm cast members Austen Kroll and Madison LeCroy.

After Danni told Craig Conover that Austen’s girlfriend had attempted to connect with her then boyfriend, Gentry, behind Austen’s back, Gentry took to his Instagram Stories to set the record straight. First, he told his followers that he’s never even met Madison, despite her alleged advances.

“Never Have I Ever Met This Person,” wrote Gentry on May 30 along with a screenshot of a DM sent to him by Madison.

“Hey! So strange I’ve wanted to have a conversation with you for sometime about some things that have been said about us. Are you interested in having a quick talk?” Madison asked in her message, sent in December 2018 — two months after her friend initially reached out to him in October. 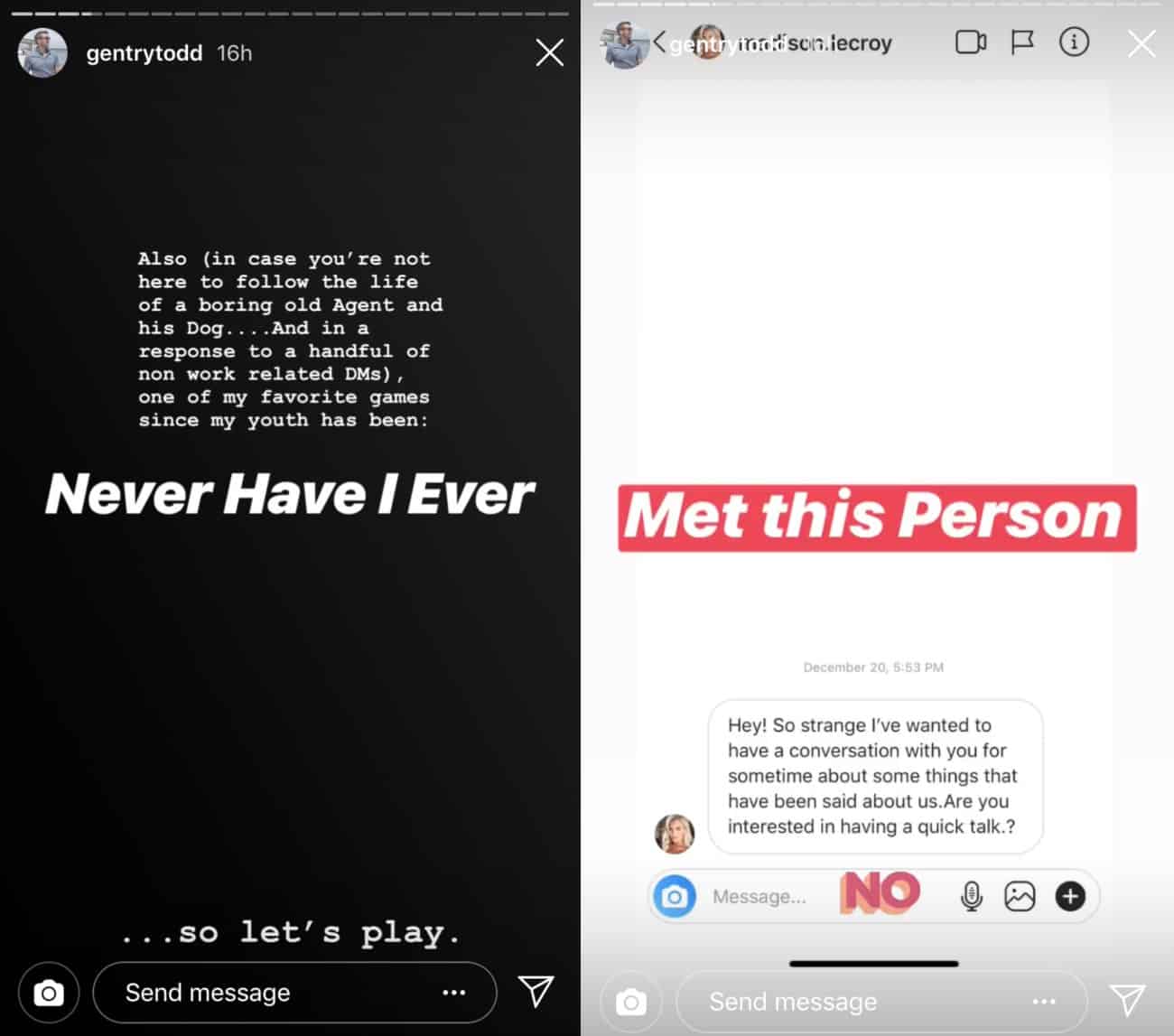 While Gentry didn’t share his response to Madison’s message, he wrote, “No,” over the screenshot in his post. However, according to a series of response posts shared by Austen, Gentry seemed interested in meeting Madison.

In Austen’s Instagram Stories, he posted a couple of messages sent between Gentry and Madison’s friend in which Gentry was seen reacting to Madison’s interest in him.

“Wow. Don’t think I hold a candle to miss Madison,” Gentry wrote. “Appreciate you looking out.”

Prior to the message, a mutual friend of Gentry and Madison had contacted Gentry with a photo of Madison and said she found him attractive and wanted to meet.

In another message sent by Gentry to the friend and leaked by Austen, Gentry wrote, “Let’s all grab breakfast/coffee soon.”

“You want me to get involved?” Austen asked in a message written over their exchange. “I will roll some heads. You ain’t foolin anyone Gentry, baby. Kid was over the moon. Oh and just so you know, he unfollowed [Madison] 15 minutes ago. We’ve been laughing about it for months.” 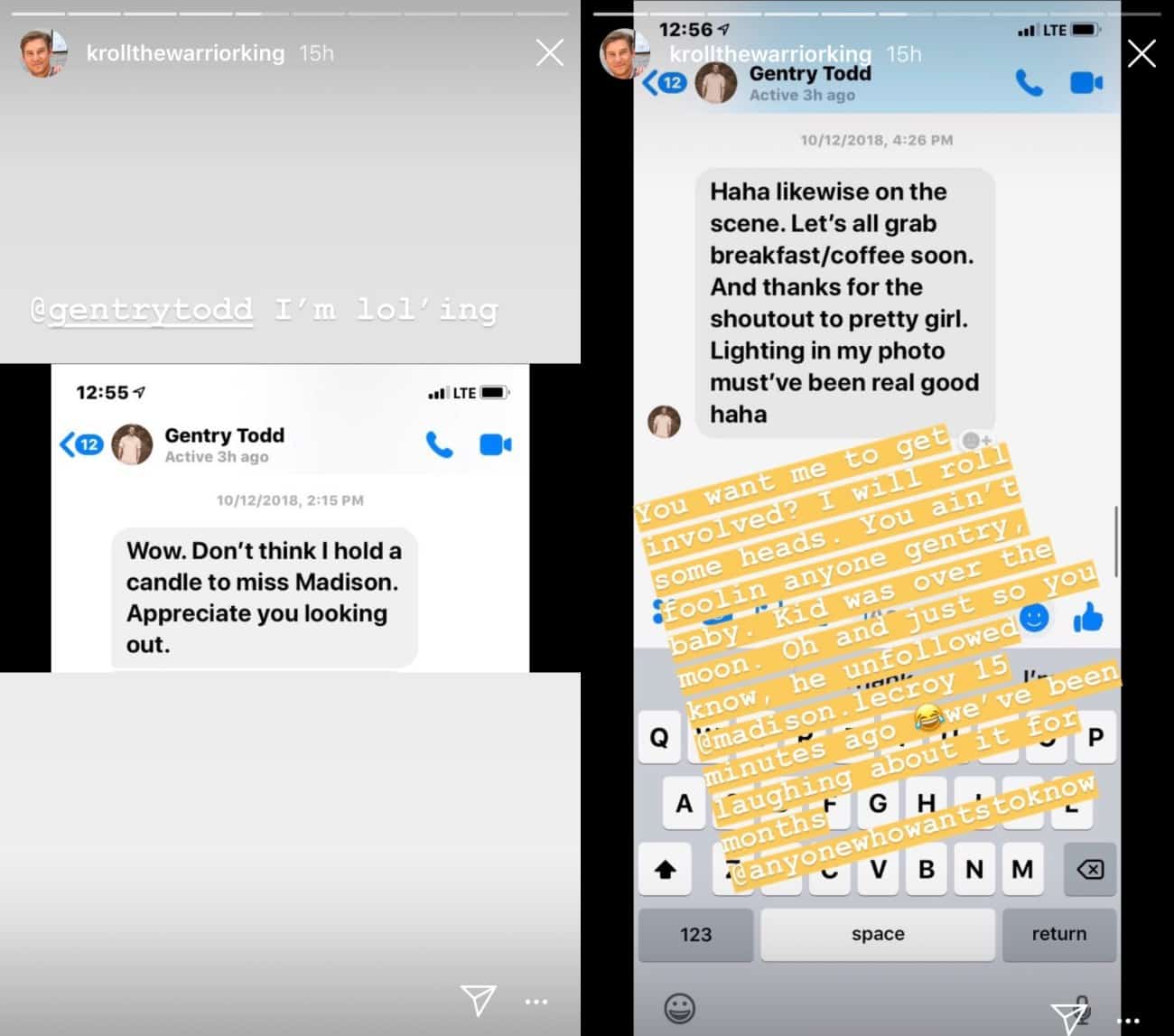 While Austen’s screenshots of Gentry’s messages seemed to be damning evidence against him and Madison, Gentry fired back at Austen and the leaked messages in another series of posts by including messages that Austen left out and posting his entire exchange with Madison.

In Gentry’s Instagram post, a number of additional DMs were seen and although he did compliment Madison, he pointed out that he had quickly changed the subject of a meeting with her because he was well aware that she was dating someone else.

“Why haven’t I seen you since the Telluride trip?” Gentry asked Madison’s friend.

As for his message about grabbing coffee, Gentry said he was referring to the friend behind the messages and a man named Jay who had been mentioned in another message. His screenshots also backed up his claims. 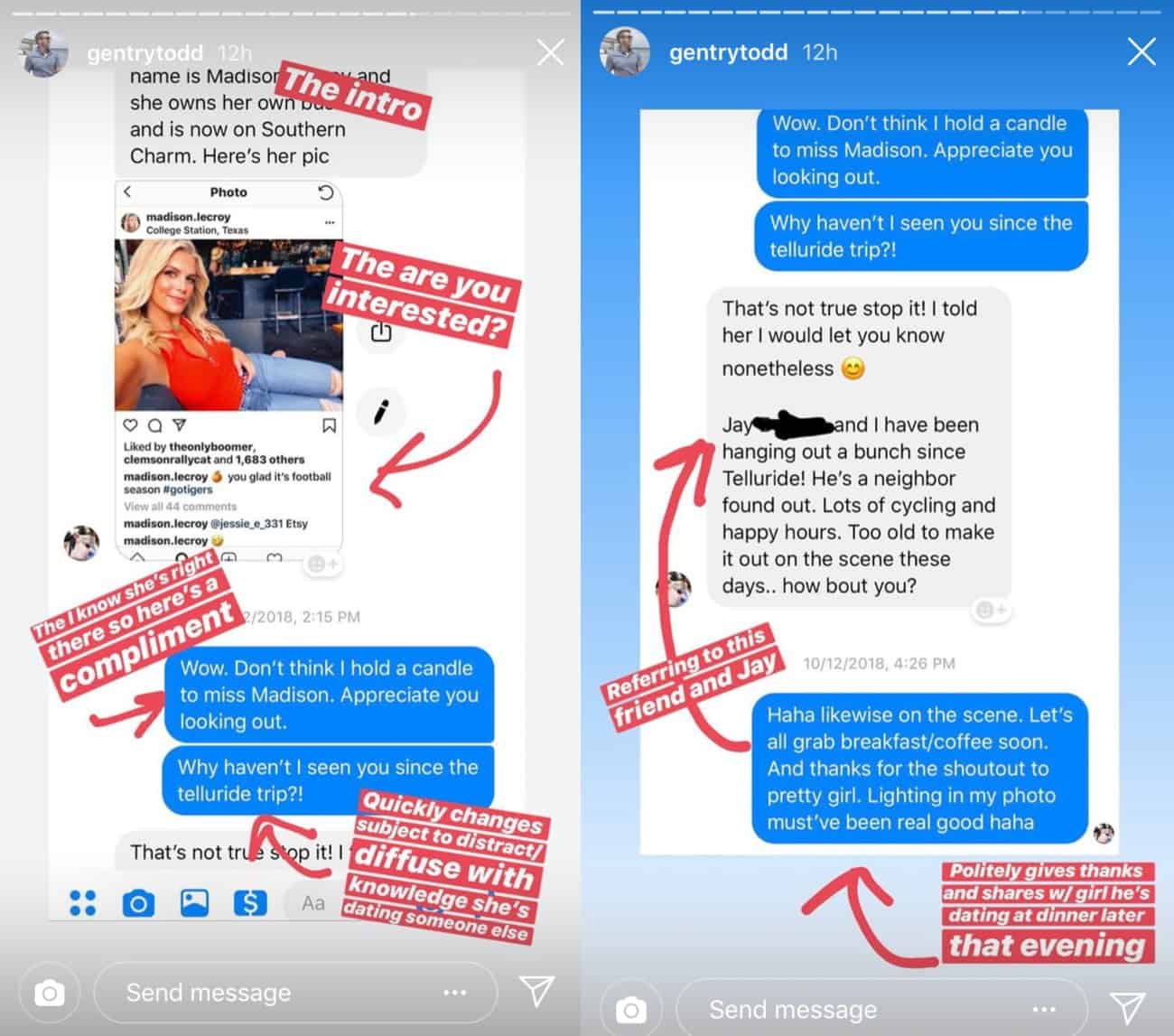 Following Gentry’s full message reveal, he shared a video on his Instagram Stories in which he was seen addressing the scandal further and encouraging his online audience to leave Danni out of the drama.

He also explained that the reason he decided to share the messages was because he felt his integrity was being called into question.

Gentry however did not address Madison’s claim from earlier this week that he dumped Danni.