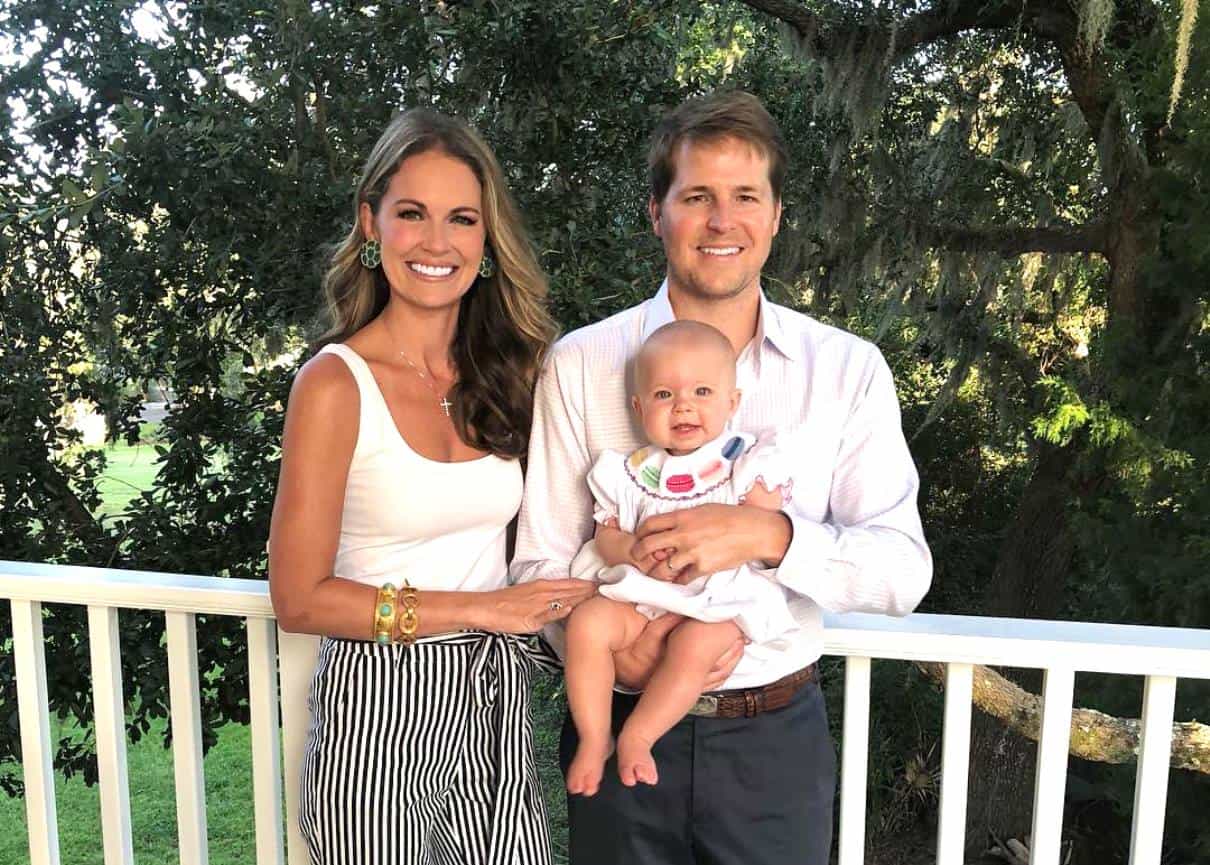 During a new interview, Cameran confirmed her husband’s upcoming appearance on the series before discussing her new life as a mom and revealing whether or not she and Jason are planning to expand their family.

“Jason makes a cameo this season,” Cameran revealed to Entertainment Tonight on June 5. “I wore him down. Jason is a very private, very quiet person, and I convinced him to come to a group event, and I told him there would be a lot of people. You know, it’s not going to be focused on you. So, I think it actually calmed his nerves and he actually shows up to something.”

“My husband is a super fan of Bravo, in general, and Southern Charm. He loves it, that’s a big misconception, ‘He doesn’t support the show, he must hate it.’ He loves it, so I think he was a little excited, now that it’s become successful, to be a part of it. He’s riding my coattails,” Cameran joked.

Cameran married Jason, an anesthesiologist, in April 2014, and in November 2017, they welcomed their first child together, daughter Palmer Corrine Wimberly.

“It is so untrue that you can have it all as a mom. You really can’t. You just have to find balance. You’ll see me trying to do that [this season],” Cameran said of her new life as Palmer’s mom. “With real estate, I had to put it on the back burner to take care of Palmer, because I was so crazy about leaving her in the care of anybody else and it’s very hard, it’s very hard to have to make a choice as to what is more important to you.”

As for whether or not Cameran and Jason will be adding more kids to their family, she said they are “one and done.”

“Something always has to give, and for me, it was giving up a lot of my personal time, my alone time,” she said. “I lived a pretty cushy life before I had Palmer, not saying I still don’t. But I had a lot more ‘me time,’ I was much more of a selfish person. When you have a kid, you are forced to be unselfish.”