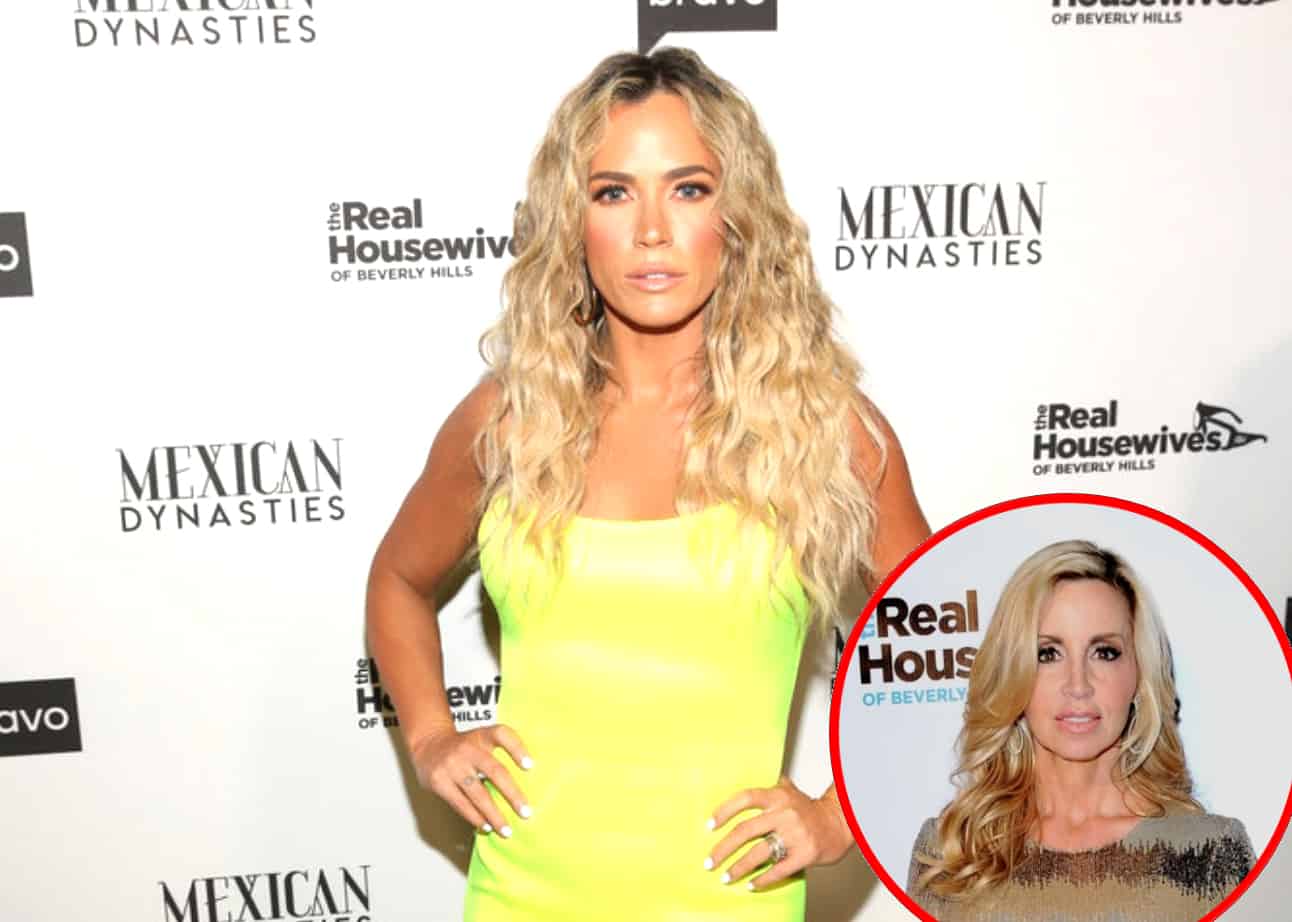 Teddi Mellencamp is fighting back after being accused of snubbing Camille Grammer‘s daughter, Mason, on last week’s episode of The Real Housewives of Beverly Hills.

After teasing what is to come on the remaining episodes of season nine, Teddi took to her weekly blog. There, she fought back against Camille’s claims against her. She assured her audience that she would never be rude or dismissive to someone’s child.

“Seeing Camille and Kimber talk about me regarding ‘snubbing’ Camille’s daughter, Mason, was upsetting. I know I’ve gotten in some hot water speaking in absolutes, but I would absolutely never intentionally be rude or dismissive to anybody’s child,” she wrote.

According to Teddi, Camille and her friend were discussing a moment that had taken place between the cast members and their husbands in which they were all waving and saying hello.

“If at any point Mason felt slighted then I am sincerely apologetic,” Teddi said, wondering why Camille declined to discuss the incident with her directly.

“Camille also makes a point to take a jab at my accountability,” she continued. “Seems to be a common theme when people want to bring me and what I do down, but all I can do is laugh it off… I am an accountability coach for health and fitness, not rich people behaving badly.”

As for what is left to come on the remaining episodes of The Real Housewives of Beverly Hills season nine, Teddi said the episodes are “jam-packed” during an interview with Hollywood Life.

“There’s been a lot of drama, but we have so much fun. I’m excited, of course,” Teddi said.

Teddi is also a bit “nervous” to watch the season play out because she has “some rocky times ahead.”

“But, you know what, everything’s a learning opportunity,” she explained. “I have things that I wish I would’ve done differently, but that’s life! If everything’s perfect all of the time then you’re probably not being truthful to who you are.”

Regarding season 10, which will not include longtime star Lisa Vanderpump, Teddi said she’s playing her return “by ear.”