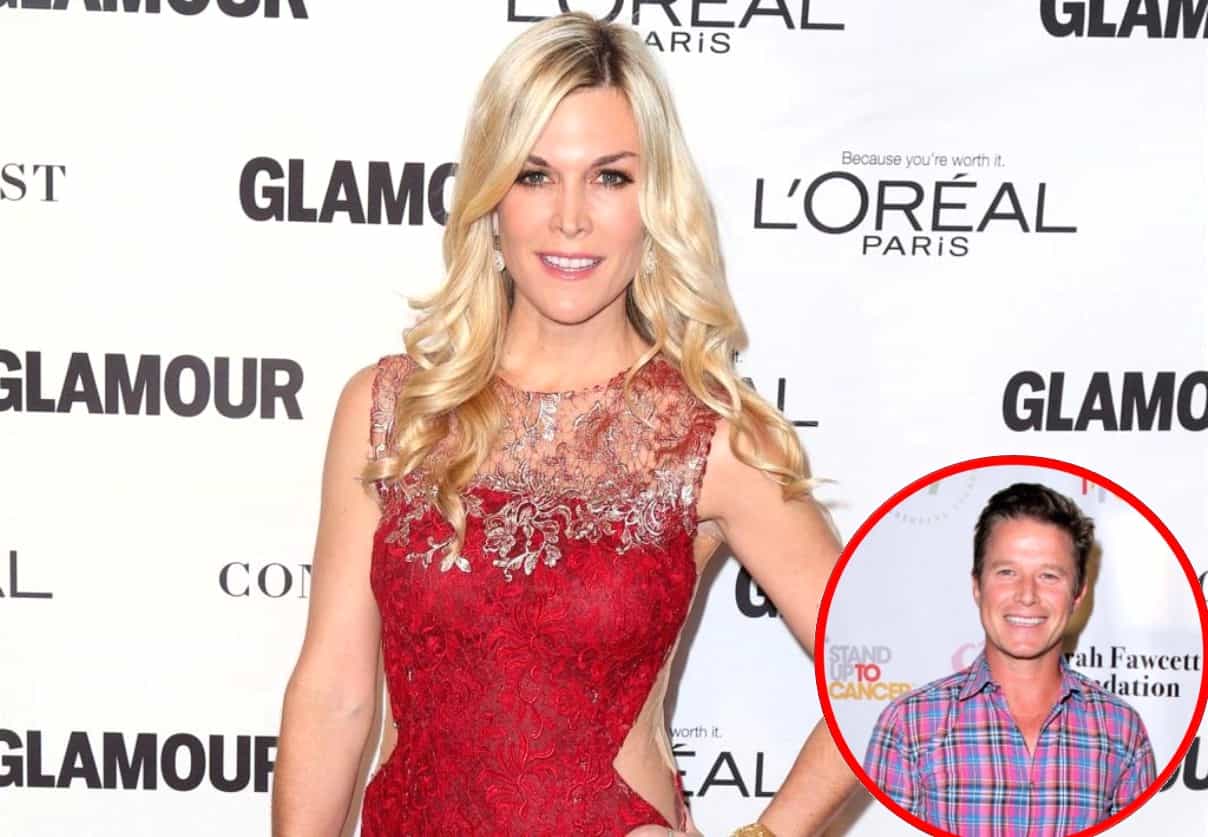 Tinsley Mortimer is speaking out about the recent rumors claiming she is now dating former Access Hollywood co-host Billy Bush.

Following a Radar Online report in which it was suggested that the two were recently spotted getting cozy with one another, the Real Housewives of New York City star has revealed where she and Billy stand.

“Billy and I have been good friends for a long time. And you know, I’m dating,” Tinsley Mortimer told Us Weekly at the launch of her Winky Lux lashes collaboration on June 12. “I’m dating around.”

According to the report, Tinsley and Billy allegedly enjoyed a date at the Brooklyn Bowl on June 1, just weeks after she and Scott Kluth sparked rumors of a reunion when they were photographed holding hands in New York City.

While Tinsley confirmed she and Billy are not involved in an exclusive relationship, she did say she has been dating single fathers. She says she prefers for her friends to set her up with men, as opposed to using dating apps.

“I’m really fully dating again, like fully dating, which is great,” she explained. “I usually would go from one to the next to the next and this time I’m actually really dating and all and guys that all have children. It’s a new thing for me.”

“I just feel like you’re going on an interview,” Tinsley continued. “I’ve always said for me, I, the way I used to date was it was boarding school. You know, you have a couple drinks, you smooch a boy, he becomes your boyfriend. … I’m just sort of not used to going on a date where you don’t know somebody and they’re saying, ‘What do you do?’ and ‘What are you?’ I want to just meet you out or your friends of friends. We have conversations, we chat. It’s no pressure. And then if we have a smooch, we have a smooch. God knows what’s going to happen.”

As for her relationship with Scott, Tinsley said that while she spent a lot of time crying about their ups and downs, she’s finally ready to move on.

“Now that we’re finished and it’s over, I just feel so much more free. I feel great,” she added.